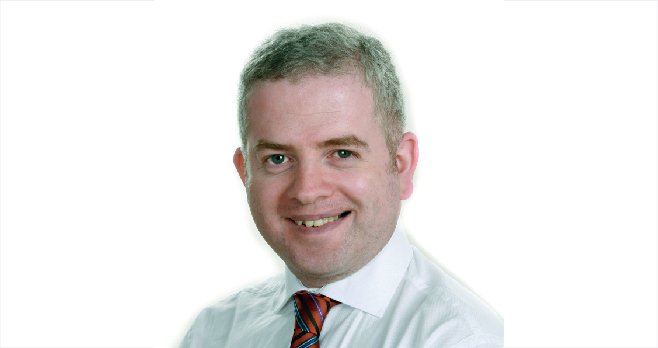 GPs in the West have started to employ the old adage ‘if you want something done right, do it yourself’. In December, a meeting took place in Corofin, Co Clare, as part of the ‘No Doctor No Village’ campaign, during which local politicians heard about the plight of rural GPs and how the lack of support they receive from Government was but one example of the challenges facing rural Ireland. The politicians, who included Fine Gael TDs Pat Breen and Joe Carey, were urged to bring back proposals about ways in which the future viability of rural general practice could be ensured. However, the GPs and audience members found the response they received at the follow-up meeting in January unsatisfactory.

“They had no answers to our problems other than rhetoric, saying the problems would be dealt with sometime soon in the future in the context of GMS negotiations, which was not satisfactory to us,” Clare GP Dr Michael Harty told the Medical Independent (MI).

“Like the first meeting, we had 400/500 people in the hall that night. So that anger and frustration has spread out into rural communities. We have realised that not only are rural GPs under pressure, but also are rural post offices or Garda stations, pubs, shops, schools, credit unions. They are all suffering from the same demise of rural communities in general.”

Following the meeting, the No Doctor No Village campaign, which has been strongly supported by the NAGP, declared it would run a Co Clare GP as a candidate in the upcoming General Election, and subsequently Dr Harty declared his intention to contest the seat. He said he never had the ambition of running for election but decided to do so in light of the challenges being faced by rural general practice and rural communities.

“I walked into Corofin parish hall on 3 December to support my colleagues and on 19 January I was accepting their nomination to run for the Dáil. So this has been a whirlwind six weeks and it is going to be a whirlwind five weeks until the election,” Dr Harty said.

“We have tapped a raw nerve and we are getting a fantastic response. It is not about the doctor, it is not about any one person, or any one group; it is really about community services.”

Recently, Minister for Health Leo Varadkar announced proposals to change the rural practice allowance (RPA) so that any sole practice with fewer than 2,000 people living within three miles will be eligible for a €16,000 grant, a full secretarial allowance and a full practice nurse allowance. It should increase the number of practices in receipt of such supports from about 160 to 250.

Separately, the Minister is also open to restoring distance codes for GPs, which were cut as part of the FEMPI process. This will be the subject of further discussions with the IMO. However, Dr Harty said that the RPA proposals alone, which the IMO have dismissed, are not sufficient to satisfy the aims of the campaign, which also include the return of distance coding and better infrastructural supports for practices.

Mayo GP Dr Jerry Cowley has also expressed his intention to run in the election as an independent candidate as part of the campaign. Unlike Dr Harty, the Chairman of the Rural, Dispensing and Island Doctors of Ireland Association has experience in office, having previously contested Dáil seats (unsuccessfully for Labour during the last election), and was an independent TD from 2002 to 2007. However, he said the decision to run in this election was not an easy, but one that he felt an obligation to make.

“It was a tough decision, it always is,” Dr Cowley told MI.

“It is hassle, and it is expensive, but it is either that or having to cope without the resources we need to run our practices properly. We are advocates for our patients. We have totally and utterly exhausted the democratic process. We have had local meetings with TDs, most of them didn’t turn up and those that did didn’t seem to grasp it and just went away, shrugging their shoulders and saying ‘that is the system and that is the way it is and health is’, but it needn’t be like that. They are the people with the responsibility. We have gone to meet them in Dáil Eireann, we have met the Fine Gael Parliamentary Committee, we have protested outside the Dáil, we have done everything. All that is left is to go for election to force change and that is what we are doing.”

Securing more resources for rural general practice is absolutely vital, according to Dr Cowley. He pointed out that in the UK, 10 per cent of the health budget is given to general practice, whereas in Ireland the figure is 2.5 per cent.

Dr Seamus McMenamin is a GP running as a Green Party candidate in Meath West. Although he is based in Navan town, he is supportive of the No Doctor No Village campaign and is aware of the difficulties faced by his rural colleagues.

“I have been speaking about this for the last year,” Dr McMenamin told MI. “When I decided to run for election, the campaign did not exist, but I fully support the issues it raises. Running for the Green Party has given me the platform to raise issues relating to healthcare at both at national and local level.”

As for local concerns, Dr McMenamin said that a cornerstone of his campaign will be to oppose further cuts to Our Lady of Lourdes Hospital, Navan.

He said that GPs were well placed to contest seats in the General Election due to their trusted place in local communities, knowledge of key issues and experience in dealing with public and private institutions.

“It is a big commitment, and not one to be taken lightly, but it should be remembered that GPs have the potential to make an even bigger contribution to healthcare by working within the political system than they are able to do just in their individual practice,” he said.

Whether the general public votes-in these GP candidates to the Dáil remains to be seen, but their campaigns are providing a timely and much-needed public platform for rural GP issues.