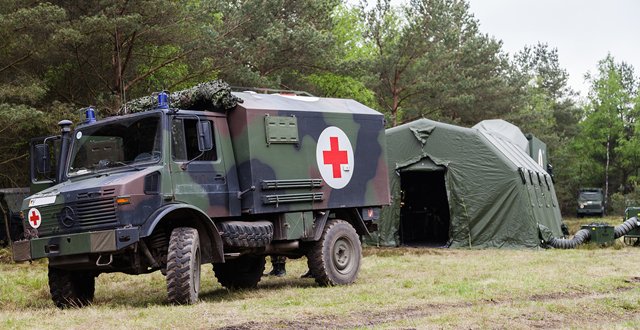 Last year  (5 November 2015), the Medical Independent (MI) reported that the Department of Defence was considering what funding it may commit to a proposed specialist training programme in military medicine allied to general practice.

Last year, former Minister for Health Leo Varadkar announced that he had approved the decision of the Medical Council to recognise military medicine as a distinct specialty.

However, last week a Department of Defence spokesperson told MI that progress on funding cannot be made until a formal agreement with the HSE is approved. The spokesperson gave no date as to when this is expected.

“Proposals for the programme are still being developed and will be subject to formal agreement with the HSE and approval by the Medical Council,” a Department of Defence spokesperson told MI.

“Until the detail of the scheme has been finalised, including agreement with the HSE, it is not possible at this stage to provide information on funding.”

Established training under the specialty will result in dual qualification in military medicine and general practice.

“A proposal for recognition of military medicine on the Specialist Register of the Medical Council has been under consideration for some time,” confirmed the Department spokesperson.

“One of the objectives of such a programme is to increase the attractiveness of a career in the Defence Forces for medical graduates who will undergo a programme of ongoing and programmed professional development for the purposes of achieving a specialism in the areas of military medicine and general practice and being placed on the specialist register in this regard.”