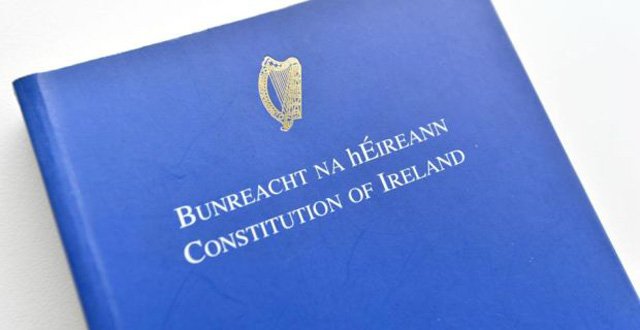 The Iron Lady Maggie Thatcher was never an icon of mine but, boy, could she say ‘no’, even to those feisty Irish. She said ‘no’ to three proposals for peace in the North. She did not follow-up with any constructive ideas of her own. Not too long afterwards, real dialogue did begin, which ultimately led to the peace in Ireland that we enjoy.

Maybe she is like me, in that I like to say ‘no’ first while I consider my position. I find the response by the other person helpful. If they differ in their opinion from me but respect my right to my opinion, I find I am more able to respect and listen to their point of view. If, on the other hand, they react with high emotion, anger, threat and manipulation, I find that I close my doors to further dialogue. I raise the bridge to my castle and concentrate on the threat and how I might defend myself against it.

If you are not listening to me, why on earth would I listen to you? This realisation hit me most obviously in relation to pharmaceutical reps visiting me in my GP surgery. It became the new vogue to sell the merits of three different drugs… on my time. So I developed a response. I wanted to hear new important information, but at the same time, I was hearing about a few drugs repeatedly.

So my response was to ask them to talk about one drug only. This went over the head of some reps and they continued on their merry way, as scripted in ‘rep school’. They tried to talk at me about, yes, three different drugs, indifferent to my glazed-over eyes. I remember nothing of this, because I was not there. If you expect me to listen, you first need to listen too. Some more mature reps, or should I say, more ‘emotionally intelligent’ reps, would hear what I said and give me a lot of information about their chosen drug, cream or application.

Better reps would take my less-than-subtle hint about one drug and ask me which of the three drugs I wanted to talk about; which drug would be most helpful for me to hear about? Happy days! But the gold star award went to the rep who never mentioned their wares directly and talked about other current events such as the Triple Crown, the Eighth Amendment or whatever you are having yourself, boss. They were real people having real relationships. We both knew our role in this sales dance and so I took my responsibility seriously and interrupted our pleasant tea-time natter with the obvious question: “So I suppose you are selling that drug of yours. Any new things I need to know?” The relationship continued.

And so in the upcoming debate about the Eighth Amendment, I am going to keep focused on my promise to say ‘no’ — ‘no’ to doctors having to consider that they might spend 14 years in jail, or even gaol, for the offensive thought and act of trying their best on the front line. Where the law prefers days and weeks and even years to decide what the right course of action is, in a particular set of circumstances, the doctor wants to save as many lives as possible and cause the least harm. The law and the delay caused by indecision can lead to the worst of all outcomes. We do not need to name those we have lost in these circumstances.

I am saying ‘yes’ to scrapping this Eighth Amendment. We need laws and constitutions that reflect the real world, with real people struggling to do the right thing. Compassion and fairness in a democratic world is what I want from the Irish Constitution.