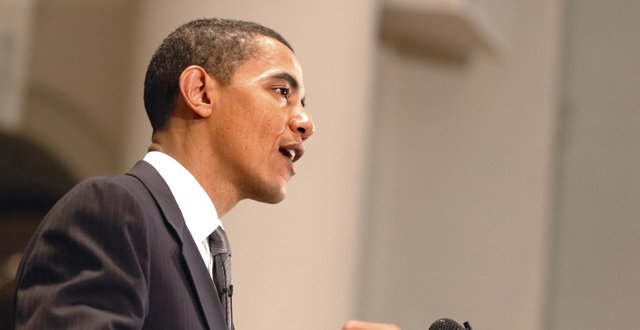 In an impassioned pledge to prevail against the scourge of cancer, US President Barack Obama said America would not let up until this battle succeeded. “Let’s make America the country that cures cancer once and for all,” the President declared in his speech before Congress last month.

He vowed to put the necessary resources into finding a cure for the disease, comparing the task to President John F Kennedy’s famous ‘Moonshot’ pledge in the ’60s to win the race to the moon, which America went on to do in 1969. “We built a space programme almost overnight. And 12 years later, we were walking on the moon,” the President said.

He announced he was putting his Vice President, Joe Biden, in charge of “mission control” in the endeavour. When Biden’s son, Beau, died of brain cancer last year, he promised to spend his remaining years doing all he could to battle cancer. He helped get Congress to add $264 million to the US National Cancer Institute’s budget in the 2016 Congressional Spending Bill, part of a $2 billion increase for the National Institutes of Health.

In comparison to previous State of the Union addresses delivered by other Presidents, this final one of Obama’s presidency stood out in its level of passion and commitment in putting medical issues centre stage.

But while the President’s pledge is laudable and his commitment unquestionable, some US analysts have suggested it was an overreach and that fighting cancer is far more complicated than the race to the moon.

For example, even considering the myriad different varieties of cancers, there was never going to be a ‘one-stop shop’ solution.

“There is nothing wrong with calling for a national commitment to do something that’s very hard and often very expensive. Indeed, it’s a form of presidential malpractice to see a grave problem and not do that. Obama and (Republican President Richard) Nixon before him (in 1971) deserve credit for throwing down that challenge flag against cancer. But this moon is actually many moons,” said Time Magazine’s Jeffrey Kluger. “Expecting a single, final victory will only make us fail to notice the smaller, more incremental ones when they come.”

The battle against cancer does require the resources and commitment that, in many ways, only America can provide

Still, the battle against cancer does require the resources and commitment that, in many ways, only America can provide. So US leadership in the battle is essential.

Biden has already started working on Obama’s pledge. “The goal of this initiative  —  this ‘Moonshot’ —  is to seize this moment, to accelerate our efforts to progress towards a cure, and to unleash new discoveries and breakthroughs for other deadly diseases,” Biden said.

“Several cutting-edge areas of research and care  —  including cancer immunotherapy, genomics, and combination therapies  —  could be revolutionary. Innovations in data and technology offer the promise to speed research advances and improve care delivery.

“But the science, data and research results are trapped in silos, preventing faster progress and greater reach to patients. It’s not just about developing game-changing treatments  —  it’s about delivering them to those who need them.”

He is focusing, therefore, on two practical steps: “To increase resources,  both private and public, to fight cancer; and to break down silos and bring all the cancer fighters together  —  to work together, share information and end cancer as we know it.”

Over the next 12 months, Biden plans to lead a combined effort by government, private industry, researchers, physicians, patients and philanthropies to target investment, co-ordinate efforts and increase access to information.

Three days after Obama’s address, Biden travelled to the Abramson Cancer Centre at the University of Pennsylvania’s Perelman School of Medicine, where he told physicians and researchers that he expects the President to issue an executive order shortly that will put all federal agencies and departments at his disposal. He also added that he recognises that defeating cancer is a long-term undertaking. “My commitment is not for the next 12 months,” he said. “I plan on doing this the rest of my life.”

Biden attended the World Economic Forum in Davos, Switzerland, last month to discuss the state of cancer research and treatment with a group of international experts. He is also in the process of convening the first of several meetings with cabinet secretaries and heads of relevant agencies to discuss ways to improve federal investment and support for cancer research and treatment. He is committed, he says, to “double the rate of progress. To make a decade worth of advances in five years”.

President Obama, in his address, also set America’s sights on fighting malaria and helping African countries to prevent epidemics like Ebola from emerging in the future as global threats.

“On issues of global concern, we will mobilise the world to work with us… that’s how we stopped the spread of Ebola in West Africa. Our military, our doctors, our development workers — they were heroic. They set up the platform that then allowed other countries to join in behind us and stamp out that epidemic. Hundreds of thousands, maybe a couple million lives were saved,” he said.

“When we help African countries feed their people and care for the sick, it’s the right thing to do, and it prevents the next pandemic from reaching our shores. Right now, we’re on track to end the scourge of HIV/AIDS. That’s within our grasp. And we have the chance to accomplish the same thing with malaria — something I’ll be pushing this Congress to fund this year.”

Obama may now be a ‘lame duck’ President, since he’s entered his final year in office, but he was clearly paving the way for his successor —  if it is a Democrat — to take up these issues and run with them in office in the years ahead.

Another priority for Obama will be ensuring his central healthcare legacy endures in the form of the Affordable Care Act, aka Obamacare, which has made health insurance affordable to millions more Americans during his presidency.

With no Republican support, the then Democratic-controlled Congress passed the measure in 2010, designed to extend healthcare coverage to more than 30 million uninsured people. Over 19 million have now signed up for Obamacare.

Obama recently revealed that the passage of the Act was the best moment of his presidency. But, despite its success, it remains a fragile legacy.

There are growing concerns that unless Republicans in Congress can come up with an alternative insurance plan soon, the task could fall to their current presidential frontrunner, Donald Trump

Ever since its passage, Republicans, through political and court challenges, have tried to repeal key parts of the law. Earlier in January, they finally passed a repeal bill in the House of Representatives and the Senate for the first time. But when it came to his desk, President Obama followed through on his pledge to veto the bill.

“Republicans in the Congress have attempted to repeal or undermine the Affordable Care Act over 50 times,” he said in his letter to lawmakers after his veto. “Because of the harm this bill would cause to the health and financial security of millions of Americans, it has earned my veto.”

But Congress is not giving up on its efforts. Repealing the Act has become a central issue for every Republican candidate seeking to become the party’s nominee in this year’s US Presidential Election, with each vowing to doom the Act as a priority if elected to the White House. They have, however, failed to come up with any alternative to the Act.

The Democratic candidates, led by front-runner Hillary Clinton, have all rowed-in behind the Act to varying degrees, with Clinton in particular vowing to preserve and expand it if elected.

Clinton, however, comes to the healthcare issue with a mixed record. It goes back to the presidency of her husband, Bill Clinton, when he put her in charge of what turned out to be a failed push for comprehensive reform in 1993, though she did succeed in getting congressional passage of a children’s health insurance programme that insured eight million children.

There are growing concerns that unless Republicans in Congress can come up with an alternative insurance plan soon, the task could fall to their current presidential frontrunner, Donald Trump. He has praised single-payer systems and says his healthcare plan will be “something terrific” and that it will cover everyone.

But he has failed to flesh-out details, opting instead for vague promises. “I am going to take care of everybody,” Trump said recently on CBS in response to a question about universal health coverage. “I don’t care if it costs me votes or not. Everybody’s going to be taken care of much better than they’re taken care of now.”

He also said he would negotiate with hospitals to take care of people but offered few specifics on how he would actually pay for his plan, saying only that “the government’s gonna pay for it… but for the most part, it’s going to be a private plan and people are going to be able to go out and negotiate great plans with lots of different competition with lots of competitors with great companies and they can have their doctors, they can have plans, they can have everything”.

Typical election-speak, but it is hardly going to be a recipe for a comprehensive or practical replacement for what is likely to stand as President Obama’s enduring legacy — the Affordable Care Act.

Then again, it all depends on which party’s standard-bearer wins the presidency because if Republicans continue to control both houses of Congress and then win the White House later this year, it will likely spell the end of that legacy — along with prioritising global healthcare challenges.