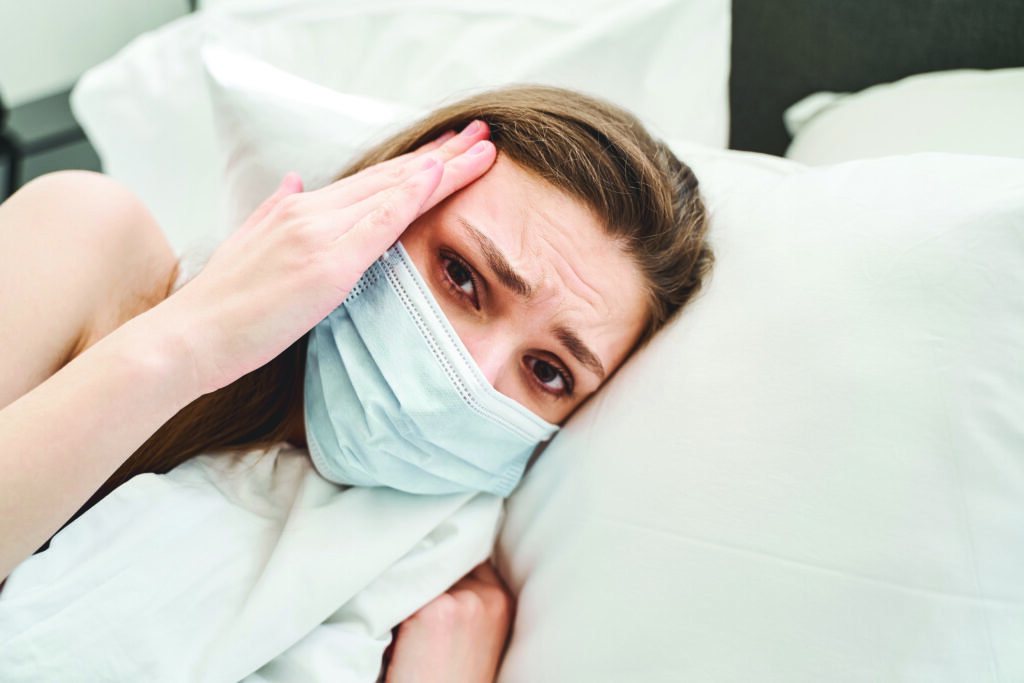 While it is estimated that approximately 15 per cent of the population in Ireland suffers with insomnia, healthcare providers have become increasingly aware that the onset of the Covid-19 pandemic and the recent lockdown have further exacerbated sleep problems. Insomnia is known to be more prevalent in certain groups, such as people aged over 60, women, and those living with irregular schedules and chronic disease.

The Irish Heart Foundation has acknowledged that “Covid-19 has also caused our normal routines to go haywire, and so we can add further sleep-disrupting factors to this list: Sleeping in, financial worries, job insecurity, health anxiety and social isolation. This provides fertile ground for insomnia.”1

The hormone melatonin can play an important role in the natural sleep-wake cycle and melatonin supplementation is used to augment the body’s natural production and help overcome transient problems with the sleep-wake cycle caused by irregular work patterns or jetlag, for example. Delayed Sleep-Wake Phase Disorder (DSWPD) has been associated with poor work and academic performance, adverse economic and social outcomes, as well as morbidity, including depression.

A randomised clinical trial published in 2018 was conducted on Australian patients with a delayed endogenous melatonin rhythm relative to patient-desired (or required) bedtime (DBT). The participants were randomised to four-week treatment with 0.5mg fast-release melatonin or placebo one hour before DBT for at least five consecutive nights per week, including sleep-wake scheduling, with the primary outcome of actigraphic sleep onset time.
While the clinical benefits and/or safety of melatonin with long-term treatment were not assessed the authors concluded:

“In this study, melatonin treatment one hour prior to DBT combined with behavioural sleep-wake scheduling was efficacious for improving objective and subjective measures of sleep disturbances and sleep-related impairments in DSWPD patients with delayed circadian phase relative to DBT.”

“Improvements were achieved largely through the sleep-promoting effects of melatonin, combined with behavioural sleep-wake scheduling.”
However, a separate study looked at the longer-term use of paediatric prolonged-release melatonin (PedPRM) for insomnia in children with autism spectrum disorder (ASD) to assess its safety and efficacy. Eighty children and adolescents aged two-to-17.5 years of age, 96 of whom had diagnosed autism spectrum disorder, completed the double-blind, placebo-controlled trial. The participants were administered 2mg, 5mg, or 10mg PedPRM nightly up to 104 weeks, followed by a two-week placebo period to assess withdrawal effects.

The authors pointed out that the prevalence of insomnia in children and adolescents with ASD is high compared with their typically-developing peers, with the prevalence in children with ASD estimated at between 50-to-80 per cent. The most frequent problems are difficulty falling asleep and maintaining sleep, at approximately 40 per cent and 35 per cent, respectively.

Following administration of PedPRM for the 104-week period, improvements were noted in both sleep disturbance and caregiver satisfaction, wrote the authors, with better child sleep patterns, quality-of-sleep, and quality-of-life maintained throughout the 104-week treatment period.

There were no safety issues highlighted in the study, they wrote: “Nightly PedPRM at optimal dose (2, 5, or 10mg nightly) is safe and effective for long-term treatment in children and adolescents with autism spectrum disorder and insomnia. There were no observed detrimental effects on children’s growth and pubertal development and no withdrawal or safety issues related to the use or discontinuation of the drug.”3

A study published in 2017 highlighted that some medications used to treat sleep disorders have the potential for dependence and addiction, as well as possible cognitive impairment. As well as melatonin’s potential to help improve sleep patterns in children with ASD, as mentioned above, the authors pointed out that clinical trials have shown that melatonin is also effective in treating adolescents with depression, women with premenstrual dysphoric disorder, hypertensive patients taking beta-blockers, and children with attention-deficit/hyperactivity disorder.
The authors also state that melatonin has been shown “to ameliorate the complications caused by SBDs [sleep-breathing disorders] in both animal models, as well as human clinical trials” and “by modulating autophagy through the 5′ adenosine monophosphate-activated protein kinase pathway, melatonin protects against chronic intermittent hypoxia-induced cardiac hypertrophy in rats”.

They concluded: “In this paper, the effects of melatonin on sleep disorders are comprehensively described. For SBDs, current treatments such as CPAP, orthodontic appliances and surgery do not achieve satisfactory results. Melatonin is effective for ameliorating insomnia, SBDs, central disorders of hypersomnolence, CRSWDs [circadian rhythm sleep-wake disorder] and parasomnias without physical dependence, addiction and other significant adverse reactions.

More studies – especially large-scale clinical trials – are warranted, and long-term adverse effects of melatonin must be addressed.” As anecdotal evidence continues to emerge on increased stress, disrupted work schedules and sleep disturbances during the Covid-19 pandemic, pharmacists are ideally placed as the community’s most accessible healthcare professional to advise on lifestyle modifications and supplementation to help promote healthy sleeping patterns.