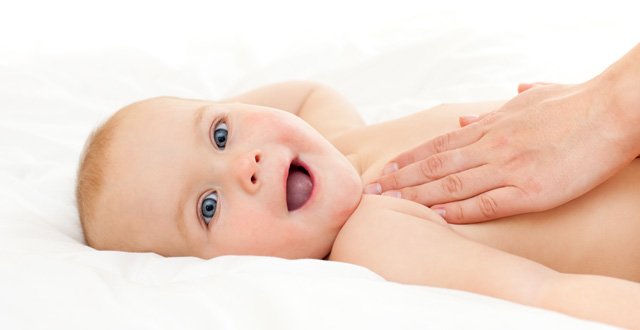 The microbiome is the entire collection of micro-organisms, bacteria, viruses and fungi that live in our bodies. There is evidence that a healthy microbiome is crucial for ensuring an individual’s immune system is strong, their digestive system runs smoothly, their hormone levels are balanced and that their brain is functioning properly. It is also known that a baby’s microbiome is dictated by the mother. The Microbe Mom project is set to test whether the addition of a probiotic will benefit a mother’s microbiome and whether these benefits will be passed on to her newborn child. Led by Prof Fionnuala McAuliffe, University College Dublin Professor of Obstetrics and Gynaecology at the National Maternity Hospital, Dublin, the study is the first study of its kind in Ireland and is also novel in global terms.

The Microbe Mom study is set to begin this summer. It will follow mothers through pregnancy and their children up to one month after birth, said Prof McAuliffe. She said a huge amount of work goes into the preparation of such a study, as potential participants must decide whether they wish to take part, with some not willing and others agreeing but dropping out at a later stage. It can take two or three years to get the numbers needed.

Once the trial has started, the women will be followed through pregnancy and post-birth. The entire process could take four or five years before useful data is produced, said Prof McAuliffe. There is no doubt that longitudinal studies such as this can yield rich and useful data, she said, but funding bodies in Ireland and the Government need to be educated on their potential benefits. She cited a long-term cohort of children just turning 10 years old, who were recruited into an early pregnancy study with which she was involved. Studies of this nature cost money, as people have to be followed up, kept engaged and attend for visits. Such costs have meant that funding has usually been difficult to source.

Prof McAuliffe said the ROLO (Low glycaemic index diet in pregnancy to prevent macrosomia) study, with which she was involved, was a good example of a longitudinal study that has yielded rich and useful data. Women were recruited for that particular study in early pregnancy and given a low GI diet. The children were born and followed up to the age of five years, and more recently as they turned nine and 10. There is data available over a period of 10 years, starting from early pregnancy, and more funding is needed for other long-term studies, outlined Prof McAuliffe.

After a lot of preparatory work, the Microbe Mom project is about to begin as a five-year research programme centred on the microbiome. Prof McAuliffe said the goal is to look closely at mothers and their diet, and other possible factors affecting the transfer of her microbiome to her baby. She said most of the newborn’s microbiome comes from the mother and this means that whatever influences the mother’s microbiome will also influence the baby’s microbiome.

One of the key questions for researchers is, how and when does the mother transfer her microbiome to her baby? Does this happen during the passage of the baby through the birth canal? Does it happen during breast-feeding? Prof McAuliffe said that saliva, skin and stool samples will be taken from mothers in early pregnancy, while samples will also be collected from newborns. A comparison of the samples over time can help to determine the nature of how the microbiome is passed from mothers to their babies.

There will also be an examination of the clinical factors that may influence the transfer. Did the woman have a vaginal or Caesarean birth; did she breast-feed or use infant formula? The mothers will also be given a probiotic in early pregnancy to see if this transfers from mother to baby. Prof McAuliffe said the strategy in this case will be to try and identify the probiotic in the mother’s gut first and subsequently in that of her baby.

The mother’s microbiome will dictate the nature of the baby’s microbiome, said Prof McAuliffe. Therefore, if it is possible to identify a certain diet, for example, that will promote a positive microbiome in the mother, this would provide evidence that this diet in the mother is also beneficial for the baby. She said that, apart from diet, there are many other factors likely to influence the microbiome, including exercise and factors such as body mass index, insulin resistance and gestational diabetes.

The findings from microbiota studies in mice are amazing, said Prof McAuliffe, and raise the possibility that microbiota in humans might influence metabolism. For example, one mouse research project took the microbiota from an obese mouse, inserted it into a thin mouse, and the thin mouse became obese.

The suggestion that the microbiome influences metabolism in mice, and perhaps humans too, makes sense. Some people eat a lot and remain thin, while others who eat a similar amount will become overweight. There is evidence that suggests the microbiota in the gut determines how food is metabolised, said Prof McAuliffe. Some microbiota slow-up the release of energy from food, while others will speed up this process, she said.

Prof McAuliffe has experience in conducting a randomised trial with probiotics, which will be beneficial to Microbe Mom. One such trial demonstrated the beneficial effects of lipids, which are an important source of fuel for the foetus.

“One of the problems we have is that if women are on poor diets, with a lot of fat in their diet, the babies are getting quite large and that is putting the babies at risk of childhood obesity,” said Prof McAuliffe. “In that one study, we reduced the mother’s triglycerides, so that’s quite positive, that probiotics might reduce triglycerides in the mother, which might reduce fat transfer to the baby.”

The microbiome of each person will be different and there are also variances between populations, said Prof McAuliffe. For example, people in Africa would have a very different microbiome to that of Irish people, but a similar one compared to other Africans. These differences are likely down to genetic and cultural factors, as well as differences in diet, she said. This means that any study of the microbiome should take account of the fact that people living near each other, and from similar backgrounds, will have similar microbiota.

The Microbe Mom project has the potential to bring about major change in the way pregnancy and health is managed in the future, said Prof McAuliffe. If the study provides proof that a certain diet and probiotic promotes a healthy microbiome, then this will lead to an evidence-based intervention to promote healthy pregnancy. “There is a huge potential for healthier pregnancy for the mother; less diabetes, less weight gain for the baby, less overweight and a healthier metabolism from day one,” she said.

Prof McAuliffe does not anticipate that Microbe Mom will lead to new drug targets, primarily because interventions in pregnancy are unlikely to be pharmacological due to the safety concerns. Health in pregnancy is not about giving someone a tablet, she said, but concerns the more difficult challenge of getting people to change their behaviour by eating healthier and exercising.

“While it is harder work and it is not as interesting, it is more beneficial for the individual,” said Prof McAuliffe. “A pregnant mother is open to advice and we have shown that they’re quite keen to go into studies; they are showing themselves to amend their diets in a healthy way, they are willing to take probiotics,” said Prof McAuliffe. “That gets them thinking of maybe putting their children on a healthy start.

“If you are looking at childhood obesity, you really need to look before birth and pregnancy because a lot of the ‘scene is set’, shall we say, by the time the baby is born. The baby’s metabolism is set by the in utero environment, so a lot of the processes are already in play at birth. Our study will see whether there are certain aspects of diet that promote a healthy microbiota, which would then promote a healthy newborn microbiota.”