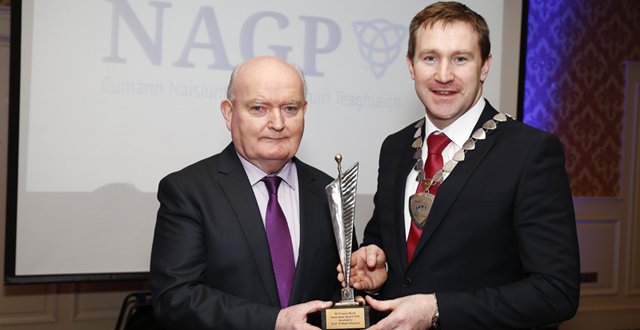 Dr Rynd (1801-1861) was an Irish physician who became famous for inventing the hollow needle used in hypodermic syringes.

Prof Shannon recounted how he had faced scepticism when he hired a practice nurse in the 1970s; “what can she bring to the practice, I was asked,” noting how general practice in Ireland has transformed since then. He said he preferred the term family doctors, as opposed to primacy care physicians to describe GPs, as “we see everything, from the cradle to the grave”.

Prof Shannon told the meeting that he has visited 24 medical schools in the US and Canada in recent years, where he has received consistent excellent feedback on the quality of Irish GP graduates.

Acknowledging that GPs are on the cusp of receiving a new GMS contract, Prof Shannon pointed out that talks on the current GMS contract, which was introduced in the 1970s, began in the 1960s, “so it has taken half a century to get a new contract”.

He was also critical of the continuing failure to adequately resource primary care in Ireland. “90 per cent of Irish healthcare is delivered by primary care, which gets just 10 per cent of the budget. You do the maths.”

Following his speech, Prof Shannon received a standing ovation and was presented with his award by NAGP President Dr Emmet Kerin.