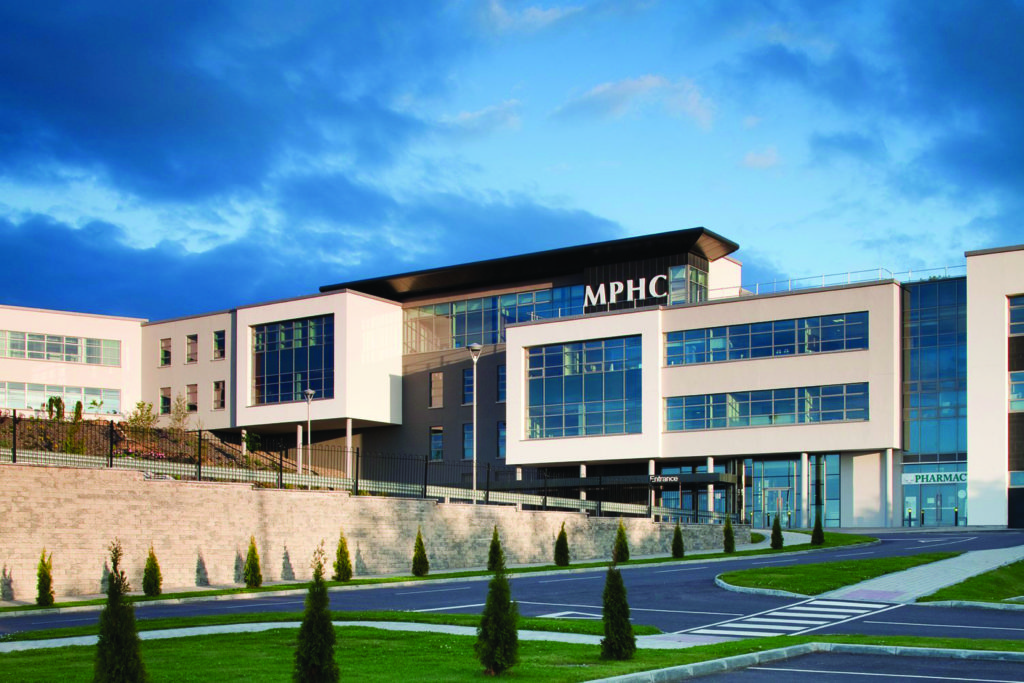 Mallow Primary Healthcare Centre opened to the public nearly a decade ago with the plan of developing a world-class healthcare facility at the heart of the community. Niamh Cahill looks at how far the centre has come since its inception and the challenges facing primary care centres at a national level

Mallow Primary Healthcare Centre (MPHC), Cork, opened in 2010 to much fanfare. It was, as its website states, “Ireland’s first and largest primary healthcare centre, with both GPs and HSE community services working out of the same location.”

Following on from the launch of Living Health Clinic, Mitchelstown, in 2008, the centres brought with them great hope and promise for the future of integrated primary and GP care in Ireland.

Politicians were seeking a healthcare system that provides care as close to home as possible. With hospital overcrowding on the rise, new ways of providing care were being explored.

As Dr David Molony, GP at MPHC, told the Medical Independent (MI), after seven years of hard work and negotiations, the GP-developed centre became the first to enter into a contract with the State. “It took two years alone to devise the leasing contract,” Dr Molony said.

With 10 local GPs on board, the centre finally opened nine years ago at a cost of €26 million. Following an economic downturn, however, it would be sold in 2018 for €20 million to a specialist UK healthcare investment trust.

The advantages of all being in the one centre were meeting people, familiarity and helping communication

Developed with the aim of increasing activity in primary care, the centre established what is termed a ‘fourth practice’, which saw the existing three GP practices working together to provide “hospital-type” services in the community.

The ‘fourth practice’, in line with its vision to enhance primary care, offered new facilities previously not provided in primary care.

It focused on research, education, audit and achieved world-class centre standards to highlight the merit of its endeavours.

This, for example, included the development of a warfarin clinic, which Dr Molony said proved “very successful” for patients.

The EARLI (Early Admission Risk Likelihood Index) study, which examined patients over 70 years of age registered at the centre resulted in a reduction in emergency hospital admissions among the patients surveyed. This was achieved through greater support and earlier intervention.

The pioneering centre launched the retinopathy screening project in 2010/2011 in advance of the development of the National Diabetic Retina Screening Programme.

The GP out-of-hours service for Cork and Kerry, SouthDoc, also operates from the building.

Multidisciplinary team meetings are held every week and all clinical personnel are invited to attend, including physiotherapists, pharmacists, speech and language therapists and public health nurses.

“The advantages of all being in the one centre were meeting people, familiarity and helping communication,” Dr Molony said.

Despite the best efforts of GPs and staff, the centre, along with other similar healthcare facilities, did not escape the fallout from the economic crash.

Looking back at this time, Dr Molony describes it as an “unpleasant memory”.

“Healthcare became budget care… Saving money was the priority and this affected GPs too with FEMPI — 2011 onwards were horrific years.”

Dr Molony notes that the original financial projections for the centre changed dramatically when the crash occurred.

The downturn meant that promised State support for the centre following its launch never materialised.

“We were in a precarious position but we renegotiated our arrangements and cut our responsibilities to enable us to sell it,” he explained.

“It was a time when the State was trying to pull in all resources and this hit general practice badly but hit us worse, as we had higher rents…They were difficult years but thankfully we’re coming out of that now.”

Dr Molony concedes that most primary care centres have now been sold to “bigger companies”, with the original GP developer-led model now extinct.

Unfortunately, there was “no choice” in the matter, he said.

MPHC was sold to UK based Primary Health Properties for €20 million last year. “We were lucky to come out the other end and manage our debt. It would have been impossible for us as GPs to continue ownership.”

It is now the case that a number of primary care centres are in significant debt.

Some have been sold. Even in these cases, not all stakeholders, including GP investors, have been able to retrieve their original investment.

The primary care centre model envisioned in the early noughties is not the same as it is today, according to Dr Molony.

“When we set up the centre, we incorporated minor surgery and endoscopy space into the design. But 10 years later, these are still not operational,” he noted.

He believes space, staff and infrastructure are all required to change the delivery of primary care, but said new primary care centres are not being developed with extra space for new services.

“New centres are now mainly developer-led and are full from day one, so they can’t deliver new services,” he explained.

The healthcare service, he said, “is doomed by silos”. The advantage of the original primary care centre model, which included extra space for new services, was that it sought to reduce silos and increase integrated care.

The HSE National Service Plan 2019 commits to the continued delivery of centres “through a combination of direct building by the HSE, working with the private sector using an operational lease arrangement, and through a public-private partnership mechanism”.

Around 20 centres are due to open or complete refurbishment in 2019 and 2020, according to the plan. No further centres are currently projected beyond 2020.

The primary care centre public-private partnership project, launched in 2012, heralding the development of 14 new centres at a cost of €115 million is now complete, with all centres now established.

More than 10,000 HSE staff are employed in primary care, but it is unclear how many of these work out of primary care centres.

Indeed, some centres, because of the lack of full-time staff, are viewed as virtually empty ‘white elephants’.

More recently, a gynaecology consultant service was established there six months ago, with the help of Prof John Higgins, Clinical Director of Services at Cork University Maternity Hospital.

According to Dr Molony, the service is helping to ease the long waiting lists for gynaecology services in the region and acts as a “model of things that can be done and can work” in primary care.

The ‘fourth practice’, which boasts 30 services in all, is a perfect example of how more services can be performed in primary care, which is in line with Government plans, he said.

While MPHC has managed to thrive despite the downturn, other centres have failed to attract GPs and boost services.

With little or no space assigned for such services in new primary care centres, how will more care closer to home be provided in line with Sláintecare plans?