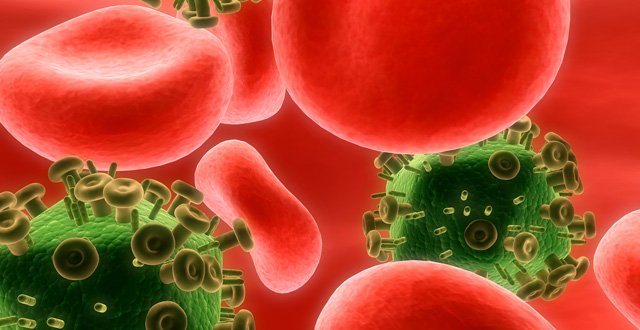 Post-exposure prophylaxis (PEP) is any prophylactic treatment started after an exposure to a disease. PEP is currently licensed in Ireland under specialist supervision following HIV exposure either sexually or following a needle-stick injury. Pre-exposure prophylaxis (PrEP), on the other hand, is a medical or public health procedure used before an exposure to prevent a disease rather than treat or cure it.

One such PrEP is malaria prophylaxis, given to travellers to countries where the disease is endemic. PrEP has, in the past, been used in serodiscordant couples where one partner is HIV positive and the other negative and where the woman is keen to become pregnant and the positive partner is not on antiretroviral therapy (ART). The HIV-negative partner uses prEP for a defined time around the planned time of conception and it is a powerful tool to limit HIV infection from sexual intercourse. This has lessened the need for specialist and expensive sperm-washing or artificial insemination in many cases. As more HIV-positive individuals are now on ART and are virally suppressed, the need for peri-conceptual PrEP has greatly diminished.

What about using PrEP indefinitely as a HIV prevention tool? In 2007, the iPrEx study enrolled 2,499 individuals to take part in a clinical trial. The trial involved six countries worldwide, including the US. This was the first trial to study the effectiveness of continuous PrEP use in preventing HIV infection. All participants in the study received monthly HIV testing, safe-sex counselling, condoms and STI treatment where appropriate. Half of the participants received a well-established antiretroviral therapy (emtricitabine and tenofovir disoproxil fumarate) and the other half received a placebo.

The results of this study were interesting. There was a 43.8 per cent reduction in HIV infection in those taking ART. Time Magazine hailed the iPrEx Study results as the “most significant medical breakthrough of 2010”. It has been estimated that taking ART every day would be 99 per cent effective in preventing HIV infection.

PrEP has, in the past, been used in serodiscordant couples where one partner is HIV-positive and the other negative and where the woman is keen to become pregnant and the positive partner is not on antiretroviral therapy

This is comparable to consistent and careful condom use, which apart from abstinence has up to now been the best sexually-acquired HIV prevention strategy.

The US Centre for Disease Control (CDC) had a more tempered initial response to iPrEx at this time. It argued that PrEP has been shown to reduce HIV infection among men who have sex with men (MSM) and not heterosexuals or injecting drug-users. The TDF2 trial in Botswana, however, showed a 63 per cent reduced risk of HIV infection in heterosexual men and women. Used correctly, PrEP appears to be effective.

The early PrEP data from studies that use once-a-day emtricitabine and tenofovir disoproxil fumarate seems very promising. In the UK, the PROUD study is an ongoing, randomised, two-year study with two groups of MSM — where one receives PrEP from the start and the other receives the medication after 12 months, ie, the deferred group.

HIV resistance to PrEP can also be a problem. HIV resistance can only occur in the context of active infection. It can occur if someone becomes infected with HIV either as a consequence of poor adherence or in the ‘window period’ where the person is infected following negative antibody testing.

Another problem with PrEP is that in studies, one-in-five MSM admitted that they would be less likely to use condoms with PrEP. This could increase potential exposure to other sexually-transmitted diseases such as syphilis, herpes or hepatitis.

Side-effects of PrEP are also a reality. Bone mineral density loss and proximal tubular nephrotoxicity are rare but potential side-effects of the tenofovir component of emtricitabine and tenofovir disoproxil fumarate and, as such, regular monitoring is clinically indicated. ART can be prescribed to those already affected by HIV and they will benefit hugely by the resolution of immune function but the real risk of adverse events in the otherwise well, who do not have HIV, may not warrant the long-term use of PrEP.

In February of this year, the final results of the PROUD study were reported at the 2015 annual Conference on Retroviruses and Opportunistic Infections (CROI) in Seattle. It appears, according to the published study results, that PrEP may reduce the risk of HIV infection in by 86 per cent. Those taking PrEP were much protected against HIV infection if their adherence was high, 1.3 per cent in the immediate vs 8.9 per cent in the deferred arm. Their side-effect profiles were low: Of the 30 who stopped PrEP, only 13 were PrEP-related and 11 of those could resume PrEP with no clinical consequences. Interestingly, sexual behaviour and sexually-transmitted infection rates did not change in the 12 months, comparable in both groups, and drug resistance was rare.

The recent guidelines developed by the CDC (May, 2014) advised that PrEP should be considered for HIV-uninfected patients with any of the following indications:

All studies on the use of HIV PrEP stress the need for regular safe-sex counselling and medical review.

There are also cost implications. It has been estimated that one month of PrEP could cost in the region of €500. The emtricitabine and tenofovir disoproxil fumarate combination therapy is due to come off patent in 2018 and this might drive the price down. In the US, many insurance companies are now paying for PrEP. In the UK, it is only available in the setting of a clinical trial but the NHS is being targeted by stakeholders to fund PrEP going forward. Current expert advice in Ireland has not yet endorsed long-term use of PrEP to prevent HIV infection and as in other countries, there are funding concerns.

Consistent condom use, regular HIV and STI testing and a reduction in the number of sexual partners is still advocated. There is a concern that ad hoc prescribing or illicit procurement of PrEP will most certainly lead to abuse of the ARTs and ultimately to HIV infection and drug resistance.

Data on the long-term use of PrEP is awaited.

He was advised that monotherapy with emtricitabine and tenofovir disoproxil fumarate was not currently viewed as optimal PEP but he left the clinic with it and information on safe sexual behaviour.

Two months later, the same patient presented again, reporting a similar unsafe sex scenario and seeking monotherapy PEP. On further questioning, it emerged that that patient was not actually seeking PEP, but rather pre-exposure prophylaxis (PrEP), to take before sex, and had not been truthful previously either.

On this occasion he was travelling to Berlin and had planned unprotected sexual activity.

This posed a serious clinical difficulty. Whereas PEP is available in Ireland in specialised sexual health settings and through emergency departments, PrEP is not. This is a scenario that will be seen increasingly in sexual health services and must be prepared for.