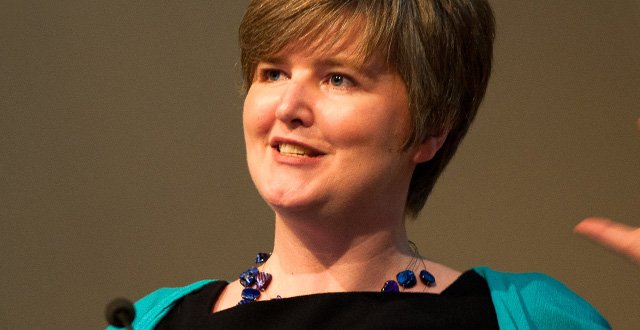 Dr Anne Marie Cunningham, who is a GP and Clinical Lecturer in Cardiff University, Wales, is an expert in the role social media plays in education and she is pretty active online.

She recently spoke at the Irish Network of Medical Educators conference in UL and took time out to talk to the Medical Independent (MI).

She was speaking on the role of online tools in medical students’ education — but how has Twitter, Facebook and other online innovations impacted on her own working life?

“It (social media) really has made an amazing difference for me,” she said. However her medical career began a little prior to the social media revolution.

Graduating in 1996 and qualifying as a GP in 2000, Dr Cunningham’s route into the world of social media and education was through her work in medical education in Cardiff University.

But it was her own experiences at conferences that led her to understand the need for digital connection.

“When I went to conferences, I’d think, ‘wouldn’t it be wonderful if I had a way of being in contact with other people here and also know what other people were thinking outside the conference?’” she asked.

But in the future, we miht be seeing social media as an opportunity and a potential, rather than something that is a negative. We are not quite at that stage yet

“So I thought I could maybe start doing it myself. I started to blog and tweet and began trying to find people.

“I started using hashtags like #meded in 2009. When I went to conferences, I started to tweet from them.

“One of my big successes was setting up a group on LinkedIn for people who were interested in the use of technology. With over 1,000 members, it is a very active discussion [area]. It has really connected me with people who are interested in improving health more widely.”

She said that in public health, in particular, helpful co-operation can be made online. Also, medical workers can share the experiences they face because of the “challenges of decreasing budgets” and these stories can get out “very rapidly”.

“People sharing their practice without having to wait for a very formal meeting, or putting it in a journal, there is obviously a place for that as well but there is so much we can also learn from each other [through social media],” she added.

So, do medical students use social media differently than other students?

“I am based in Cardiff University and we did a project which was looking at whether medical students used it in a different way from, say, students who are in engineering or other subjects,” Dr Cunningham explained.

“The main determinant of how they use social media for learning is linked to the activities they are set. So if you design activities and encourage students to work in groups and collaborate, they will use services that enable them to do that.

“But there are also medical students who can use these services in a very self-directed way to connect and link with people within the profession or outside the profession.

“Those are very ‘at-the-edge’ students who are very self-determined, who are very clear with what they want to get out of their learning. Most students are not like that and they are actually using social media in just the same way as everybody else — so Facebook is, despite the talk that everyone is leaving now — among 12-to-17 year olds, it is still the most used network and it used a lot by medical students.”

So the Internet has a positive role to play in medical students’ working lives, however Dr Cunningham is more practical than evangelical when it comes to the deployment of social media.

She is interested in the use of new technologies to further medical education, “but not just for the sake of it”.

“There has been a little bit of a moral panic in medicine that ‘oh my goodness, everyone is going to go on Facebook and there are going to be photographs of people in compromising positions’,” she told MI.

“So that is primarily the audience they are thinking about when they go to share things.

“So a lot of the way that students and young people are using Facebook now is not so much the status updates. That is only a small part of it. It’s the infrastructure it provides — it’s chatting, being able to organise events, having closed groups where they can communicate and work with each other.”

The experience of Facebook in particular has had a deep impact on young medical students and shapes much of their expectation of other services.

“In some ways, Facebook determines what students think of other technologies that we bring to them now,” she said.

“We want students to work in groups, we want them to be collaborative but we are not going to force them to use a particular technology as part of their developing digital literacy.

“But if you force people to use something and say ‘you must use this because we set it up’, then people might feel this is a hoop that they have to jump through. Or they might wonder, ‘why do they have to use that group to communicate when it is not nearly as good as what I could use otherwise?’

“But we balance that out in the first week of term, making sure that students are aware of what some of the risks are. Because we have a responsibility to make them aware of just the sensible things, like: Protect confidentiality, don’t be abusive to your other colleagues or anyone you come across, to be safe. And then once you know you feel safe, you know you can move forward and use the technology to its potential.

“But I’m very against bringing in the use of technology when it actually increases people’s work rather than making it simpler. It needs experimentation, so you can see what works and what helps students.

“If you are forced to use something it can lead to resentment. While developing someone’s [digital] literacy, it is about taking them a few steps so they can make choices and decide in a group how they are going to work together.”

Regarding the role that social media can play in the doctor-patient relationship, Dr Cunningham is positive about the potential.

“This has been constructed as an issue, a worry and a problem,” she said.

“But in the future, we might be seeing it as an opportunity and a potential, rather than something that is a negative. We are not quite at that stage yet but there are some baby steps being taken in those directions.

“A lot of the guidance that came out said things about managing to keep separate your personal and professional identity.

“What young people are using a lot now are services that do allow them to do that, that allow them to create a context for what they are saying.

“That’s why we have the rise of the use of chatting services like Snapchat, private messaging in Instagram, and [private] groups within Facebook. That’s the area that is rising because we have made everybody very aware of the digital prints they leave behind.”