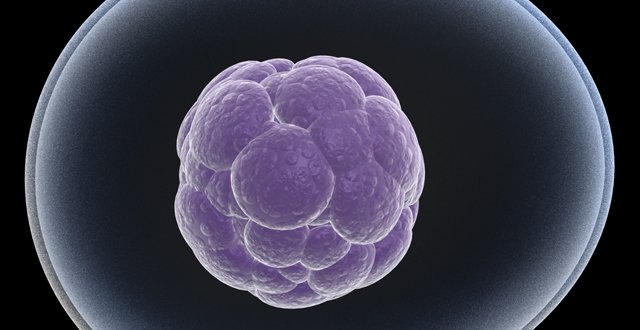 Type 1 diabetes is caused by the destruction of the insulin-producing cells in the pancreas and is primarily treated with daily insulin injections.

While incremental improvements in diabetes treatment are continuing, with pancreas and islet cell transplants offering effective options for some complex patients, there have been a number of recent research breakthroughs that point to potential long-term cures or even prevention of the condition.

For example, a preventive vaccine for type 1 diabetes is to be studied in humans for the first time this year after it was tested successfully in mouse models.

The connection between viral infections and type 1 diabetes has been researched for over 25 years at the University of Tampere in Finland.

Type 1 diabetes is becoming more common and cases of it occur in Finland more than elsewhere in the world.

A research group at the University of Tampere led by Prof Heikki Hyöty, Professor of Virology, has long pioneered the development of a vaccine that could prevent type 1 diabetes.

Their research indicates that one virus group, enteroviruses, play a part in developing type 1 diabetes. They can infect the insulin-producing cells in the pancreas and damage them permanently.

It has now been shown that a prototype enterovirus vaccine can protect against virus-induced type 1 diabetes in a mouse model.

“These exciting results showing that the vaccine completely protects against virus-induced diabetes, indicate the potential that such a vaccine has for elucidating the role of enteroviruses in human type 1 diabetes,” says Prof Malin Flodström-Tullberg at the Karolinska Institutet whose group were responsible for the pre-clinical studies.

“Already now it is known that the vaccine is effective and safe on mice. The developing process has now taken a significant leap forward as the next phase is to study the vaccine in humans,” says Prof Hyöty.

However, it can take about eight years in order to certainly know whether the vaccine prevents type 1 diabetes.

“The aim is to develop a vaccine that could prevent a significant number of type 1 diabetes cases. Additionally, the vaccine would protect from infections caused by enteroviruses, such as the common cold, myocarditis, meningitis and ear infections. However, in light of current research, the vaccine could not be used to cure existing diabetes,” explains Prof Hyöty.

The research phase beginning now is the result of a long period of negotiations between several stakeholders interested in the matter.

The research project will be funded by the US-based company Provention Bio. Other partners include the Juvenile Diabetes Research Foundation (JDRF), which is the largest foundation funding research on type 1 diabetes in the world.

ViaCyte’s product candidates are based on the derivation of pancreatic progenitor cells from stem cells, which are then implanted in durable and retrievable cell delivery devices.  Once implanted and matured, these cells are designed to secrete insulin and other pancreatic hormones in response to blood glucose levels.

The company has two product candidates in clinical-stage development. The PEC-Direct product candidate delivers the pancreatic progenitor cells in a non-immunoprotective device and is being developed for type 1 diabetes patients who have hypoglycaemia unawareness, extreme glycaemic lability, and/or recurrent severe hypoglycaemic episodes.

“Patients with high-risk type 1 diabetes complications, such as hypoglycaemia unawareness, are at constant risk of life-threatening low blood glucose,” said Dr Jeremy Pettus, investigator in the clinical trial and Assistant Professor of Medicine at UC San Diego, US. “The PEC-Direct islet cell replacement therapy is designed to help patients with the most urgent medical need.”

The PEC-Direct product candidate is currently in a phase 1/2 open-label clinical trial at multiple sites in the US and Canada to evaluate safety and efficacy.

In January the company announced that the first patients have been implanted in cohort two with a potentially efficacious dose of the company’s PEC-Direct islet cell replacement therapy.

Cohort two is expected to enrol up to 40 patients and the primary efficacy measurement will be the clinically relevant production of insulin, as measured by the insulin biomarker C-peptide, in a patient population that has little to no ability to produce endogenous insulin at the time of enrolment. Other important endpoints will be evaluated including injectable insulin usage and the incidence of hypoglycaemic events.

“The implantation of a potentially efficacious dose of PEC-Direct marks an important milestone in the development of a functional cure for diabetes,” said Dr Paul Laikind, PhD, President and CEO of ViaCyte.

The company is also developing the PEC-Encap (also known as VC-01) product candidate, which delivers the same pancreatic progenitor cells in an immunoprotective device and is being developed for all patients with diabetes, type 1 and type 2, who use insulin.

These patients are often eligible for islet transplants in countries that provide them (currently not available in Ireland).

“Islet transplants have been used to successfully treat patients with unstable, high-risk type 1 diabetes, but the procedure has limitations, including a very limited supply of donor organs and challenges in obtaining reliable and consistent islet preparations,” noted trial investigator Dr James Shapiro, Director of the Clinical Islet Transplant Programme, University of Alberta, US. “An effective stem cell-derived islet replacement therapy would solve these issues and has the potential to help a greater number of people.”

The PEC-Direct product candidate could overcome some of the key limitations of islet transplant by providing a virtually unlimited supply of cells manufactured under quality-controlled conditions, with a potentially safer and more optimal route of administration.

The PEC-Direct product candidate delivers stem cell-derived PEC-01 pancreatic progenitor cells in a device designed to allow direct vascularisation of the cells, which is expected to allow for a robust engraftment and cellular performance similar to the anatomy of a normal islet. Given the open nature of the device, patients implanted with PEC-Direct, as with other transplants, will require immune suppression.

Thus, PEC-Direct is being developed to treat patients with the greatest unmet medical need, including type 1 diabetes patients who already require immune suppression following a kidney transplant, as well as type 1 patients who are at high-risk for acute complications, such as hypoglycaemia unawareness, extreme glycaemic lability, and/or severe hypoglycaemic episodes.

ViaCyte recently announced funding from the California Institute for Regenerative Medicine (CIRM) to support yet another potentially transformative cell therapy approach that could be used for the treatment of diabetes. The company plans to engineer its CyT49 pluripotent stem cell line to be immune evasive, which it says, if successful, would open up off-the-shelf therapeutic applications in a number of fields.

ViaCyte is headquartered in San Diego, California, US, and is also funded in part by the JDRF.

Diabetes Ireland is calling on the HSE to reimburse a flash glucose monitoring system that does not require finger blood pricks for all type 1 diabetics.

In January Minister for Health Simon Harris announced that the continuous monitoring technology was being reimbursed only for children and young adults who require multiple dose injections of insulin in the first instance.

Diabetes Ireland said it is extremely disappointed that the Freestyle Libre technology is not being made available for every person with type 1 diabetes based on their clinical need.  “We are very much aware of the many disappointed adults, who currently pay up to €120 a month for this device and have seen much improvement in their health and quality-of-life from using the device daily over the past 12 months.

“A lot of these adults were encouraged to get the device by their diabetes team, based on their clinical need, and on the basis that it would eventually be reimbursed by the HSE, as it is in the UK and many other countries.”

Almost 19,000 people have now signed an online petition created by diabetes advocate, Davina Lyon, campaigning for reimbursement of the device for all people with type 1 diabetes.

It said that the HSE used the Health Technology Assessment Group (HTAG) advice note to estimate that the “average additional cost per patient per year for using Freestyle Libre is a minimum of €62.60” making the cost of providing the Libre to all people with type 1 diabetes approximately €1.2 million, with an estimated additional saving in the “expected reduction in the need to perform finger prick testing of over 2,000 times per year”.

Representatives from the diabetes community have requested a meeting with Minister Harris to discuss their concerns and to present the online petition.

Diabetes Ireland reiterated that it is very supportive of the Type 1 Diabetes Community Advocacy Group position and firmly believes that everyone with type 1 diabetes should have access to the technology that bests support them to clinically manage their condition most effectively on a daily basis.

“However, it seems in this instance the HSE decision was based more on a cost basis rather than from the perspective of the patient’s quality-of-life and clinical need.”

Further information from the HSE in a response to a recent Parliamentary Question by Ms Mary Butler, TD, about the patient eligibility criteria for Freestyle Libre, is causing more confusion as it is not made clear whether a person needs to meet just one of the criteria, or all of the criteria to qualify for the technology.

“If it is the case that all of the criteria need to be met, then only a very small group of people will be eligible and this is not acceptable. The HSE will be asked to further clarify and explain its position on this issue,” said Diabetes Ireland.