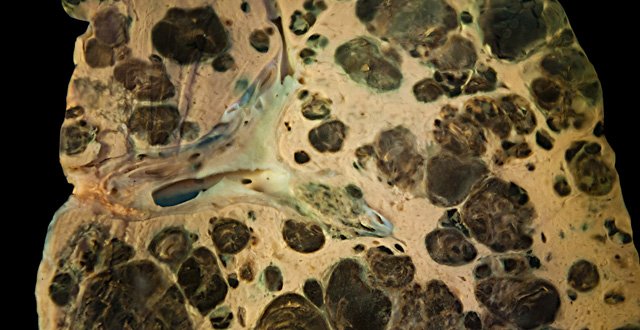 Over the course of 2014, we have treated 1,098 women with breast cancer in the Saint Luke’s Radiation Oncology Network, comprising St Luke’s Hospital in Rathgar, Beaumont Hospital and the St James’s radiation centres.

Radiation therapy is a cornerstone in the treatment of women diagnosed with breast cancer. In 2014, breast radiation therapy comprised over a quarter of the radiation workload (26 per cent) at the St Luke’s Radiation Oncology Network (SLRON).

Breast cancer is now recognised to be a heterogenous disease and treatment modality and sequence vary, depending on biological drivers and stage, nodal status, tumour size and operative treatment. Continuing improvements in the delivery of radiotherapy, as well as targeted treatments for the various biological drivers, have led to improved clinical outcomes.

There has been a continuous decline in mortality in the past 20 years, as evidenced by National Cancer Registry of Ireland data.

The particular group of patients to whom this article pertains are patients post-mastectomy, and there have been recent changes in practice in the treatment of this group.

For women with breast cancer, modified radical mastectomy can remove any macroscopic disease but some tumour foci may remain in the loco-regional tissue and if this remains untreated, it could lead to recurrence and death.

A number of risk factors have been reported which increase the risk of local recurrence post-mastectomy. These include positive axillary lymph nodes; large primary size; lobular histology; high grade; young age; lymphovascular space involvement; and involvement of the chest wall. The number of risk factors involved increases the risk of recurrence. However, the strongest clinical predictor is lymph node-positive breast cancer.

There is also increasing interest in the risk of recurrence based on the immunocytochemistry profile of the patients, with triple-negative and HER2-positive breast cancer at highest risk. However, a full risk profile to predict local recurrence is not available as yet.

Interest in post-mastectomy radiation therapy arises from the concept that improvement in loco-regional control can result in better outcomes for breast cancer patients, with the potential for improvement in breast cancer-specific mortality, as well as the benefit in reduction in local recurrence.

Post-mastectomy radiotherapy has been shown to reduce the risks of both local recurrence and breast cancer mortality in all women with node-positive disease considered together. However, the benefit in women with only one-to-three positive lymph nodes remains uncertain.

The EBCTCG (Clarke et al, 2005) reported that in trials of radiotherapy after mastectomy with axillary clearance, there was a reduction in 15-year all-cause mortality in the radiotherapy group of 4.4 per cent.

Last year in The Lancet, the Early Breast Cancer Triallist’s Collaborative Group (EBCTCG) presented the results from its updated meta-analysis on the role of post-mastectomy radiation therapy and reported the benefit in PMRT for all node-positive patients, including the one-to-three node group.

The trials included post mastectomy and regional lymph node radiation, with a median 9.4-year follow-up. More than 8,000 women were studied and the results confirmed an overall reduction in loco-regional recurrence of 10.6 per cent and a reduction in breast cancer mortality of RR0.84.

Loco-regional recurrences were reduced by one-third and mortality by one-fifth. This data confirms the benefit of improved loco-regional control, resulting in improvements in breast cancer mortality that had been reported in the breast-conserving group.

The meta-analysis of the EBCTCG reported no significant reduction in 15-year breast cancer mortality from toxicity with radiotherapy.

The result of this meta-analysis has altered standard practice worldwide, with a strong consideration to treat with adjuvant PMRT in women with any node-positive breast cancer, especially with other predictive risk factors involved.

See the indications for post-mastectomy radiation therapy outlined in Table 1.

Radiation therapy for patients with breast cancer poses specific challenges (because of the adjacency of normal tissue, such as heart and lung), to the treatment volume, potential changes in set-up during radiation due to movement and reactive oedema induced by radiation therapy.

Historically, tangential fields for breast and the thoracic wall were combined with simple measurements of central lung distance and maximum heart distance in order to determine the regions to treat and also to judge the acceptability of the field set-up. More recently, computed tomography has enabled improved field set-up and dose calculation. Improved radiation technical delivery has resulted in better target coverage and a reduction in doses to normal tissues, which should result — with longer follow-up — in a significant reduction in late radiation damage, including cardiac mortality.

The recent change in practice in the treatment of women with breast cancer who have undergone mastectomy, with between one-and-three affected axillary lymph nodes, will lead to improved loco-regional control of disease and improve overall disease-specific survival.

A 74-year-old lady presented with a breast lump and, following triple assessment, underwent left mastectomy and axillary clearance in early February 2014. Her tumour was staged as pT2N1, grade 2. Two of 12 lymph nodes were involved, with margins negative.

Her disease was triple-negative for oestrogen, progesterone and HER2 (human epidermal growth factor 2).

She was not deemed fit for chemotherapy but due to the mounting evidence and the emergence of the results from the EBCTCG meta-analysis, she was referred on for post-mastectomy radiation therapy, given that there were two involved nodes and triple-negative status.

She went on to have treatment planned, similar to the image displayed opposite.

She was treated over a three-week period, with daily treatments Monday to Friday, to a maximum of 40Gy to the left chest wall and left supraclavicular fossa. Treatment was tolerated well, with no significant acute toxicity.