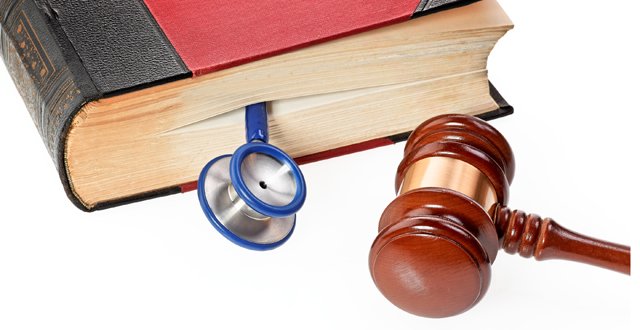 Ms Y, a 39-year-old chef, opted to see consultant obstetrician Mr B for private antenatal care. It was her first pregnancy and other than a BMI of 30, she had no pre-existing medical problems.

She was reviewed regularly throughout her pregnancy and noted to have elevated blood pressure (BP) through the first trimester, between 126/83-157/90. Methyldopa was considered at 23 weeks but not initiated since a pre-eclampsia screen was negative, and close monitoring continued.

At 36 weeks, Ms Y presented to the emergency department complaining of a headache and feeling generally unwell. Her BP was 170/120 and she was admitted that afternoon and commenced on both methyldopa and nifedipine.

Despite commencing this treatment, her hourly observations showed a persistently elevated BP with proteinuria, in spite of ongoing antihypertensive therapy.

Mr B was contacted by the ward team and provided telephone advice to continue antihypertensives.

The following morning, the decision was made to deliver by Caesarean section on a semi-urgent basis, and Ms Y gave birth to a healthy son. She was discharged on oxprenolol to control her BP.

It is easy to attribute any new symptoms a woman may develop during pregnancy to the pregnancy itself, but this should not distract from red flag symptoms, which require urgent assessment

A week following delivery, Mrs Y continued to have elevated BP readings of 160/90. Mr B asked her to see her GP Dr A. Dr A arranged a routine home visit two days later and found Ms Y had a headache and a raised BP of 180/90. He treated her with voltarol suppositories and a combination of bisoprolol and irbesartan.

Three days later Ms Y was unchanged. Dr A visited her at home again. Her BP remained elevated at 160/90. He issued metoclopramide and meptazinol and wrote to consultant neurologist Dr D requesting a second opinion. He described her headaches as “vigorous” with some neck stiffness and photophobia, and queried a degree of meningeal irritation from a small bleed versus “functional overlay”.

The following morning, with no relief of her symptoms, Ms Y was admitted to hospital, where a scan confirmed a cerebral haemorrhage. She died four days later.

Experts were critical of Mr B, commenting that it was unacceptable for him to fail to visit Ms Y when called by the ward team regarding her symptoms. Ms Y’s persistently elevated BP warranted high dependency management with half-hourly BP and hourly urine output measurements, which Mr B should have initiated.

Dr A was also criticised by the experts, particularly regarding his consultation notes, which were lacking in a clear description of the headache and its associated symptoms. The BP was recorded but there was no evidence of any further examination, including fundoscopy.

The experts felt on the basis of the letter Dr A wrote requesting a second opinion, the patient was displaying ‘red-flag’ symptoms and a reasonably competent GP would have made arrangements to admit Ms Y as an emergency to exclude intracranial haemorrhage.

Expert neurosurgeon Mr G commented that causation was difficult to determine: it was possible that Mrs Y could have had the cerebral haemorrhage before, during or after delivery. He noted that the hypertension during pregnancy could have been responsible for the development and subsequent rupture of the intracranial aneurysm.

Mr G commented that although based on the information available there was no evidence that the outcome would have been different, earlier admission to hospital would have been preferable.

The poor standard of note-keeping ultimately left too many unanswered questions over Ms Y’s treatment, which, along with a failure to manage the hypertension, meant the case had to be settled for a substantial sum.

It is easy to attribute any new symptoms a woman may develop during pregnancy to the pregnancy itself, but this should not distract from red flag symptoms, which require urgent assessment.

As always, documentation is essential. Dr A later commented that the patient was understandably reluctant to be admitted, and that he did take a more thorough history than he documented; but years down the line if a complaint comes in, the notes are the only record you have to rely on.

Mr B was criticised for not reviewing Ms Y early enough when she was an inpatient. It is important to have back-up options in these situations, to ensure patients have access to appropriate care when you are not available.

This case report article was provided by Medical Protection.