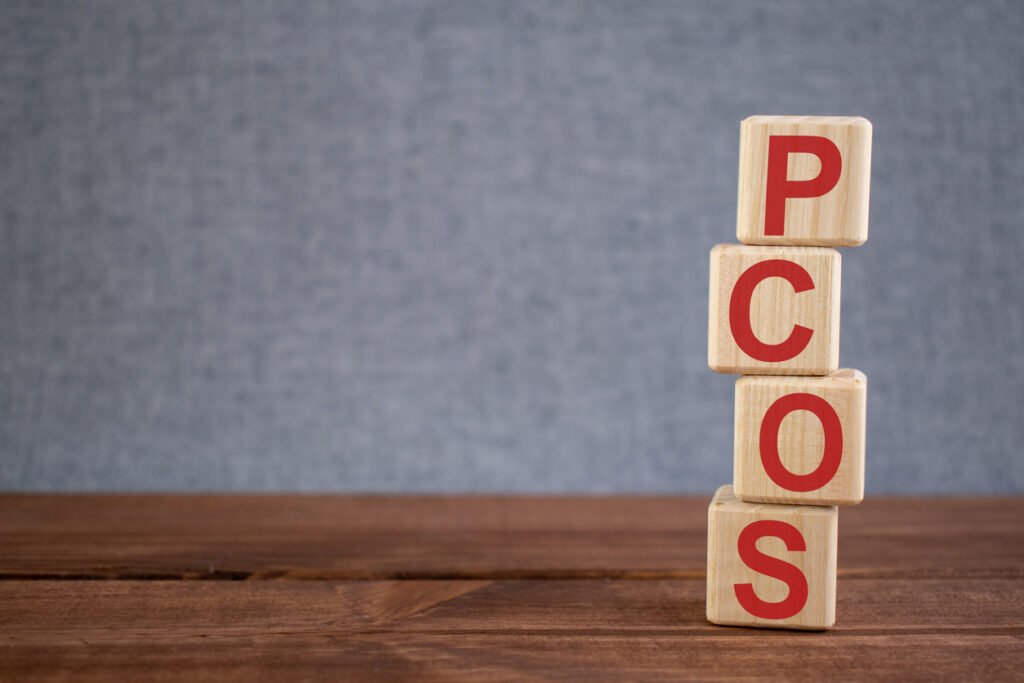 Polycystic ovary syndrome (PCOS), a heterogeneous disorder characterised by hyperandrogenism and chronic anovulation, is a common endocrine, metabolic, and menstrual disorder in women. Depending on diagnostic criteria, PCOS affects 6-to10 per cent of women of reproductive age. While the aetiology is not completely understood, PCOS is believed to be multifactorial in nature and a complex interaction of genetic and environmental factors. PCOS is exacerbated by obesity and has significant metabolic, reproductive, and psychological features, including an increased risk of type 2 diabetes mellitus with an earlier age of onset, subfertility, and an increased risk of depression and anxiety symptoms

The abnormal findings in PCOS are a result of ovarian hyperandrogenism and insulin resistance. Evidence suggests that the ovarian hyperandrogenism in PCOS is a result of primary ovarian dysfunction and is secondary to disordered gonadotropin activity. While not included in diagnostic criteria for PCOS, the elevated level of serum luteinising hormone (LH) in affected patients due to inappropriate secretion has long been recognised. In addition, PCOS pathophysiology appears to have a polygenic predisposition that is exacerbated by environmental factors, especially obesity.

The diagnosis of PCOS has lifelong implications, with increased risk for infertility, metabolic syndrome, type 2 diabetes mellitus, and possibly cardiovascular disease and endometrial carcinoma. Typical clinical features include hirsutism,irregular menses, chronic anovulation, acne, obesity, insulin resistance, and infertility. Patients typically present with acne and menstrual irregularities. PCOS should be considered in any adolescent girl with hirsutism, treatment-resistant acne, menstrual irregularity, or acanthosis nigricans, and evidence of these signs and symptoms should be especially sought in patients being evaluated for obesity.

Three sets of diagnostic criteria; AES, Rotterdam (Figure 2) and NIH; are commonly used for PCOS and all require the exclusion of other known disorders. Among the different diagnostic criteria used to define PCOS, the Rotterdam criteria are the most widely used and recommended, and like the more liberal AES criteria they allow for different phenotypes of the disorder. Diagnosis of PCOS requires the exclusion of other conditions, such as pregnancy, thyroid dysfunction, hyperprolactinaemia, Cushing’s syndrome, non-classical congenital adrenal hyperplasia, and androgen-secreting tumours. In women with signs or symptoms of androgen excess, serum total testosterone should be checked and the patient referred to a specialist for evaluation if the level is greater than two times the upper limit of normal. According to clinical findings, further tests may be necessary including beta-HCG, thyroid function, prolactin, 1mg overnight dexamethasonesuppression and early morning serum 17- OHP (17-hydroxyprogesterone) tests. Mild elevations in serum prolactin are common in PCOS, but after excluding macroprolactin, levels that are greater than twice the upper limit of normal warrants further investigation. High levels of anti-Müllerian hormone,a hormone produced by ovarian follicle granulosa cells, are also seen in PCOS and may be useful in the diagnosis of the condition.
As PCOS is associated with insulin resistance, all women with PCOS should be screened for diabetes or pre-diabetes, especially if they are planning to conceive, as poorly controlled diabetes is associated with adverse pregnancy outcomes.

Screening for coronary artery disease and obstructive sleep apnoea (OSA) should be considered in women who are at high risk. Obesity increases the risk of endometrial cancer three-fold in women with PCOS. While routine screening for endometrial cancer using ultrasonography is not currently recommended, it is important to have a high level of suspicion for patients with prolonged oligomenorrhoea for more than three months between menses.Iron deficiency is common in PCOS, and may contribute to fatigue and androgenic alopecia. Screening and treatment with iron if necessary is suggested, targeting serum ferritin in the upper quartile of the reference range. Vitamin D deficiency is also common in patients with PCOS and may have an additive adverse effect on fertility, insulin resistance, and glucose intolerance, therefore screening levels and replacing any deficiency may be helpful.Psychological well-being due to the effects of PCOS on physical appearance, such as weight gain, acne, and hirsutism, is an important consideration as is being alert for mental health issues, such as depression, anxiety, and self-harm.

Treatment
Treatment for PCOS is multi-targeted and individualised to suit each patient’s phenotype, symptoms, goals and expectations, such as wanting to become pregnant. First-line therapy for women with PCOS and obesity is lifestyle modification in the form of diet and exercise. This is particularly important in women who are preparing for pregnancy, in order to reduce the risk of complications, such as gestational diabetes, pre-eclampsia, pre-term delivery, macrosomia, birth defects, and stillbirth. Antiandrogens, such as spironolactone, should be stopped for three months before conception, and patients should be counselled about recurrence of androgen excess symptoms while preparing for fertility. Metformin may help, although it is unclear if this is independent of the weight loss benefit it confers.Ovulation induction with clomiphene citrate or letrozole is effective for fertility treatment. Obesity is prevalent in 50-to-80 per cent of women with PCOS. Even modest lifestyle changes can have a significant impact and reducing body weight by 2-to-5 per cent has been shown to restore ovulation and increase insulin sensitivity in obese anovulatory women. Weight reduction has additional benefits, reducing the risk of diabetes, hypertension, cardiovascular disease, and certain malignancies.

To induce periods for those with menstrual irregularities, cyclical progesterone can be used every two months to ensure regular shedding of the endometrium. The oral contraceptive pill (OCP) is also effective in controlling menses, with the added benefit of providing contraception and improving androgenic symptoms. However, given many women with PCOS are obese this, together with the OCP, causes an increased risk of thrombosis, so patient selection is important. It is advisable to avoid OCPs with higher oestrogen doses or those containing 19-norprogesterone derivatives, as androgenic progestin may adversely affect the patient’s cardiovascular risk. Starting
with low-dose ethinylestradiol combined with a third- or fourth-generation progestin is recommended, as these have the least intrinsic androgenic activity. Metformin can also help to restore menstrual cyclicity.

Hyperandrogenism in PCOS is caused by insulin resistance, hypersecretion of luteinising hormone and ovarian androgens. Medications commonly used to treat androgen excess target these pathways. Spironolactone is an anti-androgen that blocks the effect of testosterone at the level of the androgen receptor. OCPs suppress LH secretion and reduce ovarian androgen production and metformin improves insulin resistance. If hirsutism is severe, all three medications may be used. The OCP remains the first-line treatment for hirsutism because of its effect on androgen production. OCP use offers the additional benefit of reducing acne if present, and provides protection against endometrial cancer and menstrual cycle irregularity.

Patients need to be informed that the symptoms of androgen excess, particularly hirsutism takes at least six months to improve. Eflornithine can be applied topically for rapid control of facial hirsutism, although fastidious use is required for the treatment to be effective. Permanent laser hair removal can be an effective treatment and may be considered if the symptoms are causing severe distress. Metformin is beneficial for improving insulin sensitivity and can aid in weight loss, but it is ineffective in controlling hirsutism in the majority of women. Antibiotics and retinoic acid derivatives can also be used for acne treatment. If first-line measures for cycle control or androgen excess are ineffective in controlling symptoms, then referral to an endocrinologist, gynaecologist or reproductive medicine
specialist should be considered.