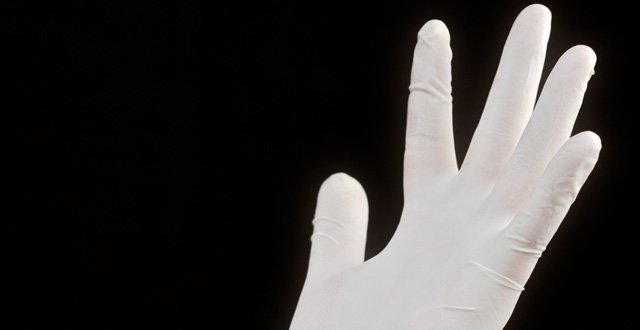 My native village of Rostrevor dates to pre-Christian times and the Farrell clan have been here all along, a savage race as ancient and atavistic as the peat; we used to own all the land, until it was stolen from us by the Druids.

Gaelic football is our passion and I was at a local match recently. These can be ferocious; the honour of the parish is at stake, the rivalry is ancient and atavistic as the peat and we suffer none of the false bonhomie of rugby, ie, fighting like dogs during the match but best of buddies afterwards.

If Burren or Warrenpoint or Clonduff were playing the flesh-eating monsters from outer space (or even England), we’d be cheering on the aliens (or even England). If we fight during the match, we fight after the match, and at the next match, and at the match after that, and our cousins fight with their cousins, and the feud goes on and on, gathering pace through seed, breed and generation, even when the original cause of the dispute has long been lost in the mists of antiquity.

“More substance in our enmities. Than in our love;” wrote WB Yeats, who in between talking to the fairies and pouring out his unrequited love for Maud Gonne, had obviously been at a match or two in his time.

One of the opposing players went down with an injury. It hadn’t looked too bad, but he was rapidly surrounded by a scrum of mentors.

Mentor was Telemachus’s adviser during Ulysses’s suspiciously protracted return from Troy and I am sure that if deep-browed Homer could have foreseen how Mentor’s name would be hijacked by a bunch of overweight, balding men running up and down the touchline in unflattering pink lycra, he would have been both charmed and delighted.

This scrum went on for a few minutes and with a fatal satisfaction, I noted heads in the crowd swivelling inexorably towards me. “Better go down and check him out, doc,” some do-gooder called helpfully, and as ‘I Am Sometimes A Good Doctor’, and in accordance with the traditions of our ancient and noble profession, I obliged; when you gotta go, you gotta go. My cronies looked on expectantly, hoping I might provide a diverting and potentially hilarious spectacle by sprinting onto the pitch to provide succour; they always enjoy a bit of drama. But my sprinting days are long over.

To paraphrase Samuel Shem’s Fat Man: “In any medical emergency, the first thing to do is take your own pulse,” so I strolled casually onto the field, stopping occasionally to smell the flowers, exuding calm and confidence and perhaps a touch of apathy. When I reached the victim (only a few short minutes later), I found an over-enthusiastic bagman or trainer or waterboy squatting over the corpse like a buzzard on a gut-wagon. He had enough equipment for Montgomery’s army; neck braces, bandages, saline drips, sphygmomanometer and he was pulling on a bright blue pair of rubber gloves, although encountering some difficulty with the thumbs.

This was all rather theatrical, I felt, but then rubber gloves are the new black, and quite the fashion accessory. The actual risk of a cleanlimbed young gossoon from the bogs of Ireland having AIDS or hepatitis B or C et al, and also having an open wound, and the physio/bagman/waterboy also having an open wound and thus the pair inadvertently sharing body fluids, must be incredibly small, but hey, it’s on TV so  it must be right. Has there ever been a reported case of a physio/bagman picking up a serious infectious disease from a player during a match?

He didn’t look one bit pleased to see me; he was the man and this was his show. He was intoxicated by the power; put a beggar on horseback and he’ll ride to hell. He begrudgingly allowed me a quick look, which confirmed there was absolutely nothing wrong with the patient, but by this stage, the ambulance had been called, the physio/bagman/waterboy was in full flight and the crowd was agog with expectation.

“He’s fine,” I could have said to them, “He’s still moving”. They’d be disappointed, but having to break bad news is just another part of the great tapestry of general practice.

However, this would have been inconsiderately detumescent; pleasing the mob always comes first. So I did not interfere with the

drama, apart from preventing any further well-meaning but harmful interventions. This was not an unimportant duty; one of the mentors shouted: “My God, he’s swallowed his tongue,” and I had to act quickly to prevent unnecessary and quite repulsive mouth-to-mouth stuff.

And then, the piéce de résistance: The shock blanket was unfurled, shining, glittering in the sun like a thousand diamonds.

“Ooooh,” gasped the crowd, as the patient was wrapped up as if he was driving through plutonium, and everyone was happy.

I called our own team together. “Ignore all that drama,” I said. “Hit them harder next time.”