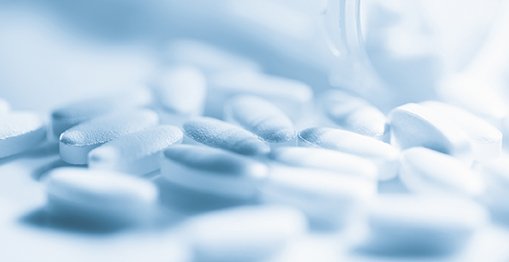 A clinical overview on the mechanisms, classifications, and treatment of pain in the community

Pain is one of the most common symptoms that presents in community settings, a complicated complaint that is commonly described in the literature as: “An unpleasant sensory and emotional experience associated with actual or potential tissue damage, or described in terms of such damage.”

The psychological aspect to pain is an important one. Those who have had previous experience with pain worry about the impact it may have or have concerns that the cause of the pain may worsen the experience of it. Additionally, those with conditions such as depression or anxiety may worsen the experience of pain and be harder to treat. In Ireland, 29 per cent of those with chronic pain cannot work because of their condition and 21 per cent described that their pain was so intense, they ‘wanted to die’ — alarming statistics that can have profound effects on the mental wellbeing of the patient.

The spectrum of pain can be hard to categorise, as it is unique to each patient. There are a variety of pain assessment tools but tolerance varies between individuals, where different individuals may exhibit varying responses to the same stimulus. Ultimately, pain is what a patient says it is.

Pain can be classified in a number of ways. If considering aetiology, pain can be nociceptive (perception of pain due to identifiable tissue damage, ie, tension headache) or neuropathic (pain initiated or caused by a primary lesion or dysfunction in either the peripheral nervous system or central nervous system, ie, post-herpetic neuralgia).

If considering duration, pain can be acute or chronic. Acute pain usually has an identifiable cause, with a predictable and limited duration of days or weeks. Treatment is often straightforward and in some cases, the pain is self-limiting. Problems can arise when acute pain is not treated or managed adequately.

Uncontrolled pain in the acute stages can lead to chronic pain syndromes. Chronic pain is an unpleasant sensory and emotional experience associated with actual or potential tissue damage, which persists beyond the point that healing would be expected to be complete (usually taken as three-to-six months).

An associated cause may not always be evident. Chronic pain is often associated with depression and anxiety and its ongoing nature and limited treatment success can have profound psychosocial ramifications for the patient.

Severity is also a useful way to classify pain. ‘Mild’, ‘moderate’ or ‘severe’ are terms used in the World Health Organisation (WHO) analgesic ladder, which is used to determine possible treatment options.

The approach to pain management has evolved for the last few decades to consider the complexity of an individual’s experience of pain. The WHO analgesic ladder was proposed in 1986 as a step-wise approach for the use of medication in cancer-related pain. It soon became an approved tool which followed the slow introduction and upward titration of analgesics, starting with non-opioid analgesics, then moving to opioid analgesics. The ladder may be useful for end-of-life and acute pain but has not been shown to be beneficial for chronic pain. Patients’ expectations of chronic pain must be carefully managed, as the perception is often that a pharmacological treatment will easily alleviate all discomfort — this is rarely the case. A variety of non-pharmacological measures can be recommended to patients with chronic pain, to be used alone or in conjunction with medication. Those commonly available from community pharmacy include heat/cold packs, gels and sprays. Interventions such as acupuncture, cognitive behavioural therapy, physiotherapy, mindfulness and transcutaneous electrical nerve stimulation (TENS) are regularly tried by those seeking a potential long-term solution to their pain.

Paracetamol is the drug of choice when initially prescribing for mild-to-moderate pain, for the elderly, paediatric patients and those on warfarin. Often referred to as a simple analgesic, it is thought to act by inhibiting prostaglandin synthesis in the CNS. It has similar efficacy to aspirin and its effect is greatest if taken regularly, rather than ‘as required’. Adverse effects with paracetamol are uncommon, but care must be taken to avoid overdose, as hepatic damage may result. The recommended dose for adults is 4 grams/24 hours and any dose exceeding this is considered an overdose. Hepatic damage may not be apparent for four-to-six days following overdose.

Non-steroidal anti-inflammatory drugs (NSAIDs) are another non-opioid option for mild-to-moderate pain. They inhibit prostaglandin synthesis by binding to the cyclo-oxygenase (COX-1 and COX-2) enzymes. As well as the analgesic effect, which may be apparent within hours, NSAIDs also have anti-inflammatory properties when given at a regular full dose over a number of weeks.

The risk of adverse effects with NSAIDs is an important consideration. The two most important risks include gastrointestinal (GI) complications (ie, bleeding, perforation and ulceration) and cardiovascular (CV) events (ie, myocardial infarction (MI) and stroke).

GI toxicity occurs through the inhibition of COX-1 isoenzyme so the use of COX-2 inhibitors (ie, celecoxib, etoricoxib) reduce this risk, compared to non-selective NSAIDS (ie, ibuprofen, diclofenac, and naproxen). Of the non-selective NSAIDs, ibuprofen is associated with lowest risk of GI complications. The risk of GI complication is increased the longer the patient is taking the NSAID, in the elderly, and when the NSAID is co-administered with aspirin, oral corticosteroids and warfarin. The risk is lowered when a proton pump inhibitor is taken.

The cardiovascular risk with NSAIDs has been well documented. The COX-2 inhibitors are contraindicated for patients with established ischaemic heart disease, peripheral arterial disease and/or cerebrovascular disease and it is thought that diclofenac carries the same cardiovascular risk as the coxibs. It is recommended that NSAIDs be prescribed at the lowest effective dose for the shortest possible time.

Any substance that can produce morphine-like effects can be termed an opioid. Opioids produce their analgesic effects by binding to opioid receptors (usually mu receptors). Opioid preparations may be administered by a variety of routes, including oral, transdermal, rectal, IV, IM, and sublingual. Parenteral routes offer a faster onset of action but shorter duration than the oral route. By comparison, an oral opioid may take affect within 45-to-60 minutes, whereas an intravenous opioid may take effect within six minutes. The route selected will depend on the patient’s condition, however, a non-parenteral route is preferred where possible. For those with hepatic or renal impairment, dose adjustments may have to be made, as opioids are metabolised by the liver and excreted by the kidneys. Morphine remains the standard against which other opioid analgesics are compared. Compound analgesic preparations which contain an opioid and a non-opioid such as paracetamol or NSAIDs are useful to maintain pain relief, but reduce the opioid dosage requirement and therefore potential opioid adverse effects.

There may be significant variation between individuals and their ability to metabolise codeine. Those lacking or deficient in the enzyme may not experience adequate pain relief as a result of inadequate metabolism. Conversely, those who metabolise the drug quickly (ultra-rapid metabolisers) may experience opioid toxicity (confusion, shallow breathing, nausea and vomiting), even at normal doses. Tramadol is suggested to have fewer opiate adverse effects (particularly constipation, respiratory depression and addiction potential), although it is associated with hallucination and seizures, so should be avoided in patients who have a history of epilepsy.

The wide range of adverse effects of opioids is well established, with respiratory depression being the most serious. The potential for respiratory depression is more likely in individuals who have impaired respiratory function (including asthma). Constipation is a common problem for patients taking opioids. It occurs early in treatment and prophylactic laxatives should be offered to patients. A combination of a stimulant laxative (ie, senna) and softening laxative (ie, docusate sodium) is recommended.

Nausea and vomiting can occur in 30-to-60 per cent of patients taking opioids for the first time. Drowsiness, urinary retention, euphoria and urticaria are also potential adverse effects. Long-term use of opioids can result in tolerance and dependence. When increasing doses to enhance the analgesic effect, the severity of adverse effects may limit the potential to do this.

Anticonvulsants such as gabapentin, pregabalin, and carbamazepine and antidepressants such as duloxetine and amitriptyline, may be prescribed alongside traditional analgesic preparations for use in neuropathic pain. Although they may not provide immediate pain relief, they may provide relief within days or weeks of treatment. These medications should not be abruptly discontinued and should be withdrawn over at least one week. There is also potential for misuse of pregabalin. It has been reported that it reinforces the effects of opioids and reduces the undesirable effects of withdrawal symptoms, so may be sought after by those who misuse opioids. An alarming consequence of this combination is the possible exaggerated respiratory depression seen when high-dose pregabalin is taken with opioids.