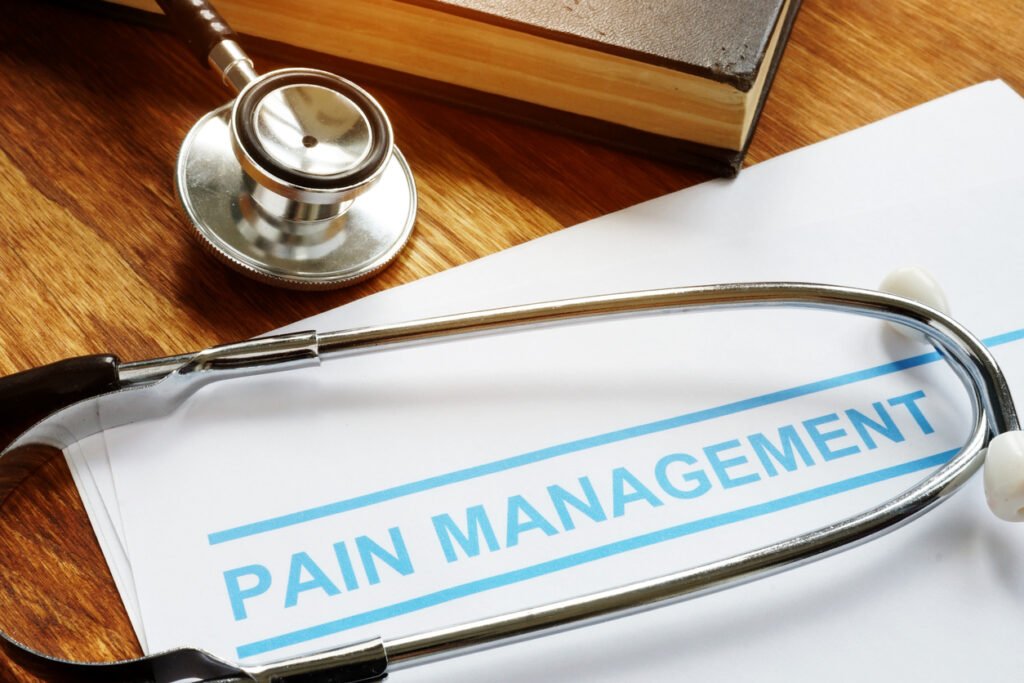 Pain management is one of the most common reasons for people to seek advice in general practice and the community pharmacy(1) with an estimated 47 per cent of EU consumers having used an over-the-counter (OTC) analgesic once per week in the last month.(2) The desired characteristics of a good analgesic for OTC use are:

However, patients are presented with such a broad range of OTC analgesics, eg, paracetamol, non-steroidal anti-inflammatory drugs (NSAIDs), opioids, complementary therapies, and herbal products, that it can make medicine selection difficult.(3) Even within these variations, different formulations are available: fast-acting tablets, effervescent powders/tablets, liquids, and combination products. When a patient seeks pain relief, it is important to understand what outcome(s) the patient is seeking:(3)

Ibuprofen is the first-line recommendation for a range of aches and pains, including lower back pain, period pain and toothache.(3) Aspirin is also used for aches and pains, such as headache, migraine, toothache and period pain, although ibuprofen tends to be preferred as it is better tolerated. NSAIDs should not be sold to patients with active gastrointestinal (GI) bleeding/ulcer; a history of hypersensitivity/severe allergic reaction, eg, asthma, rhinitis, angioedema or urticaria; severe heart failure; or severe kidney or liver impairment.

Aspirin is contraindicated in those with a history of hypersensitivity to aspirin or any other NSAID. The mechanism of action of paracetamol has similarities to NSAIDs: It appears to inhibit COX 1 and COX 2, although it does not inhibit COX in peripheral tissues and, therefore, has no peripheral anti-inflammatory effects.(5) Paracetamol metabolism is significantly influenced by genetics, which impacts toxicity and efficacy.

Paracetamol is a suitable first-line choice for most adults with mild-to-moderate pain, based on the expert opinion of the Committee on the Safety of Medicines Pain Management Working Group,(3) which includes members from the British Pain Society and the Medicines and Healthcare products Regulatory Agency (MHRA). It has no known GI, renal or cardiac adverse effects at usual OTC and prescribed doses.

Codeine metabolism is also subject to genetic influence. It is metabolised to morphine and morphine-6-glucuronide in the liver. Binding to central opioid receptors reduces pain perception and increases pain tolerance, but can also cause the unwanted effects of drowsiness and respiratory depression. Peripheral receptor binding can cause nausea, vomiting and constipation.(4)

A Cochrane systematic review(4) examined the relative efficacy of analgesic OTC drugs: aspirin, paracetamol, and ibuprofen, both alone and in combinations with each other and with codeine/caffeine. Some products discussed in the review are not available OTC in Ireland (dipyrone, ibuprofen and caffeine combination products, ketoprofen, naproxen, and diclofenac).

There was not enough information to establish the efficacy for several OTC analgesics, codeine plus aspirin/paracetamol; and combination products that include caffeine, which is reported to add to analgesic effects in acute pain when used as an additional drug at doses of 100mg or higher. Trials investigating analgesic efficacy in acute pain are usually performed in people experiencing postoperative pain (extraction of the third molar), with either the test analgesic or placebo administered.

There are several measures of drug efficacy included, including ‘number needed to treat’ (NNT). The lower the NNT the better, with the ideal number being NNT=1. Results of the Cochrane review indicate that the most favourable analgesics were combinations of ibuprofen and paracetamol (NNT<2). Fast-acting ibuprofen formulations (200mg and 400mg) had an NNT close to two also.

Another measure called the ‘success rate’ estimate is calculated from the number of people reporting effective analgesia, minus the number who report analgesia with placebo, expressed as a percentage of the maximum possible success rate for the analgesic. Ibuprofen plus paracetamol combination products had success rates of almost 70 per cent; and fast-acting ibuprofen formulations 200mg and 400mg showed success rates above 50 per cent. Paracetamol and aspirin at various doses had NNT values of three or above, and success rates of 11 per cent to 43 per cent.

The rate of adverse drug events experienced for these medications was generally not different from placebo. Interestingly, for ibuprofen plus paracetamol, adverse drug events were lower than those recorded for placebo. Despite reported results, certain UK NICE guidelines recommend against using combination analgesics as first-line treatment because using single analgesics allows independent titration of each medicine. First-line treatment recommendations vary depending on indication, and additional factors, eg, clinical presentation, suitability of treating OTC, patient comorbidities and contraindications, need to be considered. Treatment recommendations are summarised in Table 1.(3)

The cardiovascular risk associated with the use of NSAIDs has been of considerable interest.(2) The large CNT (Coxib and traditional NSAID Trialists’) study concluded that using NSAIDs at high doses was associated with a small increased risk of all-cause mortality (20 per cent compared with placebo). However, the observation that people with chronic pain have increased rates of cardiovascular disease and a 20 per cent increased all-cause mortality in any event makes interpretation of these results tricky. Furthermore, the negative effect of chronic pain conditions on mobility separately increases mortality in chronic pain.

Simple drug combinations and fast-acting formulations deliver good analgesia in many people with acute pain, at relatively low doses.(3) If paracetamol is started at a low dose, it can be increased to 1,000mg four times per day before switching to/combining with another analgesic. Ibuprofen 400mg three times per day is a low dose that can be increased to 2,400mg daily (although higher doses are recommended only on prescription). Although some patients may respond well to a given analgesic, others may respond poorly.(3)

It is important to be mindful that not every person will achieve good pain relief even with the most effective drugs, and analgesic failure is common when just a single dose is taken.(6) It is likely that if treatment with one OTC analgesic fails, an alternative may be beneficial. The underlying cause of the pain should be treated whenever possible, and a full therapeutic dose used before switching to a different analgesic. Clinicians should initiate conversations with patients about what analgesics the patient has taken previously (if anything) and how they have taken it in order to advise appropriately.

A survey(1) of 242 pharmacists was performed to explore recommendations, and efficacy and safety perceptions, of OTC analgesics. The authors report that recommendations were made primarily based on medication safety over efficacy, although observed perceptions of safety do not necessarily reflect existing evidence. This may potentially result in suboptimal outcomes of symptom resolution in acute pain.

The most frequent recommendation for body pains and headache/migraine was paracetamol. While this falls in line with NICE guidance, other groups (British Association of Headache, the European Headache Federation and the European Federation for Neurological Societies (EFNS)) suggest that there is limited evidence for paracetamol efficacy in migraine, and that NSAIDs are more effective for tension headaches. The EFNS recommend ibuprofen 400mg for tension headaches instead.

The survey indicates that paracetamol is perceived to be safer, better tolerated, and with fewer side-effects than ibuprofen for children. However, ibuprofen has been shown to provide faster, more effective, and longer lasting relief for pyrexia. It has been reported that when used at an OTC dose for up to seven days in children, there was no significant statistical difference between ibuprofen and paracetamol in total rate of adverse events,(7) with the rates at 13.7 per cent and 14.3 per cent respectively. In adults, adverse events associated with ibuprofen occur more frequently at high prescription doses (>1200mg daily) and when used for more extended periods of time.(1)

Although these adverse effects have not been linked to lower doses, the same adverse events seem nonetheless to be associated with them. While the survey showed that most pharmacists were aware of the safety of ibuprofen correlating with dose and duration, a high proportion did not believe there was a difference in tolerability between prescription and OTC doses. Although GI bleeding is a perceived significant risk with ibuprofen at OTC doses, OTC-dose ibuprofen (≤1,200mg) had a similar odds ratio (1.1) to paracetamol (2,000-3,999mg; OR 1.2) for GI bleeds.

When clinicians do recommend ibuprofen, it is often suggested that patients take it with or after food with the aim of minimising the perceived risk of GI adverse events. However, several trials have demonstrated similar rates of GI adverse events for ibuprofen vs placebo. In addition to this, taking analgesics with food significantly reduces absorption, in turn reducing efficacy, which potentially increases the likelihood or need for additional doses or alternative analgesics.

In fact, many analgesia studies are likely to have been conducted in fasting participants, so results should be interpreted while taking this into consideration.(4) Since publication of this review and following review of clinical evidence by the UK Medicines and Healthcare products Regulatory Authority (MHRA), some patient information leaflets for ibuprofen have been updated to state that it needs to be taken with water, with no reference to taking it with food.(5) The summary of product characteristics should be consulted regularly to check for such updates and to advise patients on correct administration.

When a patient seeks pain relief, it is important to understand what the desired outcome(s) are for the patient. Assessing the suitability of OTC analgesics given the clinical and medication history for everyone is key. Clinicians can considerably improve treatment of pain through appropriate discussions and advice, and by basing treatment recommendations on guidelines supported by evidence.