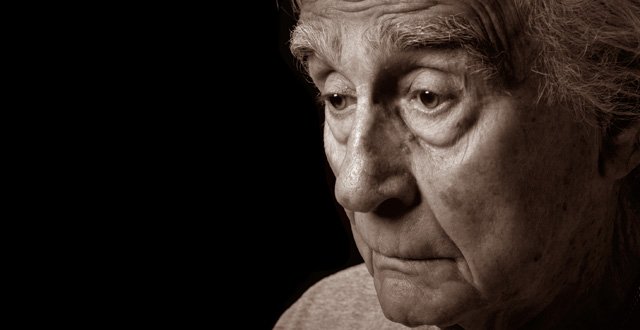 A 74-year-old male was admitted medically with an infectious exacerbation of chronic obstructive pulmonary disease (COPD). His team were concerned that low mood may be contributing to his slow recovery following acute treatment. He had a similar admission six months ago when he was noted to be hyponatraemic. Sodium levels resolved once his thiazide diuretic for hypertension was switched to a calcium-channel blocker. There was no other notable medical or psychiatric history.

On review, he described increasing shortness of breath over the last year. He was now largely housebound and almost entirely dependent for activities of daily living (ADLs) on his daughter and two grandchildren, with whom he lived. A year ago, he played bowls with friends in the park most evenings, helped his daughter around the house and supervised his grandchildren’s homework. Now he was irritable with the grandchildren and felt guilty that he was becoming an increasing burden to his daughter. Going upstairs to his bedroom had become too difficult because of breathlessness so in recent weeks he had been sleeping on a chair in the living room. He was increasingly worried about going to sleep because of a fear that he might not wake up, though lately it seemed that this would in fact be a relief to him. On a few occasions he found himself wondering if it might be a good idea to just take all his medications and “be done with it all”. He did not think that there was anything that could be done to improve his breathing and was unable to see himself ever getting back to a quality-of-life that would be worth living.

His daughter agreed that his breathing had deteriorated over the last year, but had noticed that when he was distracted or relaxed his breathlessness eased. Her father had always been a ‘worrier’ but his anxiety now was such that he was frightened of any exertion and spent his days confined to his chair. He had lost all his confidence, had become increasingly withdrawn and irritable and refused to see his friends when they called to visit.

His scores of 25/30 on the Mini Mental State Examination (MMSE) and 20/30 on the Montreal Cognitive Assessment (MoCA) were normal for his age and primary level education. Although inflammatory markers were elevated on admission, all bloods including TFTs, haematinics and lipids were now normal. Chest x-ray showed changes consistent with COPD.

He was diagnosed with a major depressive episode with prominent anxiety in the context of a chronic physical illness.

The diagnosis was explained to the patient and his daughter. He was happy to try an antidepressant and mirtazapine was suggested, starting at a dose of 7.5mg to be titrated gradually. Mirtazapine is a noradrenergic and specific serotonin antidepressant (NaSSA) that also has good anxiolytic effects. Its sedative properties are helpful for sleep and it also increases appetite. It is less likely to cause hyponatraemia and is therefore safer than SSRIs where there is a history of hyponatraemia.

We discussed relaxation and distraction techniques that he could use when he felt breathless. We taught these techniques to his daughter also and asked her to sit with him and talk him through the exercises when he was becoming distressed.

We asked him to write down a list of ADL goals and to plan one for each day. This was to be discussed with his daughter and nurse and his progress recorded daily.

He was seen by the respiratory assessment unit who educated him about COPD, supplied inhalers that he was able to use despite arthritis in his hands and began pulmonary rehabilitation, which was to continue as an outpatient following discharge.

He was encouraged to ask his friends to visit him in the hospital. When he was well enough to visit the café he spent time there with his grandchildren.

His daughter worked with the occupational therapist and social worker to put two rails on the stairs at home and a commode downstairs. He progressed well with physiotherapy, which arranged community follow-up.

He was discharged home one month later on mirtazapine 22.5mg with a bright future outlook, more confidence, reduced anxiety and independent functioning. If he remains well after nine-12 months of treatment it may be appropriate to consider slowly tapering the mirtazapine.

An 83-year-old woman was referred by her GP who was concerned that she was suffering from depression, which was not responding to an SSRI. She had been treated for depression four years ago following the death of her husband and had responded well to citalopram. The dose was increased two months ago without any benefit. Medical co-morbidities included hypertension, dyslipidaemia, diabetes and CCF.

On assessment she denied feeling depressed or down. She agreed that her energy was not what it was before but attributed that to her age. Her main concern was stomach complaints. Her sleep and appetite were unchanged. She agreed that she did not have the same sense of enjoyment in life. She denied suicidal thoughts but was ambivalent about a passive death wish. She presented as polite and neatly kept and although she answered questions when directly addressed, she lacked spontaneity and failed to respond when her daughter made a joke.

Her daughter felt that her mother was not herself since a mechanical fall nine months ago as she was getting out of the taxi that brought her to her day centre. A fracture and head injury were out-ruled in hospital. Over the months, however, her mother had become increasingly listless. She refused to return to her day centre and seemed uninterested in things that she had previously looked forward to such as time with the grandchildren or an evening at the concert hall. Now she rarely left home. She described vague stomach aches, which had been investigated by her GP without a cause found. Her daughter had noticed that the house was not as well maintained as it would have been in the past and on occasion her mother had mixed up the days on her blister-packed medications.

A full blood screen showed a high total cholesterol. A urine sample was clear. There was no postural drop on measurement of lying and standing blood pressure. She was on multiple medications but none were potentially sedating. The CT brain performed following her fall showed age-appropriate cerebral atrophy but extensive ischaemic change. MMSE score was 21/30 and MoCA was 16/30 with difficulties with the clock-drawing and verbal fluency tasks.

Is this woman depressed?

She describes a diminished sense of enjoyment in life and is displaying reduced interest and social withdrawal. However, her cognitive scores are lower than expected with difficulties noted in executive tasks. Given her cardiovascular risk factors and evidence of ischaemic change on her scan she likely has a co-morbid vascular cognitive impairment. These difficulties can make interpreting and interacting with the environment more challenging for patients. The presence of vascular brain disease and executive dysfunction can be a contributing cause of late-life depression and can impact on antidepressant response.  This so-called ‘vascular depression’ is proposed to be a particular age-related subtype of depression with a classical picture of apathy, withdrawal and reduced problem-solving abilities.

Citalopram was discontinued, as there had been no clear benefit. Higher doses (20mg) are also associated with prolongation of the QTc interval in the elderly. Venlafaxine, a serotonin and noradrenaline reuptake inhibitor (SNRI), was introduced at a low dose (37.5mg) to be titrated gradually with attention to the potential for orthostatic hypotension.

She attended a day hospital for a behavioural activation programme including goal-setting and graded exercise.

An occupational therapist worked with her and her family to identify enjoyable activities that could be adapted to her needs. The team liaised with her day centre, which also made changes to accommodate her, ie she now joined smaller groups of just two to three people where it was easier for her to keep up and participate.

In conjunction with her GP, her cardiovascular risks were optimised and closely monitored.

Home help was arranged for morning and evening to assist with medications and family took over most of the heavy housework. The patient herself was otherwise independent at home as determined by an OT home assessment.

After six months at the day hospital, she was discharged for outpatient follow-up. She had successfully reintegrated into her day centre, and her family felt that she was brighter and more engaged, less focused on her somatic complaints and managing well at home with the additional support.

Depression in late life is common with a community prevalence of approximately 15 per cent yet it is under-recognised and under-treated. The figures are consistently higher among hospital inpatients (20-25 per cent) and patients in long-term care (10-40 per cent). Late-life depression is a complex disorder, arising from the interplay of multiple diverse factors many of which differ substantially from those seen in depression that occurs in earlier life. It can have a significant impact on a person’s physical health and cognitive and social functioning.

The link with physical illness, as seen in the first case report, cannot be underestimated: It precipitates and maintains depression in the elderly and is the greatest determinant of prognosis. The relationship is bi-directional with depression adding to the disability associated with cardiovascular disease, Parkinson’s, and stroke. Anxiety is highly co-morbid with late life depression, presaging a poorer outcome and representing an independent risk factor for suicide.

Suicide among older adults is more likely to be associated with depression than at any other age and attempts are more likely to be fatal. The benefits of pharmacotherapy in this age group are clear but modest with the additional challenges of physical frailty and polypharmacy to consider. It is essential, therefore, that the assessment and management of late-life depression is approached in a comprehensive fashion, with an open perspective and a flexible, multi-modal treatment plan.

The link with physical illness, as seen in the first case report, cannot be underestimated: It precipitates and maintains depression in the elderly and is the greatest determinant of prognosis

The second case report highlights how affective symptoms may not always be to the fore in the presentation of late-life depression. Older people are known to sometimes minimise feelings of depression or express psychological distress in more somatic terms. This case also emphasises the need to consider the impact of organic changes of the ageing brain on mood.

The vascular depression hypothesis proposes that cerebrovascular disease predisposes, precipitates and perpetuates depression in the elderly due to disruption of the neural networks responsible for mood. It is closely aligned with a dysexecutive cognitive syndrome characterised by deficits in planning, organisation and speed of information processing. These syndromes can be difficult to treat but underline the need for tight control of cardiovascular risk factors. Social and environmental interventions that will enable the person to continue to live a meaningful and fulfilling life despite these cognitive difficulties also need to be considered.

A detailed history and collateral are key to identifying elderly people who may be at risk for or are struggling with depression. Successful management requires us to be broad-minded and innovative in our approach. While pharmacotherapy undoubtedly plays a vital role in moderate to severe cases, it must be used cautiously given the increased risk of adverse effects in the elderly. Physical health, social disconnection and functional/occupational decline are vital therapeutic targets, which demand multi-modal treatment plans tailored to the individual needs and abilities of the patient.