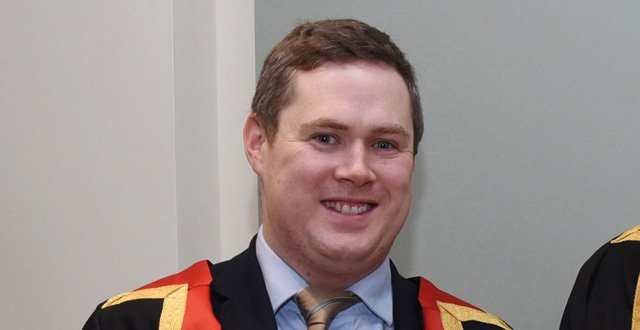 Treating neuropathic pain can be a complex process. At the recent 8th Annual Congress of the Irish Faculty of Pain Medicine, Dr Conor Hearty, Consultant in Anaesthesia and Pain Medicine, Mater Hospital, Dublin, underlined the fact that neuropathic pain is not a disease in itself, but a symptom of other diseases and conditions. Some of the disorders that can give rise to neuropathic pain, which affects between seven and eight per cent of the population, include sciatica, diabetes, HIV, carpal tunnel syndrome and herpes zoster.

In his talk at the meeting, which was titled: ‘Neuropathic Pain: A Treatment Strategy’, Dr Hearty spoke about the latest research on treating neuropathic pain, which focuses on the symptoms, rather than the cause of the symptoms or the underlying disease.

“They may have the same signs and symptoms but a totally different cause. And we might find people in the same diabetic group who have very different symptoms and signs. Really, what we are looking at is whether history and examination are a better marker of how someone responds to a drug than maybe the underlying diagnosis of disease.”

The shift in thinking is driven by the work of Dr Ralf Baron of the German Research Network on Neuropathic Pain. The Network focuses on the idea of a mechanism-based and symptom-oriented approach to neuropathic pain.

In order to derive a more rational treatment of neuropathic pain, the Network has proposed the need to establish a database of patients, including psychological and quantitative sensory evaluation, and to define pathophysiological mechanisms of pain and associated symptoms, as well as the development of chronic neuropathic pain.

It also calls for the introduction and evaluation of new interventions to prevent and treat neuropathic pain on the basis of a mechanism-based and symptom-oriented approach. The Network has said that a new classification of neuropathic pain should take into account subgroups of patients with different sensory profiles.

Sensory phenotyping has the potential to improve clinical trial design by enriching the study population with potential treatment responders, according to the Network, which might ultimately lead to a stratified treatment approach and ultimately to personalised treatment.

‘Really, what we are looking at is whether history and examination are a better marker of how someone responds to a drug than maybe the underlying diagnosis of disease’

The Network has created a Neuropathic Pain Data Bank. Almost all network participants provide the Bank with standardised information, including more than 500 parameters of each patient/volunteer regarding socio-economic, psychosocial and psychological data, as well as results of quantitative sensory testing (QST) in order to describe the variety of symptoms and the underlying mechanisms as precisely as possible.

QST examines the sensory perception after application of different mechanical and thermal stimuli of controlled intensity and the function of both large (A-beta) and small (A-delta and C) nerve fibres, including the corresponding central pathways.

By assessing the individual’s sensory profile, QST has been found to be valuable in evaluating the underlying pain mechanisms that occur in different frequencies, even in the same neuropathic pain syndromes. Furthermore, assessing the exact sensory phenotype by QST has been found to be of potential use in the future to identify responders to certain treatments in accordance with the underlying pain mechanisms.

According to Dr Hearty, the work of the group in its focus on symptoms and QST is “promising, but certainly not overwhelming”. He also pointed out that the Neuropathic Pain Special Interest Group from the International Association for the Study of Pain (IASP) published a significant systematic review and meta-analysis in Lancet Neurology last year on pharmacotherapy for neuropathic pain in adults.

Studies published in peer-reviewed journals reported greater effects than did unpublished studies. Trial outcomes were generally modest — in particular, combined NNTs were 6.4 for serotonin-noradrenaline reuptake inhibitors (SSRIs), mainly including duloxetine; 7.7 for pregabalin; 7.2 for gabapentin, including gabapentin extended release and enacarbil; and 10.6 for capsaicin high-concentration patches.

NNTs were lower for tricyclic antidepressants, strong opioids, tramadol and botulinum toxin A, and undetermined for lidocaine patches. Based on the Grading of Recommendations Assessment, Development and Evaluation (GRADE) method, final quality of evidence was moderate or high for all treatments apart from lidocaine patches; tolerability and safety and values and preferences were higher for topical drugs; and cost was lower for tricyclic antidepressants and tramadol.

“What the review provides is clear suggestions in terms of medications that may be useful for neuropathic pain,” according to Dr Hearty.

“What it also shows is that the development of medicine in this area has been slow. We have still to find medications that are as efficacious as amitriptyline and nortriptyline, which have been around since the 1970s at least, certainly long before my time. There are new medications but they are not as efficacious as the older ones.”

Dr Hearty said that first-line treatment of a tricyclic such as amitriptyline, gabapentin and pregabalin can be effective, providing a 50 per cent reduction in pain,

“We would consider that a success. Unfortunately, not everybody responds and that is where it becomes more problematic,” according to Dr Hearty.

“Then we would go through some of the second-line treatments for neuropathic pain, which tend to be for patients who are refractory or in specialised centres. So it tends to be things like strong pain-killing medications, topical medications such as lidocaine or capsaicin. I talked about specific circumstances, as with trigeminal neuralgia, where there are specific treatments available, such as carbamazepine.”

Dr Hearty said that for certain refractory conditions, such as sciatica and failed back surgery syndrome, interventional procedures would be considered, such as epidural steroid injections, as would neurostimulation in some cases. The most common patients seen in his specialist clinic in the Mater are those with sciatica and post-herpetic neurology.

“They need full multidisciplinary assessment and it needs to be carefully weighed-up with the pros and cons. But in carefully-selected patients, we can achieve very good outcomes.

“The first challenge is to recognise the symptoms. Once the symptoms are recognised, the treatment strategies are relatively clear and are often guided by the patients’ descriptions and how they can tolerate the medications. It is the patients who fail first- or even second-line therapy that we would typically see referred to our service here in the Mater. They are a very challenging group of patients to treat because a lot of the patients with resistant neuropathic pain often fail multiple therapies, and it can be a really difficult journey for them to take because they have high expectations.”

When treating patients, Dr Hearty said it is important to bear in mind the effect that chronic pain can have on a person’s life.

“When someone has chronic pain, it usually means that they are less active,” he explained.

“They can often have problems in terms of loss of fitness, they can have weak muscles, stiff joints, they often have a list of things they can’t do, they can often end up with sleep problems, tiredness, fatigue, stress, fear, anger, frustration.

“What we are trying to do is to break that negative cycle. That can be with a reduction in pain, but equally we can also address some of the other negative issues such as activity, sleep and thinking processes. That part of the therapy is offered to everyone, in that it has zero side-effects and it is effective for many people.