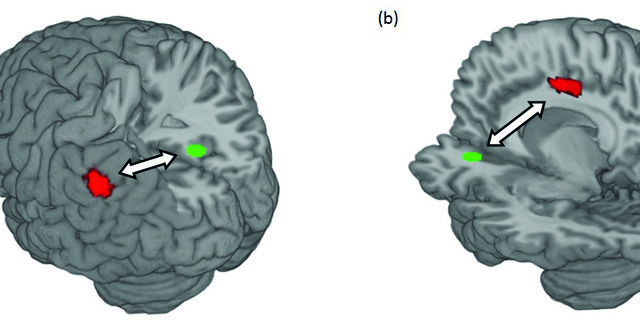 A new randomised, controlled trial led by Prof Gary Donohoe from the School of Psychology and Centre for Neuroimaging and Cognitive Genetics at NUI Galway has found that when cognitive remediation (CR) training, more commonly known as ‘brain training’, is provided, even with low support in a community setting, psychosis patients’ scores improved on measures of memory, intelligence and social and occupational functions.
This first-in-Ireland study published last month in the international journal Psychological Medicine investigated the effectiveness of a low-support, and hence low-cost, remotely-accessed computerised working training programme in patients with psychosis. An online web-based cognitive remediation training programme was developed by the researchers and specifically targeted ‘working memory’ — the ability to hold information online so that it can be used for planning and problem-solving, a key ingredient of intelligence.
Funded by the Health Research Board, a total of 90 community-based and clinically-stable people took part in the study, aged between 18-to-65 years who had a history of psychosis and were engaged in some activity, such as part-time work or attending a rehabilitation clinic for at least two days each week. Participants were recruited from community health teams from various clinical services in Dublin, Wicklow and Galway, and through the Dublin branch of the National Learning Network.
Patients were referred by their local treatment or rehabilitation teams following a series of presentations made about cognitive remediation by the study team. Effectiveness of the intervention was assessed in terms of cognitive performance, social and occupational function, and functional MRI scanning two weeks’ post-intervention, with neuropsychological and social function again assessed three-to-six months’ post-treatment. Trial outcomes were registered in advance, with neuropsychological performance designated as the primary outcome measure for the study, and social function and MRI task performance designated as secondary outcome measures.
Commenting, Prof Donohoe said: “Psychological treatment for major mental disorders are significantly lacking for adults, particularly for those with psychosis. Many patients only partly respond to medication, and deficits in cognition — which often drive the level of disability experienced by patients — are not improved by treatment. Cognitive remediation is known to be effective, but these programmes usually require a significant amount of direct contact with clinicians. What is important about this programme is that it involved only one hour of weekly contact with a psychologist (the same as for other psychological therapies such as cognitive behavioural therapy (CBT), with most of the training work being done at home.

Continuing, he said that what is remarkable about this study is that, despite the challenges faced by patients with psychosis, over half were able to complete the training with relatively little support. Following this, the treatment group showed significant recovery, not just of memory function and general intelligence, but also in day-to-day social and occupational function.
Results from the study found that patients who completed the intervention, which consisted of 30 minutes of training at home, five days a week, supported by weekly one-hour sessions with a psychologist for a total of eight weeks, showed significant gains in both cognitive and social function at both the two-week follow-up and later three- to six-month follow-up time frames. Patients who completed MRI scanning also showed improved functional brain connectivity relative to patients in the placebo condition (talking weekly to a psychologist without practicing the computerised programme).
The study concluded that cognitive remediation training improved cognitive and social function in patients with psychosis. This study demonstrates that, at least for some chronic but stable outpatients, a low-support treatment was associated with gains that were comparable to those reported for cognitive remediation training delivered entirely on a one-to-one basis. The researchers found that cognitive remediation has the potential to be delivered even in services in which psychological supports for patients with psychosis are limited.
To read the full study in Psychological Medicine, visit: http://bit.ly/2wJ1NOe.