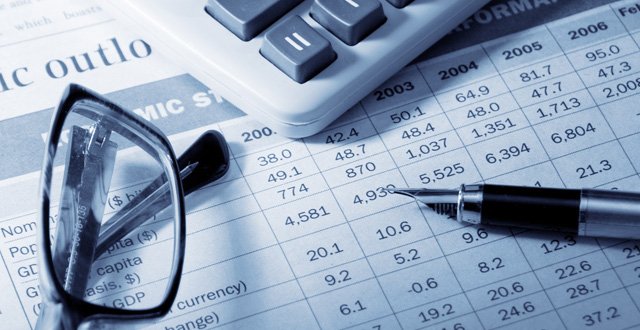 Working in the HSE’s Special Delivery Unit (SDU) has not been easy over the past year. The Unit was established in 2011 with the difficult mandate of solving the health service’s perpetual overcrowding and waiting list crises. The loss of key personnel, the removal of power to designate funding, and the movement of the Unit from the Department of Health to the HSE, all hindered the ability of the SDU to fulfil of its aims.

Correspondence, seen by the Medical Independent (MI), between the SDU and the HSE National Director of Acute Hospitals Mr Liam Woods, last year shows how the resources available to the Unit were being stretched to the limit.

The Unit had been operating without a permanent leader ever since Ms Liz Nixon left the role in 2014. In May 2015, the then General Manager of the Unit (and Acting Head) Mr Conor Leonard wrote to Mr Woods to outline the severe operational challenges the Unit was facing. Mr Leonard wrote that he was very disappointed to learn that it was decided not to approve a post for a new SDU head, but rather seek an internal candidate in the Acute Hospital Division through an internal expression of interest.

“Despite assurances from your predecessor, the SDU unit lead post was not progressed during his tenure,” Mr Leonard stated. “While I and others were willing to act into the lead role, with all the additional commitments/responsibilities that went with this, such an arrangement is not tenable after a year. More crucially, the current staffing situation is actually becoming unstable.”

Mr Leonard said that natural turnover has resulted in the SDU’s workforce reducing from 14 whole-time equivalents at the time it joined the HSE, to the current level of seven. One of the staff members who were not replaced was a data analyst, yet approval was not given for a replacement to be hired.

“A great deal of operational responsibility that had been held by the SDU has, very properly, been taken back into Acute Hospital Division operations,” Mr Leonard stated. “That reduced the day to day expectations on the SDU considerably, which has mitigated this staff loss. I have been able to undertake most of the data analysis work, which appears to be greatly valued by the system. However, I am now the only person here with that particular skillset.”

Mr Leonard said that if an Acute Hospital Division expression of interest process for the Unit lead was to go ahead, as well as one for any other additional staff, he was “very concerned” that it would not be possible to recruit the appropriate staff in a timely fashion to work on service performance for the coming winter (2015/2016) or in relation to implementing the Emergency Department Task Force Report. He was also concerned that the normal human resource process would not result in the timely progress needed to deal with the issues relating to secondments due to end in September 2015.

Unless there are immediate actions in relation to recruitment and retention, the SDU will, within a matter of months, be at the point at which it will be unable to function in any meaningful way, particularly in relation to unscheduled care issues

In terms of activity, Mr Leonard stated that only one member of staff, along with one National Treatment Purchase Fund (NTPF) colleague, was working on scheduled care improvement for the entire country, while there were only three people left solely for unscheduled care liaison work.

In the latter area, the staff were engaged with only three hospitals. Mr Leonard said that the Unit had had no or minimal contact for at least six months with the following hospitals in relation to unscheduled care issues: St James’s Hospital, Dublin; Midland Regional Hospital, Portlaoise; St Luke’s Hospital, Kilkenny; Beaumont Hospital, Dublin; Cavan General Hospital; Our Lady of Lourdes Hospital, Drogheda; or any of the paediatric hospitals.

“Even where we are maintaining contact, site visits are mainly on a monthly basis,” he wrote. Tallaght Hospital was receiving significant support from the Irish Hospital Redesign Programme (IHRP), which was being led by the SDU and the normal liaison process was suspended in such cases.

“Unless there are immediate actions in relation to recruitment and retention, the SDU will, within a matter of months, be at the point at which it will be unable to function in any meaningful way, particularly in relation to unscheduled care issues.”

No immediate action, however, was taken. If anything, the situation deteriorated. Then Minister for Health Leo Varadkar was especially keen for a new SDU head to be appointed; yet the role remained unfilled. Other staff losses continued to mount, which further restricted the ability of the Unit to fulfil its duties.

A letter signed by the entire SDU team on September 23 2015 to Mr Woods said that the staffing matter had reached a “critical juncture” with the imminent departures of the Acting Unit Lead (Mr Leonard) and the sole part-time administrative support to the team. This left a very small team to cover the areas of unscheduled and scheduled care, as well as the IHRP.

At the beginning of 2015, a submission had been made by the SDU as to the future direction of the Unit. The plan was to turn it into a National Service Improvement Team (NSIT), which would have control over a €10 million “innovation fund”. No decision on this proposal had yet been made by September 2015.

“We believe that there is an urgent need to critically examine and make explicit the priorities and expectations for what remains of the Unit and the interim leadership and governance arrangements to be put in place pending any planned Unit Head appointment,” according to the letter.

“We therefore seek an urgent meeting with you as National Director to seek such information and direction given the significant impacts not only for the Unit but for each of us personally, professionally and reputationally [sic].”

A further letter from the Unit was addressed to Mr Woods on October 14 2015 after the two members of staff previously mentioned had left the Unit. The letter highlighted that due to Mr Leonard leaving his role, there was now a lack of discrete business intelligence support. This would impact on the level of insight the Unit had in using data proactively as a reporting and predictive business tool.

“In addition, the uncertainty around an interim lead interface role within the Unit working with the Acute Hospitals Division, leaves us remote from day to day operations and had the potential to be [a] key impediment as we head into the critical winter period,” according to the letter.

“At a basic level, we are unclear how we now address simple governance matters around, for example, certification of annual leave or expenses and suggest that we might cross certify for each other pending clarification.”

Finally, at the end of the year a new head of the Unit was appointed; Ms Grace Rothwell, former manager of South Tipperary General Hospital. But the future of the Unit is still very much uncertain.

A strategic review of the Unit has begun but no decision has yet been made if there will be a change to its structure or remit, according to the HSE. The Programme for Government, however, has committed to establishing a Performance Management Unit, which seems to be the next stage in the evolution of the SDU (see panel).

In early 2015, a submission was made to the HSE’s National Director of Acute Hospitals Mr Liam Woods about the future direction of the SDU. The submission noted that the Unit always planned to merge its responsibilities for scheduled and unscheduled care. However, due to staffing changes this merger never occurred, but there was still a need for greater integration between the two areas.

“The scope encompasses inpatients, outpatients, emergency care, community care, and diagnostics, at a time when hospitals are also undergoing structural reform with the formation of the Hospital Groups,” according to the document.

“The challenge is highlighted by the complexity of achieving simultaneous improvements in both non-elective and elective flows. Thus, an integrated approach to the practical implementation of policy objectives is needed to ensure a consistency in approach to the management of healthcare on the ground. This requires a strategic vision as to where we want to be and how to get there.”

The submission stated that while the SDU has worked with the NTPF to fund patients on public waiting lists to be treated privately, similar levels of funding could have generated an enduring improvement in capacity of the public health service.

It proposed, therefore, that innovation funding was needed in order to embed sustainable improvements within the healthcare system. Ultimately, the submission proposed that the Unit should be replaced by a new Acute Hospitals NSIT. The role of NSIT would be to: Support, develop, and monitor performance improvement activities at group and hospital level; provide focused rapid site improvement through the IHRP; and provide intensive support in exceptional circumstances to hospitals that are clearly failing to meet their scheduled and unscheduled care demands.

“The NSIT needs to retain a level of authority, which allows it to cross foundries and remove constraints. A high degree of flexibility and responsiveness is needed for this level of change management and service improvement.”

New “management information systems” would also be necessary in order to ensure that resources are used in the best possible manner. It would also require an annual budget of between €10-15 million to facilitate “a range of initiatives across numerous settings”.