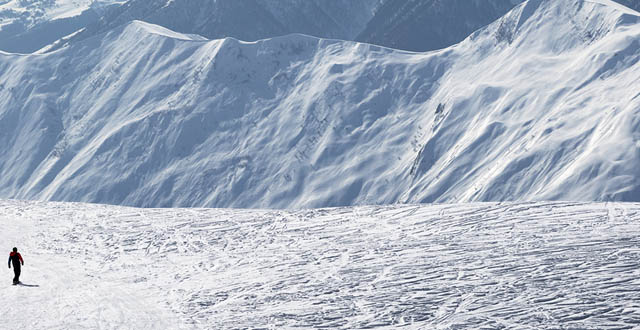 During the Great Snow, I went through the snippets and articles of medical interest sitting on my kitchen table. Some are from the Medical Independent; others from newspapers. The best get stuck under fridge magnets, along with my favourite Mindo cartoons.

Let’s start with a lawyer who said the relationship between doctor and patient is “not merely a legal relationship, but one based on trust” and that a system of medical regulation that undermines trust “has got to be wrong”. Yes, yes, yes. It’s lovely to have new voices speaking up for what we do.

It ties-in nicely with a book review on unconventional treatments, which reminds the GP writer: “Never underestimate the power of the doctor themselves as the therapeutic agent.” I think modern hospitals ignore this part of patient care, as if it doesn’t matter.

The thing is, it’s not just GPs who are therapeutic agents. I didn’t know studies have shown “the biggest single factor that influences how happy a patient is after a knee replacement is how nice the doctor is to the patient”. Of all hospital specialties, orthopaedic surgery looks purely technical. Clearly, it’s not.

I find I learn a lot about our health system from individual patient experience, but consultant colleagues warn me: “That’s just anecdote, not evidence.” I’d have been at home at the meeting of medical story-telling in Galway. Yes, stories help “make sense of medicine’s complexities and uncertainties” and help maintain “a sense of humanity and what’s important”. Evidence-based practice has its place, but don’t leave people out.

An item that will live on my fridge door, for a while, is from the RCSI Millin Meeting. A UK Professor said specialism may be causing harm. It “breaks down continuity of care” and leads to endless referrals; professionals are reticent to make decisions outside their specialty, which leads to “paralysis in the system”.

I didn’t think I’d see that said in my professional lifetime, and by a surgeon. It’s the story of my life as a consultant, especially in recent years. A hospital admission used to be a one-stop shop to get everything sorted quickly for a patient. Now it’s just the prelude to months of clinics and scans and scopes.

The Professor also said that specialism leads to “medical tribalism” and specialists dominating guidelines. I hope that’s not what lies behind the loud campaign to “streamline” trauma services, which is covered in several newspaper cuttings.

Based on the horrors of reconfiguration in the Mid-West, here’s what will happen.

The new trauma centres will be overloaded with patients and trolleys; they’ll wonder what went wrong, how could the data lie? The HSE won’t believe them and will claim there are only two extra admissions per night. Referring hospitals will discover that patient transfers require complex decision-making and are very time-consuming. The ambulance service will fall further behind on their HIQA targets.

Please, please, do it in Dublin first. There’s some slight chance the problems will be noticed before it’s imposed on all of us.

If  ‘reconfiguring’ in Dublin causes problems, maybe The Irish Times and Sunday Business Post might notice that the extreme trolley crisis in the Mid-West was caused by reconfiguration. It might dawn on them that “reconfiguring” services in Portlaoise will severely damage all nearby hospitals.

Meanwhile, an Irish Times editorial calls for trauma care on fewer sites, just like cancer services were “centralised in eight sites” a decade ago. But that’s not what really happened: as public services closed, private centres opened. The then Minister for Health Mary Harney even cut the ribbon on one such unit.

A Sunday Business Post article says the Government has refused to centralise services, “which would help reduce running costs”. I am not aware of any evidence that cost will be reduced.

If this comes as a surprise, look at the private hospitals — they have remarkably small staff numbers. They don’t talk about ‘economies of scale’, and for good reason. An acute hospital is not a manufacturing plant churning out pins, in the Adam Smith model, or complex items, such as cars. Acute care is more like crash repairs. It’s messy, with highly-individualised, bespoke solutions for each patient.

In economic terms, the true problem is that large hospitals have higher fixed costs than smaller units. That makes every case expensive, even the simple ones.

“I think sometimes we take an engineering analysis to the health system”, says Dr Mike Ryan from the World Health Organisation, when actually, health is “very organic”.

I agree. That’s another one for my fridge.