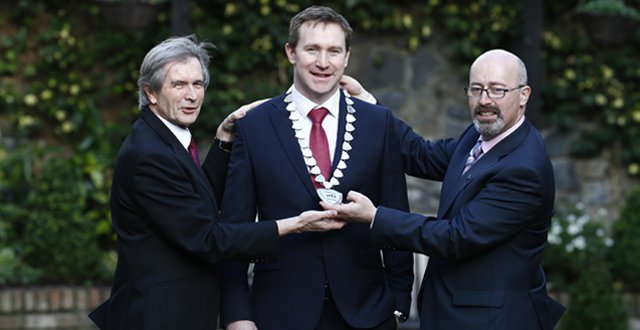 “It is bizarre that GPs are paid less than it costs to insure a pet for a year,” outgoing NAGP President Dr Conor McGee said. “Literally overnight, the Government cut funding to general practice by 38 per cent under the Financial Emergency Measure in Public Interest (FEMPI) Act, but I guarantee that no GP in the country is giving 38 per cent less of a service. That situation is simply not sustainable.

“The challenges occurring here in healthcare delivery are not unique to Ireland. Other healthcare systems are experiencing similar issues. The difference is that other countries have recognised that the solution to hospital overcrowding is to limit the number of people going into hospital and getting those who have been admitted out as quickly as possible. The only way to do that is through community-based health services. International success stories have centred around GP-led, Government-funded initiatives,” Dr McGee said.

He said GPs want to participate in resolving the problems that are being experienced in the health system. “We have solutions, solutions that have been proven to work internationally, but whatever way we turn, barriers are being put in our way. If Government is serious about creating a high-quality, efficient, equitable health system, it needs to be work with GPs and exploit the immense enthusiasm and range of skills available in general practice.”

Discussing the rural practice allowance, Dr McGee maintained that “it belongs to communities, not the HSE – it is taxpayers who pay for it”.

The Association’s new President, Limerick GP Dr Emmet Kerin, also argued that the next government needs to reverse the current situation whereby most patients enter the health system through hospitals, instead of primary care.

As a result, he said emergency departments are being constantly overwhelmed. Dr Kerin said that, in contrast, under the New Zealand model, 40 per cent of funding goes to primary care, compared with just 8 per cent here.

He maintained that best international evidence is that most care is delivered by GPs and the reform has to happen in primary care. He asked that the next government look at a longer term, 10-15 year, investment in primary care.

Also addressing the conference, NAGP Chairman Dr Andrew Jordan said, “there is a crisis of monumental proportions developing in general practice and no one seems able to see it”.

“HSE Chief Information Officer Mr Richard Corbridge told the Primary Care Partnership conference, [which took place during the two days prior to the NAGP AGM in the same venue in Maynooth] that ICT only received 0.8 per cent of the health budget, compared to an EU average of 3.2 per cent, so less than a third of what it should get. That’s the same as primary care in Ireland, we get just a third of what we should get,” Dr Jordan told the Medical Independent.

Addressing the AGM, Dr Jordan called on NAGP members to make their voices heard; saying the Association and the AGM was all about them and their input; “general practice, your time has come”.