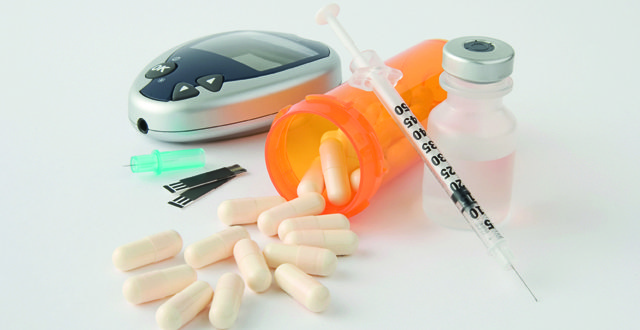 Type 2 and pre-diabetes typically occur in midlife when lifestyle habits are well-established. Diabetes Ireland said it recognises that making changes can be difficult especially when it involves food intake and being more active. Diabetes Smart is designed with these challenges in mind, according to the organisation.

Up to 1,000 individuals receive a diagnosis of type 2 diabetes each month in Ireland. Thousands more are told by their GP to change their diet and lifestyle to help reduce their blood glucose reading and avoid acquiring type 2 diabetes. According to Diabetes Ireland: “We all need to learn the principles of healthy eating and physical activity guidelines and how to put these into practice to prevent future diabetes complications. Additionally the 200,000 people living with diabetes need regular reminding and skills updating. Diabetes Ireland took on this knowledge and skill challenge, working with Trinity College and developed Diabetes Smart, a 55-minute online series of videos, quizzes and visual tools that people can watch and participate in, from the comfort of their own homes.”

“Many people want to learn at their own pace. Diabetes Smart allows people to dip in and out at their own pace thereby accumulating knowledge in bite-sizes, which will make the period of changing to a healthier lifestyle easier. You do not have to complete it all at once” commented Dr Anna Clarke, who was involved in the design and content of this project.

Dr Clarke, Health Promotion and Research Manager at Diabetes Ireland, said family members and the one million people at risk of type 2 diabetes due to poor lifestyle behaviours would benefit greatly from taking the course.

“It will empower them to be able to understand the challenge of living with diabetes and may motivate them to take proactive steps to protect their own health,” added Dr Clarke.

Diabetes Ireland said it is keen to make doctors and nurses aware of the free resource for the benefit of their patients.

While better access to treatment programmes will reduce rates of drug-resistant tuberculosis in countries with a high burden, they will not eradicate the problem alone and current efforts may not be enough to reverse the epidemic.

As a result, research into additional control measures will be needed to prevent drug-resistant tuberculosis spreading between people. To reduce the burden of drug-resistant disease, the researchers recommend that treatment be coupled with ways to prevent spread, such as early detection, reducing the number of patients who do not complete treatment and providing tailored treatment depending on which drugs the strain is susceptible to.

Latest figures estimate that each year there are 10.4 million new cases of tuberculosis, leading to 1.8 million deaths globally. Nearly 40 per cent of all drug-resistant tuberculosis cases occur in Russia, India, the Philippines and South Africa – accounting for more than 230,000 cases of drug-resistant disease in 2015.

Tuberculosis is a bacterial disease that can be treated with a combination of antibiotic drugs. However, as a result of use and misuse of antibiotics (such as using the wrong drug, or not completing the full course of treatment) bacteria can develop drug resistance.

The authors propose that increased spread from person to person will be responsible for the growing number of drug-resistant tuberculosis cases.

“We cannot focus solely on curing people with tuberculosis or drug-resistant tuberculosis if we want to halt the epidemic. Even if we prevent new drug-resistant infections, there are enough current cases to keep the epidemic going, and drug-resistant tuberculosis will continue to be an increasingly dangerous threat so long as resistant strains spread through the air from one person to another,” said Dr Sharma. “We need to dramatically step up efforts to break the cycle of transmission – while also maintaining work to rapidly find and treat all people with tuberculosis. We must strengthen infection control measures, focus on households, health centres and communities to prevent tuberculosis spreading from person to person and develop more effective diagnostic tests to rapidly and accurately detect drug resistance.”

The authors note that, although their model is based on the best available data, the data for Russia and India was scaled up from regional data and may not represent the true national disease burden. The model does also not take into account population density and migration, which could increase the transmission rates.