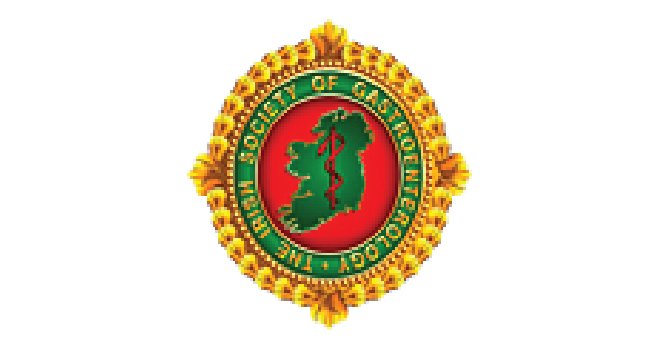 A Neurogastroenterology and Motility Special Interest Group is currently being established within the ISG, the Society’s Winter Meeting was told.

The ISG has become an affiliate of the European Society of Neurogastroenterology and Motility (ESNM) www.esnm.eu/affiliated-societies/), Dr Hyland explained.

The ESNM is a non-profit society with the mission to defend the interests of all professionals in Europe involved in the study of neurobiology of gastrointestinal function.

“ISG members who align themselves with the ISG’s Neurogastroenterology and Motility Special Interest Group will be offered automatic membership of ESNM and listed in the ESNM members’ directory; will benefit from excellent networking opportunities; will receive a newsletter to keep up-to-date with news and information from the world of neurogastroenterology and related fields; will be offered discounts on registration fees for the numerous activities organised by ESNM; will gain free access to the ESNM journal Neurogastroenterology and Motility; and will have the liberty to vote in the ESNM General Assembly, giving you the chance to be directly involved in the decision-making processes of the association,” Dr Hyland said.

In 2017, Ireland will host the European Society’s Neurogastroenterology and Motility European meeting, ‘NeuroGASTRO 2017’, at UCC.

“In the meantime, we would encourage the ISG membership with an interest in this field to join this Special Interest Group when renewing their membership. Further information on the Group’s activities and NeuroGASTRO 2017 will follow at future ISG National Meetings,” he stated.

Meanwhile, it was announced that the 2016 ISG Summer Meeting will take place on 9 and 10 June in the Radisson Blu Hotel, Galway.

Female ulcerative colitis (UC) patients need to be fully counselled about the potential impact on their fertility and fecundity before embarking on surgical treatment for their condition, the ISG Winter Meeting heard.

He noted, however, that scarring is an obvious issue for patients, particularly younger ones, who tend to favour less incisions and single-port access.

“You are dealing with a young cohort of patients who are at a delicate time of their lives in regards to image and relationships, so it is important to factor that in, particularly with regards to leaving them with a stoma,” Mr Martin told MI.

Meanwhile, he said he preferred to place the rectal stump above the fascia and suture just under the skin after colectomy, as it allows easier access to the pelvis if further surgery is needed.

“It is very much an individual surgeon’s approach but it was just how I was trained in the US. I think that even though the data doesn’t support it, the complication rates may be a little bit lower and any subsequent operation is easier,” Mr Martin explained.

Looking at the other surgical options for acute UC, Mr Martin said the only indication for proctocolectomy is when there is sudden “massive lower GI bleeding”, as there is high morbidity (67 per cent) and an 8.3 per cent mortality risk, according to the literature, “so it is not an operation to be undertaken lightly”.

Summarising, he said quality of life and functional outcome are key in UC surgery choices.

Speaking to MI, he noted that “UC is a severe condition with significant associated morbidity and generally, specialist multidisciplinary care, including surgeons, is needed.

“I think there is consensus about a lot of things [treatment-wise] but there is debate about the finer things in the management of these patients, so that’s why I think the case studies are really helpful,” Dr Kevans explained.

He acknowledged that surgeons are a key part of the management of UC patients and their work can be “life-saving, so they should be involved from the start”.

IBD database set to move to a cloud-based system

He said the idea for the database took off five years ago, and followed a “very successful” database that was developed in St Vincent’s in the 1980s.

The national project received ISG approval and pharmaceutical support in 2011 to design a database. It is a standalone database currently in use in four centres in Dublin and Cork, Prof Mulcahy reported, adding that 3,627 patients are registered in St Vincent’s.

The database is used day-to-day by the hospital’s medical staff and is updated by nurses, he explained. It generates GP letters and facilitates reporting at a hospital level, and so “has been very useful for us”.

“It is quite intuitive and easy to use… and can take the Mayo score for UC patients, for example, and is connected to our PACS…

“The bad things are, it is time-consuming to set up and IT systems are moving away from standalone systems. The future will be moving to a cloud-based system, which has several advantages — there will be only one database; when it is updated, it will be updated nationally; and it can be used by all departments,” Prof Mulcahy concluded.

The overall update for the national colorectal cancer screening programme, BowelScreen, is just 40 per cent (44 per cent female, and 36 per cent male), the latest figures reveal.

An update on the programme and the pathology to date was given to the ISG Winter Meeting by Prof Kieran Sheahan, Consultant Histopathologist, St Vincent’s University Hospital, Dublin.

The programme’s first three-year screening round is now almost complete, and in 2016 the next two-year round will commence, he explained.

“It is one of the first screening programmes in the world to use FIT [faecal immunochemical test] as a primary screening test, so we are on learning curve,” he commented.

Over 465,771 invitations for screening have been issued to date by the programme, Prof Sheahan revealed, adding that while the uptake is “slightly disappointing, it is improving”.

To date, the positive FIT rate is 5 per cent, while the adenoma detection rate is 51 per cent, he reported. The number of cancers detected stands at 375, with a cancer detection rate per 100 colonoscopies of 5.3 per cent. Of the screened patients who have had adenomas removed, 22 per cent have been placed under medium-risk surveillance and 17 per cent under high-risk surveillance.

“It is doing its job I guess, in that we are finding lots of polyps and lots of cancer,” Prof Sheahan commented.

He then discussed the challenges posed by large polyps and serrated pathology. The vast majority of adenomas detected to date (total 8,972), of those sized (5,309), were under 1cm (79 per cent), he noted, while 17 per cent were between 1-2cm and 4 per cent were over 2cm.

Prof Rutter quoted data showing that incomplete polyp removal and complications are common, lead to worse patient outcomes and are a significant risk for later and missed cancer development.

Non-alcoholic fatty liver disease is ‘on the rise’

The incidence of non-alcoholic fatty liver disease (NAFLD) is rising and is also now being seen in much younger patients, the ISG Winter Meeting heard.

During a special session dedicated to obesity and digestive disease, Prof Chris Day, Consultant Hepatologist,  Freeman Hospital, Newcastle upon Tyne, UK, quoted 2014 Australian data showing a NAFLD rate of 12.8 per cent in 1,170 surveyed 17-year-olds, which compared to a rate of 2.5 per cent in UK 17-year-olds in 1974.

He said that if the obesity epidemic continues, cirrhosis will become common in these patients in their 30s, and pointed out that the most severe form of NAFLD, non-alcoholic steatohepatitis (NASH), is now overtaking alcoholic liver disease as an indication for liver transplantation in the US. With the new treatment advances for hepatitis C, NASH will soon become the number-one indication for transplantation, Prof Day stated.

Discussing the diagnosis of NAFLD, he said that relying on the presence of abnormal LFTs is not enough, and that the Fatty Liver Index (LFI) is an effective tool, and more cost-effective than ultrasound.

Prof Day maintained that weight loss should be the first line of treatment, with some studies suggesting the Mediterranean diet is best, though he acknowledged how difficult lifestyle modification can be for patients. He noted that bariatric surgery is very effective.

He also said that despite concerns, statins are safe in NAFLD patients and are “good for the liver too”.

Also speaking during this session was Sir Steve O’Rahilly, Professor of Clinical Biochemistry and Medicine, University of Cambridge, UK, who discussed the various gene mutations that can cause obesity, such as leptin deficiency.