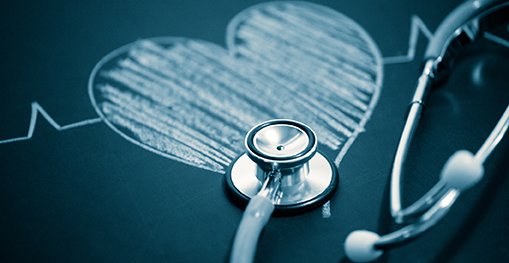 The European Society of Cardiology (ESC) issued new guidelines on diabetes, pre-diabetes and cardiovascular diseases last August, which were published online in the European Heart Journal, and on the ESC website. They were developed in collaboration with the European Association for the Study of Diabetes (EASD).

Prof Francesco Cosentino, ESC Chairperson of the guidelines Task Force and professor of cardiology at the Karolinska Institute and Karolinska University Hospital in Stockholm, Sweden said: “The emphasis of these guidelines is to provide state-of-the-art information on how to prevent and manage the effects of diabetes on the heart and vasculature, with a focus on new data that has emerged since the 2013 document.”

Prof Peter J Grant, EASD Chairperson of the guidelines taskforce and Professor of Medicine at the University of Leeds, UK, said: “Recent trials have shown the cardiovascular safety and efficacy of SGLT2 inhibitors and GLP-1 receptor agonists for type 2 diabetes. We provide clear recommendations here.”

The global prevalence of diabetes continues to increase. It is predicted that more than 600 million individuals will develop type 2 diabetes worldwide by 2045, with around the same number developing pre-diabetes. Estimates state that diabetes affects 10 per cent of populations in previously underdeveloped countries such as China and India, which are now adopting western lifestyles, and 60 million Europeans, of which half are undiagnosed.

“These figures pose serious questions to developing economies, where the very individuals who support economic growth are those most likely to develop type 2 diabetes and to die of premature cardiovascular disease,” states the document.

The document states that moderate alcohol intake should not be promoted as a means to protect against cardiovascular disease. “There has been a long-standing view that moderate alcohol intake has beneficial effects on the prevalence of cardiovascular disease,” said Prof Grant. “Two high-profile analyses have reported this is not the case and that alcohol consumption does not appear to be beneficial. On the basis of these new findings we changed our recommendations.”

Self-monitoring of blood glucose and blood pressure is advocated for patients with diabetes to achieve better control. Data has emerged to implicate glucose variability in the causes of heart disease in diabetes. In addition, glucose variation at night is particularly linked with hypoglycaemia and deterioration in quality-of-life.

“This indicates that it is no longer appropriate to depend on occasional glucose measures to manage control, particularly in type 1 diabetes,” said Prof Cosentino. “At the same time, flash technology has been developed which uses a small sensor worn on the skin to continuously monitor glucose levels. Similar arguments pertain to home blood pressure monitoring.”

Statins are not recommended in diabetic women of childbearing potential and should be used with caution in young people, according to the guidelines. “We have no experience of the effects of 50 or 60 years of statin use in an individual and we do not advocate non-essential drugs in pregnancy when the potential adverse effects on the unborn child are unknown,” explained Prof Grant.

Clinical trials on the cardiovascular safety of medications for type 2 diabetes have led to a paradigm shift in glucose-lowering treatment. Two groups of diabetes drugs – GLP-1 receptor agonists and gliflozins – showed cardiovascular safety and benefit in patients with diabetes who either already had heart disease and/or had multiple risk factors.

Non-vitamin K antagonist oral anticoagulants, specifically rivaroxaban, have been reported to benefit peripheral vascular disease and should be considered in combination with aspirin for patients with diabetes who have poor circulation in the legs, the ESC advises.

PCSK9 inhibitors are recommended for patients with diabetes at very high risk of cardiovascular disease who do not achieve low-density lipoprotein (LDL) cholesterol goals despite treatment with statins. In these patients, a more ambitious LDL cholesterol target of below 1.4mmol/L is recommended.

Lifestyle advice for patients with diabetes and pre-diabetes includes:

Adopt a Mediterranean diet supplemented with olive oil and/or nuts to lower the risk of cardiovascular events.

Do moderate-to-vigorous physical activity (a combination of aerobic and resistance exercise) for at least 150 minutes per week to prevent/control diabetes — unless contraindicated, such as in patients with severe comorbidities or limited life expectancy.