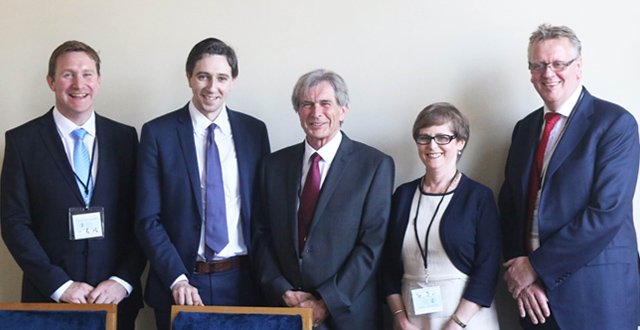 “I welcome the Minister’s stated commitment to rebuilding relations with GPs and the commitment to a new GP contract,” Dr Kerin said after the meeting.

“An engaging and productive discussion took place with Minister Harris on a wide range of issues”.

The NAGP delegation said the issues discussed included the need for a new GP contract; how to retain GPs; integration of Primary and Secondary Care; and the NAGP’s role in promoting innovation.

The NAGP is not a party to the current negotiations between the IMO and the Department of Health over the new GMS contract.

However the NAGP said that today’s meeting with the Minister “was the first in the process of engagement with the NAGP which Minister Harris indicated would be ongoing.”

The NAGP delegation presented a detailed submission which outlined the organisations vision for the future of GP-led Primary Care. At the meeting, Dr. Mary Flynn emphasised the need for GPs to have greater access to diagnostics.