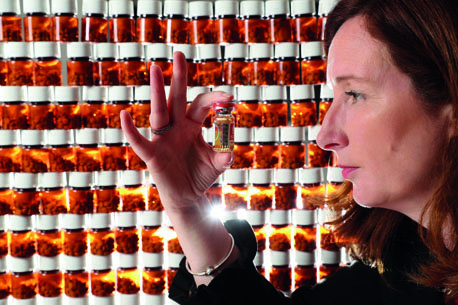 Myths surrounding the use of topical steroids are common and contribute to under-use, which is a huge problem in the management of atopic dermatitis, according to a UK-based dermatologist.

Dr Deirdre Buckley, Royal United Hospital, Bath, in her presentation on ‘How to manage eczema’, highlighted several myths about topical steroids, including the falsely-held view that they cannot be used on broken skin, infected skin, or at the same time as any other cream. Other myths are that topical steroids cause weight gain, suppress the immune system, prevent skin-healing and should be stopped after a few days.

The 2011 SWET study examined whether or not eczema was more common in primary school children living in hard- versus soft-water areas, but no difference was discovered, said Dr Buckley.

Focus was also given to “truths” about topical steroids, such as the fact that long-term use can thin the skin, cause bruising, promote rosacea when used on the face, and reduce efficacy. Strong steroid use should be avoided on the eyelid and in small infants, Dr Buckley added.  It was also highlighted that generalised eczema can occur as a delayed response to a food allergy.

“In tertiary referral centres, 27-to-81 per cent of atopic children have a food allergy proven by double-blind, placebo-controlled challenge,” Dr Buckley advised. In contrast, in the community the figure is estimated at 15 per cent, but one-third for moderate-to-severe atopic eczema. In adults with atopic eczema in the community, the rate of food allergy is estimated at 5 per cent.

Some 50 per cent of food allergy symptoms are immediate, 40 per cent are immediate and delayed, and 10 per cent are delayed-only. Delayed reactions, Dr Buckley said, are largely due to milk, eggs, wheat and soya. In order to diagnose a delayed-type food allergy causing eczema, a symptom diary must be kept and egg, milk and soya withdrawn for two-to-three weeks.

If a dramatic improvement occurs, one food at a time can be reintroduced with a large helping, for instance, half to one pint of milk.

A new food should then be reintroduced every few days. Finally, wheat can be excluded later if the patient is no better, Dr Buckley recommended