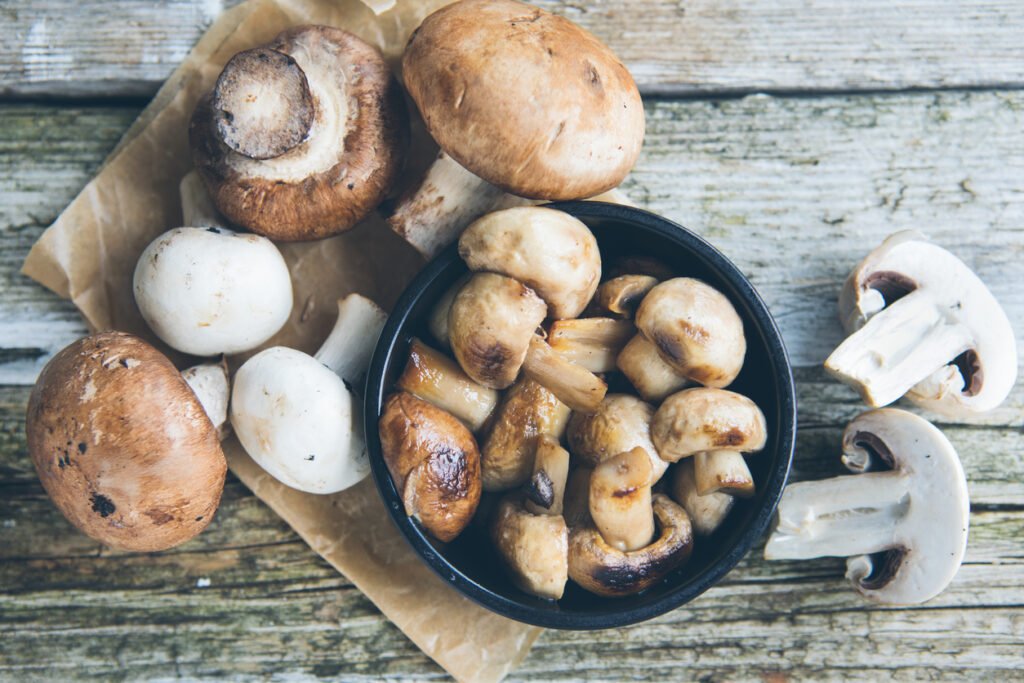 On a fine autumn morning, I am sometimes lured from my desk and into the woods in search of mushrooms. There was a time when I had no competition but in the last few years, possibly with the growth in our Eastern European population, that has changed.

Last year, two people in Ireland came close to death as a result of eating mushrooms that they had foraged. One had picked the charmingly named ‘destroying angel’ or Amanita virosa and suffered liver failure that necessitated an emergency transplant. He did well for the first 24 hours and then rapidly declined, suffering multi-organ failure. He recovered eventually, but it took many months.

Nicholas Evans, author of The Horse Whisperer, had a similar experience when he confused the potentially lethal Cortinarius for the delicious Boletus edulis or cep. I started mushroom hunting when I ran the Field Club at Belvedere in the 1970s and recall with horror that, armed with just a book, I picked parasols on the Kilruddery estate and not only brought them home to cook, but sent several fellow pupils off to do the same.

Over the years I have learned (a) to be very careful and (b) lots about what they call the choice edibles and I manage to identify and eat them without mishap, at least so far. It has involved careful reading, always using at least three books, sometimes getting a spore print, and occasionally emailing photographs to an expert.

At this stage I’m safe to pick ceps and the other edible Boletus species, the two chanterelles (or girolles as they tend to be called in Ireland) – Cantharellus tubaeformis and Cantharellus cibarius. Others include: Saffron milk cap (Lactarius deliciosus); common hedgehog fungus (Hydnum repandum); the parasol (Macrolepiota procera); the amethyst deceiver (Laccaria amethysta); and both the field mushroom (Agaricus campestris); and the horse mushroom (Agaricus arvensis).

I suppose my favourites have to be the cep (Boletus edulis) and the common chanterelee (Cantharellus cibarius), which I wish were more genuinely common.

I want to share here two simple but rather decadent recipes. One is for cépes á la Bordelaise. Elizabeth David in French Provincial Cooking quotes Alcide Bontou, author of a 1929 book on the cuisine bourgeois of Bordeaux who comments that: “The cépe was little known in Paris 40 years ago and was not listed on restaurant menus; I was the first to bring them specially to the Café Anglais. Parisians could not accustom themselves to the oil and the seasoning of garlic; we tried to cook them in butter, but the only way to prepare them is in the bordelais way.”

I beg to differ. The only way to cook ceps is in butter. Sure, fire in plenty of garlic and finely chopped parsley, in the bordelais way, but use butter instead of olive oil.

I take my ceps, ideally small ones where the sponge-like gills are still young and fresh enough to eat, and slice them fairly thickly from the top of the cap to the base of the stem. I heat butter in a heavy pan until frothing and cook the slices of mushroom, in a single layer, until each has browned a little. This requires cooking the ceps in small batches but it has the merit of caramelising the cep juices which start to smell truly beguiling. When all are cooked add a finely chopped plump garlic clove to the pan and turn the heat right down. Soften the garlic for not much more than a minute.

Now add a small handful of finely chopped flat-leaved parsely and cook for about 20 seconds. Then return all of the ceps to the pan, heat through and add black pepper. I suppose it’s not a great surprise that a simple, straightforward claret is one of the best things you can drink with this. How do you turn a basket of wild mushrooms into a main course? Well, when I take a break from my low carb regime I combine them with rice, in the Italian manner, and cook a risotto. Or they may partner some potato as in this tartiflette (see recipe above).

This will be uncharted territory for a lot of people in that it’s a red wine from Germany and it’s such a bargain there’s a real danger that many will overlook it purely because of what appears to be a dangerously low price. Blütengarten Blaufränkisch is exuberantly juicy with flavours of blueberry
and fruits-of-the-forest and has a refreshing streak of fresh acidity. I have discovered that it goes remarkably well with tomato-based sauces and it will cut the richness of that tartiflette too. And, by they way, there’s a lovely, delicate Blütengarten Pinot Noir from the Pfalz at the same price.