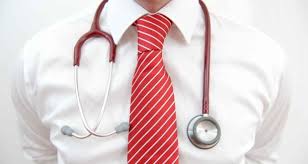 In July 2013, a Strategic Review Working Group chaired by the President of Dublin City University Prof Brian MacCraith was established to carry out a review of medical training and career structures. The group was tasked with examining and making high-level recommendations relating to training and career pathways for doctors. Its aim was to improve graduate retention in the public health system and plan for future service needs.

The group completed its work at the end of June 2014 and, in all, submitted three reports and made 25 recommendations. The reports address a range of barriers and issues relating to the recruitment and retention of doctors in the Irish public health system. The first report was an interim document, the second focused on career structures and pathways following completion of specialist training, while in the third, the group considered issues including strategic medical workforce planning and career planning and mentoring supports.

The Strategic Review recommendations are in the process of being implemented through a range of structures and processes across the health system, involving multiple stakeholders. Each recommendation has an identified ‘owner’ responsible for progressing implementation of that recommendation.

In addition, the Department of Health has established an Implementation Monitoring Group (IMG) comprising key stakeholders including doctors in training, the Forum of Irish Postgraduate Medical Training Bodies, the HSE, the IMO, the Medical Council and the Health Workforce Research Group, RCSI.

A total of five progress reports have been published so far, with the fifth released in May 2017. The report acknowledged that feedback received indicated that progress implementing the recommendations has been slow and has varied between hospital sites.

Against this background, the HSE’s Programme for Health Service Improvement (PHSI) undertook a related exercise around implementation of the recommendations. This exercise highlighted the requirement for greater clarity on HSE ‘ownership’ and contribution to implementation in relation to mental health, acute hospitals, public health and primary care, including at service delivery level. The IMG has accepted the PHSI-recommended programme management approach to the processing of the relevant MacCraith recommendations. It has also agreed to aspects that require priority attention from the HSE in 2017.

The IMG meets trainee doctors on a twice-yearly basis regarding progress in implementing the Strategic Review recommendations. Trainee delegations said that while the published progress reports indicated advancement on many of the recommendations, there had been little tangible change or impact on their day-to-day working lives and training experience.

Trainees highlighted the high costs associated with training and the inadequacy of the training supports in place. They said that while the HSE says training time is protected, this is not the case in reality.  Concerns were also expressed regarding inadequate mentoring; and about the fact that doctors at all grades are over-stretched and under pressure.

Trainees argued there was a need to address the issue of long-term contracts for doctors in service posts; the lack of tangible improvement in the working environment arising from task transfers; a lack of clearly-defined career pathways for doctors exiting training; an inadequate number of flexible training posts; and disappointment at the slow expansion of post-Certificate of Satisfactory Completion of Specialist Training (CSCST) Fellowships. They also referred to attractive options available to work in environments abroad that are well resourced, with attractive working conditions not widely available in Ireland.

It is clear that difficulty persists in attracting and recruiting NCHDs into certain posts, particularly those in geographically remote areas. Similarly, there are problems in filling consultant posts, including pivotal clinical and academic positions. The inadequacy of consultant pay was another issue brought up by trainees in their feedback.

The implementation group was also keen to focus on the positive developments that have taken place. For example, a careers and training website has been launched, which gives information about each specialty, including details of training pathways and durations.

The HSE has agreed to double the number of family-friendly training places over a three-year period. Also, despite recruitment difficulties, NCHD numbers continue to increase. The online National Employment Record has streamlined processes and eliminated the paperwork burden associated with rotations. It is now used by over 6,000 NCHDs, while there are 45 Lead NCHDs across the 31 acute hospital sites.

Four recommendations were listed as ‘green’.  One of the recommendations denoted as ‘green’ relates to the Working Group’s desire for greater predictability at the outset of training regarding locations of rotation, which would be beneficial for trainees and their families. Of the 50 training programmes (Basic Specialist Training (BST), Higher Specialist Training (HST), Streamlined), all programmes were to offer predefined rotations of at least two years in duration from July 2016.

Although the recommendation is listed ‘green’, the document also states it requires ongoing monitoring.

Also, the Working Group had welcomed NDTP’s plans to develop and implement a careers and training website for graduates and made a recommendation that this plan be prioritised.

As the HSE has developed a careers website, the purpose of which is to provide specific information regarding all the specialist training programmes, this recommendation was listed as ‘green’.

Another ‘green’ recommendation is one regarding the personal development/work planning process for consultants.

The document notes that the Consultant Recruitment Group Report was approved by the HSE Leadership Team in July 2016 and was to  be circulated to the National Implementation Group for discussion. It provides for an individualised induction programme for consultants on appointment and a system of work planning on their appointment.

The development of Healthmail is welcomed, as the Working Group had recommended the creation of a secure email facility to support secure communication between GPs and hospital clinicians.

Two recommendations are marked ‘red’, as they have not been implemented.

One of these concerns the recommendation that structures are put in place for NCHDs in service posts. In April 2015, the then Minister for Health Leo Varadkar announced to the IMO conference that measures to review the contractual arrangements of NCHDs in service posts would proceed. Yet little has been done to address the matter. There was a need to obtain detailed data on the number and nature of these posts in the health service. The HSE, Department of Health and the IMO discussed the issues in March 2016. The IMO position is that any revised contract should provide for all NCHDs in both training and non-training posts. This was reaffirmed on foot of a motion passed at its AGM in April 2016, but the matter is still under consideration, with little forward momentum.

The other recommendation to be labelled as ‘red’ due to lack of implementation was the HSE Mental Health Division’s plans to address foundational issues within mental health services and that this work should include appropriate consideration of the working environment and physical safety aspects.

A survey of OPD facilities is being undertaken to ensure ‘panic buttons’ or their equivalent are available in all offices used by NCHDs. The Mental Health Services were requested to arrange for a safety audit to be carried out in their area, including remedial actions/time frames for resolution and feedback.

“However, response rate and detail was poor, so the HSE are communicating again with locations to ensure that comprehensive time-bound action plans are in place,” states the document.

Most of the recommendations have only been partly implemented. In the document, these are marked either as ‘amber’ only, or else ‘amber/green’.

These include recommendations on: Protecting training time; the development of mentoring supports and systems across all training programmes; bringing training time in line with international norms; establishing a national implementation plan for non-core task implementation; and removing the current barriers to the establishment of GP practices on completion of specialist training, as well as many others.

“A number of issues were raised during this review process that highlighted the requirement for the Implementation Monitoring Group to work with the HSE to clarify cross-sector governance and programme management issues, with a focus on MacCraith programme outcomes and benefits realisation,” according to the document.”

“The IMG, at its November 2016 meeting, supported the PHSI’s proposal to prioritise in 2017 certain agreed recommendations, and noted that the HSE’s Reform Leadership Team has assumed responsibility for the implementation of the MacCraith recommendations that fall under the remit of the Executive. The programmatic approach now being adopted will focus more closely on governance. It will also focus on delivering improvements in the working and training environment, particularly in relation to the priority areas. Under the programme, therefore, there will be a strengthened commitment to the implementation of the relevant recommendations.”

However, the immediate past President of the IMO, Dr John Duddy, suggested to the Medical Independent (MI) that perhaps the MacCraith process has now outlived its usefulness.

“I would personally question how long the process needs to go on,” said Dr Duddy.

“I think it needs to be re-evaluated. We have to look back to why the MacCraith review was introduced in the first place. It was initiated to provide political cover to [the former Minister for Health] James Reilly to have a mechanism to restore consultant pay, essentially. I would argue as well that some of the recommendations in the report were things that the HSE and the Department of Health were going to do anyway. The process has been going on for over four years now and I personally think it has outlived its usefulness.”

Dr Duddy pointed out that many recommendations, such as having resources for newly-appointed consultants, have not been implemented.

“A lot of the recommendations are agreed by everybody nationally,” he told MI. “The IMO agrees it is a good idea, HSE HR agrees it is a good idea, but translating that to actual action on the ground by individual HR departments or medical administration departments in hospitals is the key to making them meaningful. I don’t think ensuring a consultant has an office and computer when they start work is something that national HR in the HSE should be thinking about, that should require a change in mindset locally in every hospital that appoints new consultants.”