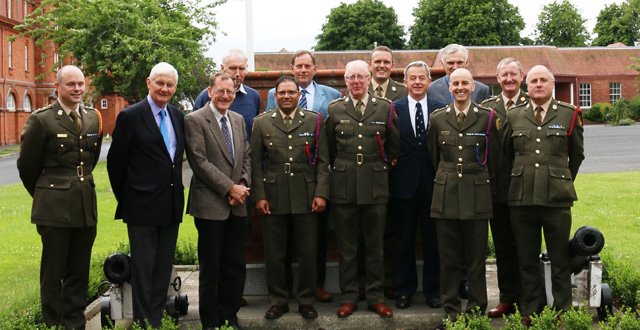 MI understands the Council last week accepted a recommendation from its Education, Training and Professional Development Committee to allow the application from Military Medicine to move onwards.

This means an initial case for specialty recognition has been satisfactorily made. The final stage involves “a more in-depth assessment in which more supporting evidence may be sought from the aspirant specialty and in which the views of external assessors will be sought”.

The application will also be published on the Council’s website so that interested parties can contribute their views.

Specialty recognition would be a means of introducing and evolving a specific training programme, and attracting more doctors into the Defence Forces. Some 20 military doctors are in service currently, according to a Defence Forces spokesperson.

Colonel Dr Gerry Kerr, Director of the Medical Branch, Defence Forces, told MI that the passage of the application to the second stage is positive news. The application has three components — recognition of the specialty of Military Medicine, the outlined training programme, and that the Faculty of Military Medicine would possibly become a training body in its own right. The Faculty is an academic medical body independent of the Department of Defence.

According to Dr Kerr, the broad idea is that training for the specialty would result in dual qualification in both military medicine and general practice on successful completion of the exit exams. This would be in cooperation with the ICGP.

If the Council accepts the proposal, it is also possible that it would initially proceed with the ICGP as the recognised training body.

Dr Kerr confirmed to MI that the ICGP supports the application for specialty recognition and it has been actively engaged with the Faculty of Military Medicine.

Meanwhile, the Faculty is accepting Associate Membership from interested practitioners.