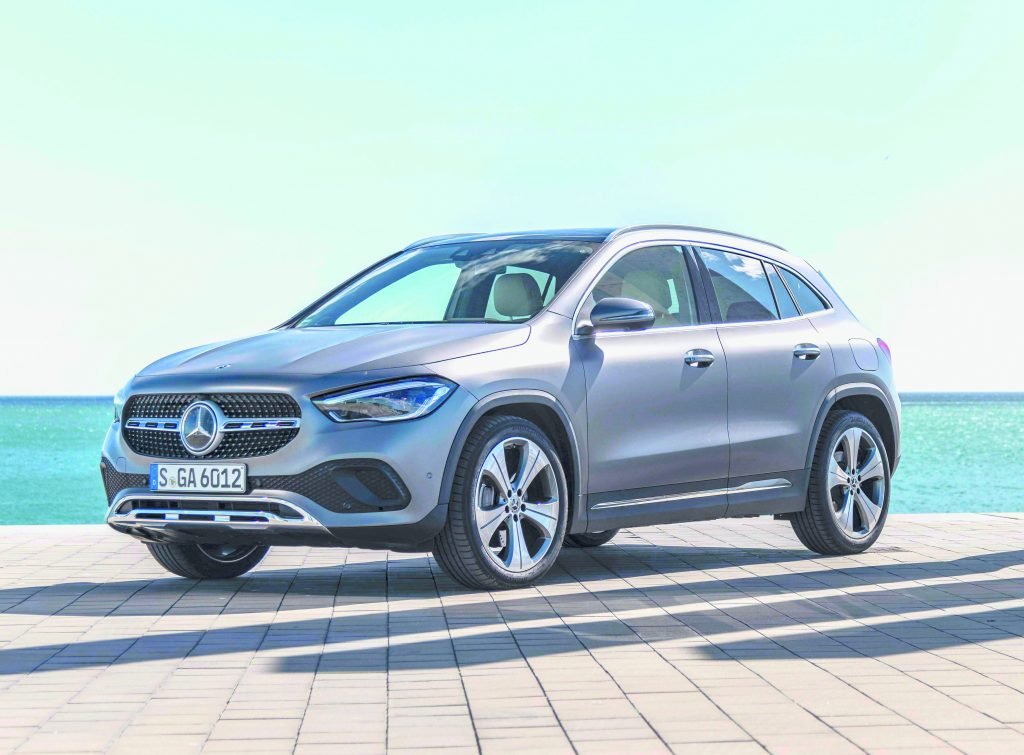 Morgan Flanagan Creagh delivers his verdict on the Mercedes-Benz GLA

It’s May and many of you have been fighting this virus full-time for more than three months. Thank you for your continuing work saving lives throughout Ireland, and the world. We’re all hoping to see a return to normality sooner rather than later; but in the meantime, here’s some more motoring news from me.

Traditionally, doctors and Mercs go together like gin and tonic, and Mercedes Benz have been featured in the Medical Independent on many occasions over the years, however this is the first one to feature in 2020. So welcome back, Mercedes.

I’ll be honest; the GLA didn’t feature on my radar when it was first launched. However, and I admit this may be a case of the Baader-Meinhof phenomenon, or just a side-effect of living in South Dublin, but GLAs seem to be everywhere now. They aren’t ruggedly good-looking like the G-Wagon, nor do they have the look of supreme luxury, like the Mercedes-Maybach GLS, but for a crossover SUV, the GLA seems to have all the right things in all the right places.

The GLA was first introduced in 2014, it was given a facelift in 2017, and this year Mercedes Benz has added a new, more spacious GLA crossover to its range. The German marque claims that spaciousness and safety are among the key features in this new 2020 version of the crossover SUV. The GLA will be offered in Ireland with a number of turbo-charged four-cylinder petrol and diesel engines ranging in size from 1.3litre to 2.0 litre. The sporty AMG GLA 35 and AMG GLA 45 will also be available to order at the launch date.

Ciaran Allen, Sales Manager for Mercedes-Benz passenger cars in Ireland, said: “The arrival of the new GLA is being supported with attractive price and purchase finance arrangements pitched competitively against those of its main rivals and broadly in harmony with those of its predecessor.”

As standard, the GLA comes with some of Mercedes-Benz Intelligent Drive systems, one of which is Active Brake Assist. Active Brake Assist provides the driver with a visual warning when the distance from the vehicle in front is inadequate, followed by a warning chime if the gap continues to close. However, if the driver brakes too cautiously, the system will step in and increase the braking to prevent a crash. This is also intended to prevent vehicles behind colliding with the SUV as a result of excessively heavy braking. Active Brake Assist is also able to trigger autonomous braking if a rear-end collision appears imminent and the driver fails to react, so preventing or at least minimising an accident.

As this brand-new GLA isn’t in the showrooms yet, I had to turn to Ciaran Allen, again for a steer. He said: “Regarding price, when the model range to be marketed here is fully configured, prices will be announced across the range.” “In this regard, the new GLA will receive only a very moderate increase on the outgoing model, whose prices start at €38,800, notwithstanding its increased levels of specification and technical innovations.”

As I’m obeying Government guidelines, I haven’t been able to adequately road-test the GLA, so I wouldn’t be comfortable recommending it. However, from when I’ve read and seen, it is certainly looking promising, especially the AMG GLA 35 and AMG GLA 45.