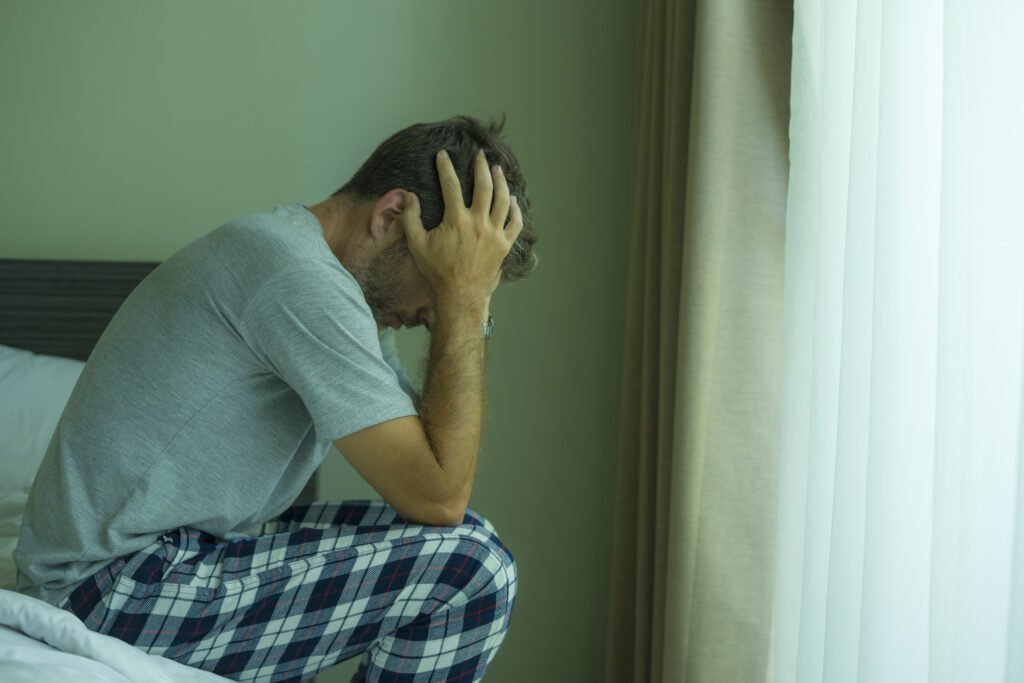 In 2019, the Men’s Health Forum in Ireland commissioned Dr Devine to undertake the Men’s Health in Numbers project. The aim of the project, which consists of a trends report (‘the report’) and an infographically-driven men’s health report card, was to collate key statistics on men’s health on the island of Ireland.

The results of the project, published in December 2020, provide “evidence that can be used by those who need the data to inform their work”, according to Dr Devine, who conducted the research with Dr Erin Early (PhD).
The National Men’s Health Policy (2008-2013) defined male health problems as any issue that can “be seen to impact on men’s quality-of-life” and which require a gender-competent response for optimal health and wellbeing.

Dr Devine stressed the importance of researching men’s health as there is a broad scope and variety of subgroups among this population.

Compared to previous research, the Men’s Health in Numbers project has a greater focus on social isolation and loneliness and its impact. Dr Devine said this issue has been getting “increasing recognition” over the past decade.
The challenges surrounding Covid-19 and isolation may mean that a “lot of data surrounding loneliness and mental health will change,” she added.

Loneliness and social isolation are risk factors for poor physical health and often lead to people being at a higher risk for cardiovascular disease and death, according to the report.
“Understanding the relationship between physical health and mental health is essential,” Dr Devine said.
Social isolation is most commonly seen in older men and those who live alone. The report outlined a need for “gender and age-appropriate services and interventions”.

The report stated that “social interactions, connections and relationships are deemed a central component of physical and mental wellbeing”.
There is increasing concern about the mental health of men in the North and Republic of Ireland.
According to the report, the provisional number of deaths by suicide in the Republic of Ireland was 317 for males and 104 for females in 2019.

It stated that external causes of injury and poisoning, including suicide and self-harm, were the leading causes of death among men aged 15-to-34 years, accounting for 61.5 per cent of deaths.

Among men aged 35-to-54 years, this cause of death accounted for 26.2 per cent of deaths, decreasing to 4.6 per cent of deaths among 55-to-74-year-olds. Gender plays an important role in suicide as the gender roles associated with masculinity can cause mental health issues and make seeking help appear to be a weakness.
As men can be reluctant to seek support or help for their mental health, they are more likely to turn to alcohol and other substances as a coping mechanism.

“Studies have indicated that alcohol use is associated with suicide due to its link with impulsive behaviours and dealing with mental ill health,” according to the report.
Dr Devine stressed the importance of bringing awareness to these issues to “let people know they are not undergoing these [challenges] on their own”.

She commended the series of campaigns launched by the HSE during Men’s Health Week in June 2021, under the theme ‘Making the Connections’.

The HSE encouraged people to reach out to those from whom they have been apart, to help ease feelings of isolation.

Although there are death and cancer registries in the North and Republic of Ireland, Dr Devine said there is a lack of information on many illnesses and health concerns.
Additionally, data is often not broken down by variables such as gender, age
or occupation.

Dr Devine said that it is important to get “quality data” on other illnesses and subgroups “in order to do research on particular conditions”.

Access to data allows for a “comprehensive overview of various public health and social issues that affect males”, the report stated. When trends in demographics and health outcomes are identified, the impact of social issues and necessary policy changes can be determined.

The report identified a greater need for “data disaggregation” to explore social and health trends for specific male groups.

Examples include health outcomes (particularly illness and disease prevalence) being disaggregated according to sex. Also, demographics, social harms, health outcomes and health behaviours should be disaggregated according to sex and other factors, such as socio-economic status, age, ethnicity, residential location, and marital/relationship status.

Health research on at-risk groups of males – such as men who identify as LGBT, single, residing in a rural setting, from a lower socio-economic background and experiencing poor mental health – was also in need of disaggregation.

Mental health and wellbeing are are as where it is difficult to gather information, as statistics often “focus on severe
mental illness, such as data on hospitalisation or death”.

The report recommended using surveys to aid the measurement of mental health and wellbeing issues among
the population.

Survey data “often indicate higher rates of mental illness (such as depression) among females compared with males”. However, surveys usually ask participants to rate their health, which can result in underreporting of certain conditions, especially regarding mental health.

The policy highlighted the range of health and wellbeing issues facing men and outlined frameworks and strategies to address these needs.

Ireland implemented this policy to address concerns about the differences in health outcomes between men and women; to provide more effective and engaging services for men; and to address wider concerns surrounding the physical and mental health of men.

Since the Healthy Ireland plan has been implemented, the report said Ireland has made “substantial” progress in promoting an increased focus on men’s health research, developing initiatives to promote positive health and further developing men’s health training.

According to the report, this policy “cemented Ireland’s reputation as a world-leader in addressing male health needs”.
To date, national men’s health policies have only been adopted by four countries: Ireland, Brazil, Australia, and Iran.

Men’s health policies are important to highlight and raise awareness of the health issues facing men and boys.

National men’s health policies can “provide a framework for action, a benchmark for evaluating impact, and a mechanism for holding services accountable for their performance”, the report stated.

Dr Devine said that these policies bring important subjects “to the attention of policymakers, to the Government and between Government departments”.

“It also gives impetus to collect the necessary information, because most policies have a framework of evaluation and monitoring indicators.”

She hopes to soon see a national men’s health policy adopted in Northern Ireland and other parts of the United Kingdom.

Dr Devine said that the main reason
for researching men’s health is to bring awareness to the issues facing this portion of our population.

She emphasised the importance of looking at male and female health separately in order to take different factors into consideration, and in turn, provide better outcomes and care.