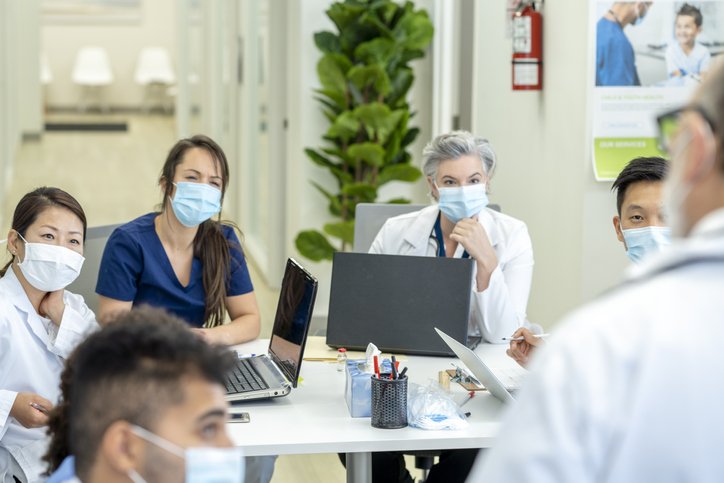 Use of white coats by RCSI medical students was questioned by a Medical Council assessor team during its most recent accreditation exercise, which took place in 2019. The Council’s assessor team was “surprised to find the use of white coats by medical students with the associated infection control issues”, according to the accreditation reports on the direct and graduate entry medicine programmes.

“In the light of literature on the average cleaning frequency of such items by students/doctors and the difficulty in keeping such items clean and hygienic, the RCSI is asked to comment on the requirement for white coats to be worn with only one being provided.”

The Medical Independent asked the RCSI for an update on use of white coats, but it did not respond to these queries.
Both of the programmes were accredited for a further five years following the Medical Council assessment process.
The programmes were described as “well-designed and delivered to an impressive cohort of students who are generally very positive about their experiences”. There were areas where review and revision were advised “but none of the issues identified warrant conditions being placed on the approval”.

Recommendations for both programmes included that the RCSI “audits the sub-internship and in the review, tailor the attachments to student career needs”. The assessor team also advised that the RCSI maintained regular contact with the Medical Council on the development of a new curriculum.

During training site inspections, clinical staff at Connolly Hospital, Blanchardstown, “felt that it was disappointing that international students have to move home after studying and aren’t able to intern and work in Ireland due to EU visa restrictions,” it was also noted.