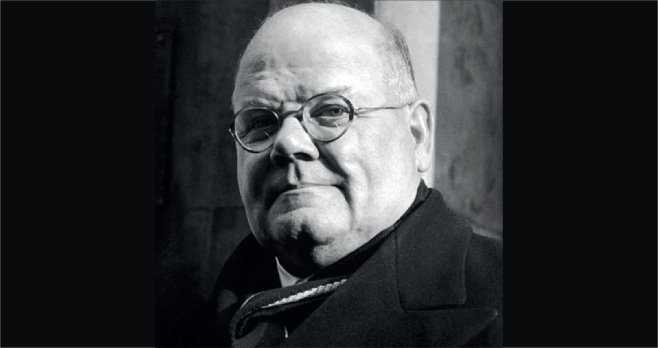 Dr John Bodkin Adams was born in Randalstown, Co Antrim, in 1899, the son of a watchmaker-cum-fiery Plymouth Brethren preacher. The family moved to Coleraine and Dr Adams qualified from Queen’s University Belfast in 1921. Deeply religious, he got a post in a general practice in Eastbourne on the south English coast.

Dr Adams was poor when he arrived in Eastbourne in 1922, making house calls on a bicycle, but he quickly attracted wealthy widow patients. It was a pre-NHS era when patients demanded home visits, which Dr Adams happily agreed to, and he was well paid for the visits.

He became known to pharmacists for prescribing very heavy doses of morphine and heroin, and solicitors noted he was increasingly the beneficiary in the wills of his mainly elderly female patients, as many as 132. The solicitors also noted that soon after the elderly patients made their wills in Dr Adams’s favour, they died.

Dr Adams quickly built up his own one-man practice and bought expensive cars, culminating in a Rolls Royce with a driver within six years. He adopted a lavish lifestyle and bought an 18-roomed house, dressed in Savile Row suits, and collected Purdey shotguns. Keeping up his religious veneer, he chaired a Bible study group, which met weekly in his home, where he had installed his mother, an unmarried cousin, a housekeeper, and his driver. A bulky 15 stone, Dr Adams had a permanent order with a London baker for cream cakes.

His lavish lifestyle attracted the attention of Eastbourne society. He ignored local consultants, and instead referred patients to specialists in London, often driving them there in his Rolls Royce.

Solicitor chatter continued about the increasing number of wills where Dr Adams was the main beneficiary and the speed at which the will-maker subsequently died.

He adopted a lavish lifestyle and bought an 18-roomed house, dressed in Savile Row suits, and collected Purdey shotguns

Dr Adams apparently tried several approaches to patients for will inclusion. He told some that he was paying super tax, but if they included him in their wills it would be tax-free. He brazenly tried to get power of attorney. Patients with eye ailments were told they could not write cheques; instead he offered to run their finances. He tried to become their money managers — those who declined were met with an angry response, as his manner became increasingly rude and arrogant.

With other patients, he steered the conversation around to charities and argued that charities charged too much in their own administration, but if the patient left him money, he would see to it that it went to a deserving person.

Dr Adams also reportedly stole from his patients, alive or dead. If the patient admitted they had an account with an upmarket clothes shop, he quickly visited it and ordered clothes for himself, but charged his purchases to the patient’s account (in some cases, he was caught out). He visited dead patients’ homes and was said to have stolen jewellery.

But it was not all wills and thievery with Dr Adams — he had very poor patients whom he treated well. He realised some could not read, write, or use a phone. He made appointments with London consultants for them, had his driver bring them to the capital and pay for everything using Dr Adams’s money.

In 1933 he became engaged to Ms Nora O’Hara, whose father then bought them a house. It was not enough for the ever-plotting doctor, who tried but failed to persuade Mr O’Hara to change his will in his daughter’s favour. The engagement did not last, yet they remained friends, with the doctor remembering her in his will.

The reality was that Dr Adams was homosexual in an era when it was illegal. His lovers were said to have included a judge and mayor, and a local senior policeman.

Quite apart from the will carry-on, Dr Adams dangerously overdosed his patients, who were described as being in a comatose state. Dr Adams had meanwhile passed his diploma in anaesthetics, and took up a post of anaesthetist at Eastbourne Hospital, one day a week. He was an indifferent bungler from day one by all accounts — he ate cakes, counted money, and fell asleep, but worst of all he gave out the wrong gases, patients turned blue, and some woke up during surgery, to the consternation of theatre staff. He was quickly back to his one-man practice.

Leslie Henson, the concert hall entertainer, eventually uncovered Dr Adams. Henson got suspicious after a friend died soon after visiting the doctor. He went to the police, who quickly got locals to talk. It seems Dr Adams had most of his patients cremated, falsifying the paperwork and the cause of death. The graves of some of his patients were identified, but strangely none were exhumed. The murder squad arrived from London, along with the Home Office pathologist, Dr Francis Camps, who fingered over 160 suspicious deaths.

Dr Adams denied murder. He told police he “eased the passing” of dying patients with medication.

The police focused on the death of a Mrs Morrell, a stroke victim he treated in 1950, and six years later in 1956, he was charged with her murder. He turned to his weeping secretary and said: “I will see you in heaven.”

Capital punishment had just been abolished in Britain, but convicted mass murderers could still face the gallows, and the police were convinced they had a mass killer in Dr Adams. There was worldwide press interest, with headlines such as ‘Murder trial of the century’, and the case swept the Suez crisis off the front pages.

Mrs Morrell was left to die in her home in a comatose state, where she was looked after by a shift of three nurses, the court was told. The nurses gave their evidence, and then eight notebooks were produced containing detailed records of her treatment, drugs dispensed and food and alcohol taken and recorded by the nurses. The notebooks found by the police in Dr Adams’s home flatly contradicted the nurses’ oral evidence.

Next, the prosecution produced what it hoped would be a star witness, Dr Arthur Douwaite of Harley Street, who came over as dogmatic and arrogant. He was demolished by the defence.

The defence decided not to call Dr Adams — his lawyer (Sir Frederick Geoffrey Lawrence QC) believed he was such a colossal windbag that he would incriminate himself.

The jury adjourned for only 45 minutes and came back with a ‘not guilty’ verdict, to the astonishment of the entire court. Dr Adams wept and ignorantly failed to thank his lawyer who saved him from the path towards the gallows.

The police planned to put Dr Adams on trial for a second murder but this never happened for reasons that are unclear. He was whisked out of court by Percy Hoskins, the Crime Reporter with the Daily Express, who befriended him during the trial.

They went to the paper, where a deal was reached whereby Dr Adams would tell his story for £10,000 cash. Dr Adams never spent this money; instead he willed it to Hoskins, who later wrote a book claiming Dr Adams was innocent.

Dr Adams, now aged 58 years, came back to a divided Eastbourne. He had loyal patients, but several clubs asked him to resign. He won several substantial libel cases against Fleet Street titles, while his lover ignored him.

Doctors in Eastbourne were divided; some believed he only did mercy killings, others thought he was a mass murderer who coldly killed dozens, if not hundreds, and that he had been murdering patients for decades.

Dr Adams was later convicted of 13 fraud and forgery offences involving drug records and fake cremation papers, relatively minor offences, but in 1957 he was struck off by medical register by the General Medical Council. He continued to practice, giving out over-the-counter products. He was restored to the medical register and allowed to prescribe again in 1961 but remained a figure of notoriety for the rest of his days. He died in 1983, aged 84 years from cardiac problems after he broke his hip while shooting. He left £1.6 million in today’s money.

Dr Adams’s house was bought after his death by another doctor, Dr Brian Valentine, who commented that while Dr Adams was a terrible doctor, questioned if he was really a murderer. Others have formed a similar view.

There have been a number of books and plenty of newspaper articles about Dr Adams. The author Pamela Cullen read the police records of Dr Adams’s case and argued he was a mass murderer and was only saved from the gallows by sinister forces who wrecked his trial.

Involved in wrecking the trial may have been his judge lover, and others, she argues, but there is little evidence of this. Other authors on Dr Adams take a different view. Sybille Bedford, now deceased, believed Dr Adams was innocent, while others centre on the lawyer who so brilliantly defended Adams.

Belfast lawyer turned actor Tim McGarry is the latest to research Dr Adams for BBC Radio Foyle (‘Can You Prove it Was Murder?’ radio documentary broadcast in February).

The Dr Adams’s tale could neatly fit into the template of the Netflix show, Making a Murderer.

However, it seems Dr Adams took his secrets to his grave.