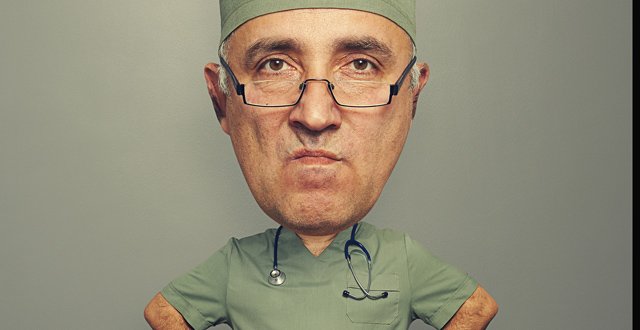 Back in the 1990s, Denis Irwin was a mainstay of the Manchester United and Ireland teams at full back. Irwin was a fine player, and in the nicest possible sense, the model of prosaic dependability. When you mention his name to anyone of that era the first thing they’ll usually say is, “he was an unsung hero”.

Thereby, Irwin became that great contradiction — the much-sung unsung hero. There needs to be a term for when something is said so often in public discourse that it becomes part of the lingua franca and thus invalidates its initial meaning. Irwin’s Law, perhaps. Incidentally, at precisely what level of singing and exultation one ceases to be an unsung hero and merely become a hero is uncertain.

I went onto the ward recently after the (UK junior doctor) strikes. Having dusted off my junior doctor skills and worked feverishly for two days (and was glad to do so, for their cause is just) upon the return of the team I felt a sharpish Friday ward round was in order. I rounded in about two hours, half the usual Friday time and left the ward shortly before 11 o’clock, delegating a measly three tasks while I caught up on paperwork deferred.

We’ll identify a few fellas to do all the thinking for you. You’ll have a decent middle-class lifestyle, just don’t rock the boat

When I returned in mid-afternoon to assess their progress on said tasks, I was disappointed to find one (the insertion of a feeding tube) had not been completed. I expressed these frustrations in as polite, measured, and understanding a manner as I could muster at the time. Which in hindsight was something akin to a hungry chimpanzee flinging his own excreta at a little brat pulling his tail in a circus cage.

“Well I tried but I couldn’t get it in. But don’t worry, we documented that an attempt had been made.”

There was rejoicing and giving of thanks, smiles, and relief. The sarcasm had flown over their heads like a flock of seagulls. The Fergusonian hairdryer treatment, that old dependable Denis Irwin probably hardly ever got, would be required.

As it turns out they had followed the protocol to the letter and were totally undeserving of my wrath. If you try and cannot do it, you write it down and walk away. It is right there on the flowchart.

Another day I was breathlessly told about an unwell lady who was being placed on the “deteriorating patient pathway”. I got a data dump of information, MEWS scores, shock index, and Lord knows what else, that my tiny brain couldn’t compute.

“So what’s the diagnosis? What does the ECG show?”

Take it back a notch. Try to peel back a bit of a medical student’s knowledge. These are outstanding people, who are way smarter and more organised than my peers and I. Whenever I start questioning them I am amazed and humbled by what they know, until you start asking them about management plans.

I’ve written before about protocol- and checklist-driven medicine and it is something I think about a lot. Its promotion is usually heralded as part of a drive towards ‘patient safety’ but to my mind this will only work if it applied a floor to what doctors must do rather than a ceiling to what they should do. If it is taken to what seems like its inevitable conclusion it actually jeopardises patient safety. Irwin’s Law writ large. It will do this by marginalising all the attributes that we cherished in our most admired medical teachers and role models. Creativity. Humanity. Compassion. Lateral thinking. Tenacity. Common sense. Stubbornness. None of these can be protocolised.

Two things need to happen. One is that we need to understand the difference between protocols and guidelines and not confuse the two. The second is that the checklists and protocols that we do use should establish a floor of what must be done, rather than a bar or a ceiling to what ought to be done.

If I was some sort of Machiavellian managerial type who wanted to deprofessionalise doctors I would get a few eggheads to knock up a couple of protocols and tell the doctors not to worry, to just punch in from nine-to-five, follow the agreed, good-enough, cost-effective pathway on the flowchart and never, ever deviate from it. Never mind doing higher degrees, service development, fellowships or anything like that. We’ll identify a few fellas to do all the thinking for you. You’ll have a decent middle-class lifestyle, just don’t rock the boat. It is the professional equivalent of a nice squirt of midazolam and fentanyl, but they are welcome to it.

We shouldn’t always make it so easy for them.