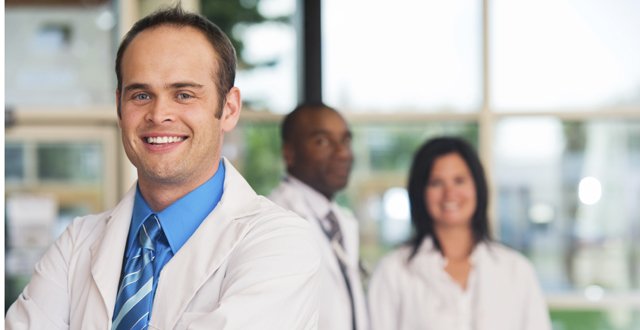 Many of you will follow the excellent postings of the ‘Medical Registrar’ on Facebook. These consist of quasi-fictitious but entirely plausible scenarios occurring in hospitals played out from the dedicated, if a little cynical and browbeaten, perspective of a medical registrar.

Recently, the author provoked intense debate when he stated that in his opinion, geriatricians and respiratory physicians were the only general physicians left in adult hospital medicine. The outcry from doctors young and old, and from a broad range of specialities, was huge, with one speciality after the other proclaiming that, in fact, they were the final keepers of the sacred flame of general medicine.

Many of these came from specialities such as infectious diseases, medicine and oncology. In most places they have long since fled the general on-call nest, yet nonetheless made convincing statements as to their commitment to generalism. Somebody snootily commented that the gastroenterologists were staying pretty quiet. In many ways, there is a far greater degree of overlap between what gastroenterologists do and what general surgeons do, rather than general physicians. Where I work, patients referred from general practice and our clinics with GI problems will be assessed and admitted by us via the acute surgical assessment unit rather than the acute medical assessment unit, which facilitates a joint approach and cross-pollination that in my view serves the patient quite well.

At the interviews for end-of-year assessments in higher medical training, the trainee is frequently questioned as to how his or her commitment to their ‘ology’ fits with general medicine. The trainee, in response, spits out the usual clichés in the dead-behind-the-eyes yet word-perfect manner of a 12-year-old reciting the answers to their Catechism questions to a stern bishop prior to making their confirmation.

I can recall the utter ineffectuality of spending my days chasing, say, endocrinologists round a building to help me look after a complicated diabetic patient

At the end of the dance, they will head off to work in a country where his/her role will consider the heart to be merely a medium-sized organ that sits in the chest and pumps infliximab to the terminal ileum, potassium to the nephron, or clindamycin to a cellulitic leg. Every time this question is posed, it elicits a strong, visceral response. Some are convinced of the vitality of the discipline of acute medicine as a stand-alone entity supported by speciality colleagues. Others take a more traditional approach, with the speciality physician having an historic obligation to be primarily concerned with general medicine, with their speciality interest a form of almost dilettantism. Perhaps more again do not care who does general medicine, as long as it is not them.

I don’t believe there is a uniform approach that suits all situations, however I am not sure the model used in Ireland as I experienced it is necessarily sustainable. In a number of institutions where I trained, I can recall the utter ineffectuality of spending my days chasing, say, for example, endocrinologists round a building to help me look after a complicated diabetic patient before hopping into my metaphorical phone box and changing into my consult leotard and cape at 5 o’clock and heading over to a ward to advise them on how to manage a patient with decompensated cirrhosis. I think an institution in which pathways are designed to have rheumatologists routinely managing alcoholic hepatitis, gastroenterologists managing renal failure and endocrinologists minding the strokes is engaging in a truly staggering act of self-deception if it turns around in the next breath and describes itself as a ‘centre of excellence’.

The knowledge base in medicine is expanding exponentially and it is no longer reasonable to expect people to stay up-to-date with the wealth of literature and myriad of guidelines across the range of medical specialities and practice in centres of excellence at the highest level, which is what patients rightly demand.

The problem as I see it is that general medicine has been made so unattractive in Ireland by structures far beyond the control of the clinician. It primarily seems to consist of managing flares of chronic diseases usually looked after by other services, managing the consequences of drug and alcohol abuse, the worried well, people with a very good reason for needing to jump the queue for outpatient speciality investigation/treatment and the warehousing of patients (of all ages) who simply have no other venue in which they can be safely cared for.

Organise those things better and you would be left with the truly vibrant, challenging and interesting discipline that general medicine ought to be. I would then wager you’d have a motivated group of physicians who saw it as a pleasure to be enjoyed either on its own or as part of a speciality career, rather than a chore to be endured in order to be allowed to do the things that really interest them.

And patients would be much better off for it.