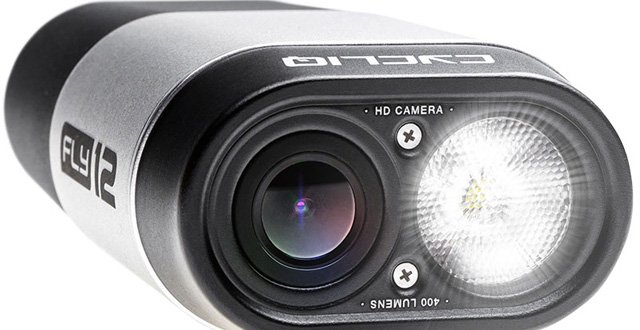 Last year when cycling, we were involved in a road traffic accident. A young male (short, dark-haired, clean shaven, aged 30-to-40 years), was driving a black, four-door VW Golf on a road near Swords like a rally stage when he met us, knocking my friend off, and I fell over him. It was five days before I could get my socks on unaided due to shoulder pain. Gardaí in Balbriggan told me I did not have enough details (even though I also had the year and county of the car) to pursue a line of inquiry and refused to take a statement from me.

Despite the gathering of statistics about road traffic collisions, the gardaí were not interested in any details about the collision. I was informed by a ‘member’ that any collision that involved someone either visiting a hospital or taking three days off work is significant and needs investigation. After this, I really have to query the validity of Garda statistics regularly published regarding road traffic accidents. I emailed the Road Safety Authority; again, no comment.

Anyway, where was I?

Yes, despite the fear many people have about taking to two wheels, on average cyclists as a group are among the safest on the roads. I am a man for chunking data, and in the last few years on average you can divide bikes/pedestrians/motorcyclist fatalities as 10/20/30 out of the 180 or so fatalities per year. As a number, we have the least fatalities per year. Now, if you start getting statistical over distances travelled, things do get more complicated.

As cyclists, we feel very vulnerable. At times it feels like there is a war out there, as some drivers feel we ‘pay no taxes’ (ask any doctor what tax they pay) and hence are not entitled to share ‘their road’. It is so odd that so many drivers take risks with cyclists coming so close to them that I often wonder how they miss. I say it is odd, as we all know what a variety of excuses we hear from patients for being late, such as roadworks, funerals, a tractor on the road, an accident, etc, but never (did I say ‘never’, because I mean never) have I heard the excuse that “there was a cyclist in front of me”.

Sorry, back to where I was.

I was annoyed and decided that we need to be able to look after ourselves better. So I researched the Go-Pros and the like that are available and discovered that the battery life is poor for a chap like me. I settled on and bought a Fly6. It is a rear-facing bike camera with up to six hours’ battery life. All you need to do is set the camera, make sure the SD card is in place, and switch it on. It even looks like a light and is useful as one. It records ‘on a loop’, meaning it overwrites the data with time unless you remove what you need and save it. It even has a facility if the bike is knocked over (beyond 60 degrees) — it beeps and ‘remembers’ the footage before and after the fall.

For a light it is heavy, but for a camera with a six-hour battery, it is light. It has a beep system to tell you (very roughly) how many hours of battery life are left. For me, that hasn’t worked properly, but once I keep it charged, it will work for as long as I need it. I have also found it moved on the seat post but I have used a piece of duct tape with a matchstick to stop this happening and keep the camera straight. As it goes flat, it gives off four beeps before shutting down, as if to tell you ‘you’re on your own, mate’. Not like you’re going to stop your bike and recharge it. At one stage I had difficulties with the beeps and was emailing the chaps in www.cycliq.com about it. Eventually, they gave up and sent me a new one, provided I sent the old one back.

So far, I’m happy. Recently I was almost knocked off by a ‘lady’ using her mobile phone while driving. I got a clear picture of her on the phone at the next set of traffic lights and was able to bring it to the gardaí, who issued her with a fine and penalty points. Another lady got a warning for driving too close and a BMW driver is soon to be questioned as to why she needs to overtake cyclists approaching a crest on the road while crossing a double continuous white line.

Now, I am the first to admit cyclists are not all saints, and neither are motorists. My argument is that I have yet to hear of a cyclist causing the death of a motorist in a collision. In Drogheda, there is a Facebook campaign by local residents complaining of people who work in town parking in their estate and then leaving their cars there all day to work in town. They appear to want pay-parking in their neighbourhood. I do know more people cycling will sort that out.

Personally, I would rather live in a world where cyclists and motorists are not at war, as I believe cycling will help traffic congestion and a lot of health issues, but at least this little device might help me win a few battles in the ongoing skirmish. And just maybe, someday, somebody might just back off a little before doing something stupid.

Conflict of interest: None. I bought the unit myself. I received no gratuity for this opinion. I am considering the purchase of the forward-facing unit, the Fly12. Wiggle.com have the best prices now.