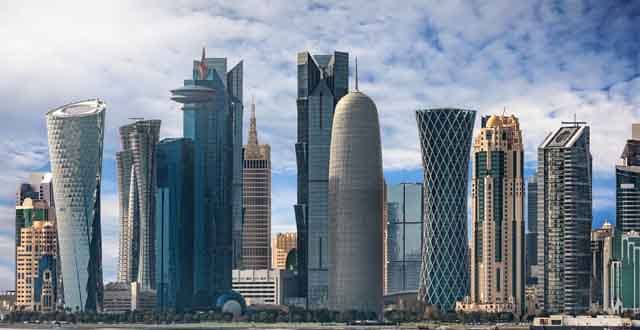 Something was “going to give”, and if not his body, his mental health, according to former Galway GP Dr Declan Larkin, speaking to the Medical Independent (MI) from Qatar. “I said ‘I have to come up with a plan B’.”

‘Plan B’ was his 2016 move to Doha, where he works at a medical facility with over a dozen Irish GPs.

Dr Larkin says he did not want to leave his practice in Knocknacarra, which he established in 1989, but he felt he had little choice.

“I was in Galway with my family, I am from Galway, I was planted there for good as far as I was concerned and I ended up building up a very nice practice. But FEMPI just killed it really.”

In the early days, establishing and running the practice from scratch “wasn’t a bed of roses”. However, Dr Larkin was “willing to put in the long hours” required to establish the practice and he settled with his family in Galway with “no intention of leaving”. He was also active within his specialty, representing the local Faculty on the ICGP Council and serving on various committees, as well as being secretary to the Galway GP Clinical Society.

Following the economic crash, a series of cuts to general practice funding were made under the Financial Emergency Measures in the Public Interest (FEMPI) Act, 2009. Nationally, these cuts reduced practice income by up to 38 per cent, prompting what many GPs consider as a burgeoning crisis in the specialty.

“Well, you are spinning the wheels faster and faster and faster, like a hamster on a wheel, trying to stay at the same level or at least not go backwards too much, because you have outgoings, you have overheads, premises, staff, secretary, nurse, all the IT overheads etc, etc,” reflects Dr Larkin of the post-FEMPI reality.

As work became ever more all-consuming, “there was no real time to socialise anymore”. Dr Larkin gave up golf and one of his few outlets was his work as a CME tutor, a role he undertook for over 20 years. He says the pay was “marginal”, but he enjoyed its collegiality.

Volatility in GMS income was another concern. It was “very hard to predict” GMS income from one period to the next, because of the “lack of transparency” as to what had been properly recompensed.

“There is kind of a morass in their payments… they [HSE] didn’t make it easy for us, and I think most GPs who are up to their eyes in work don’t have time to step back [and find out]; the grindstone is a millimetre from the nose all the time, and there is no time to strategise, to pull back and organise.”

The State’s predilection to issue discretionary medical cards, and then take them away, made it difficult to plan utilisation of practice resources. This also “sickened” him on behalf of his patients who depended on these cards.

To ensure he could keep a practice nurse and have a female doctor available, Dr Larkin recalls how he undertook an increasing amount of medico-legal work.

“That was a little bit of a ‘cash cow’ in that you got more turnover – more income per unit of hours worked.” But he didn’t enjoy it much.  “Most [people making claims] are genuine, but some of them aren’t, and it just wears you out. I did that because, first of all, the practice needed the income, second of all I was probably good at it and it became a bigger part of my income and I built it up…”

This income grew from a modest €5,000-10,000 per annum to a peak of about €50,000 “but that was to pay the staff. So I am running three hamster wheels – the general practice which is full time, the CME activity as a tutor, trying to keep that wheel spinning as fast as possible… and the medico-legal is a hamster wheel as well.

“I realised that if I kept going, something was going to give. I had been lucky with my genes, I had no major illnesses up to 55… One day I sat at my kitchen table and looked at the figures and also looked at where I was going, looked at the trend over the last 10 years and I thought, ‘this doesn’t actually add up’. I was 55, I didn’t have a desire to leave my job, but I wanted to be able to pull back, spend some time with my family and not be exhausted all the time.”

Dr Larkin became aware of medical work in Qatar through a friend in the pharmaceutical industry. He managed to get “a very well-paying job” there (Dr Larkin opted to keep his pay private). The GP says his primary objective of sorting out a pension is now “going in the right direction”. His employment package includes 50 days of annual leave and paid conference leave.

In his employment in Qatar, he feels his skills and expertise are held in very high regard, in sharp contrast to how he considers GPs are treated by the HSE and the Government.

He asks, “why has FEMPI not been restored – a much more severe one for GPs – yet the TDs have sorted themselves out; rural practices remain shorn of their distance codes [payment] yet TDs’ travel allowances are untouched”.

Dr Larkin argues it is a “classic case of the one dominant contractor abusing their position of power, just because they can and to hell with the consequences”. His greatest fear is it may already be too late to rectify the demise of the rural GP.

Recently, Dr Larkin needed to take off the best part of three months in sick leave. He says he would never have been able to do this in Irish general practice, noting an Irish-based GP colleague who returned to work three days after an operation “and was the sickest person in the practice that day”.

But he felt uncomfortable leaving patients and colleagues behind, despite the evident pressures in Irish general practice.

“When I see there is no change at all at home, it is getting worse, when I see the strain on my colleagues at home, I am starting to come around to the point where I don’t regret it – but of course I regret it, I regret it for my patients’ sake, I have a great relationship with hundreds of patients, they are my ‘pals’ really because of the symbiotic relationship when you are embedded in the community and have known these people for generations, it is very hard to walk away. There is a sense of betrayal – I don’t like that. Admitting defeat to yourself is not easy. But there you are.”

His work in Doha is, in some ways, “completely different” to Irish general practice. However, the commonality is that he is treating patients who have medical needs. “There is a constant there – people want someone to help them and listen to them, so it is very much the same process.

“There are about 15 Irish GPs [in the organisation] split between my own pre-retirement group, mid-to-late 50s, and there are younger GPs who have their kids who are primary or pre-schoolers and there is really no Irish doctor here who has teenage kids…We are a bunch of highly-trained GPs here who have all regrettably given up on the Irish system, we see it as abusive.”

One of his duties is early assisted discharge, ie, assessing hospital-based patients to see if they are fit to be treated at home by mobile units that the GPs run. He also works in a non-acute setting where patients are not yet well enough to be discharged home. The patients come from a range of backgrounds, he adds.

He hasn’t found it that difficult to acclimatise – “I am a big boy now.” His wife still works part-time in the practice in Knocknacarra and visits throughout the year. His four children are all grown, but his wife “keeps the nest warm”. He says both of their mothers are still alive, “….and we have a dog”.

It has been a lot to sacrifice, but Dr Larkin does not see himself returning to full-time Irish general practice.

The IMO, of which he retains membership, “has lost its way”, according to Dr Larkin. He also criticises the Government for its “strategic” decision to exclude the NAGP in contract negotiations.

The dawning reality is that taking on a practice is not viewed as attractive by recent GP graduates.

“There are very few of the young GPs and you can’t blame them, who would want to run a practice, want to run a business, want to carry the can for insurance and PRSI and all the overheads – it is a small business, which is a dirty word in medicine. I trained in the States and I saw how bad medicine can be when it is driven purely by business needs and desires, but I have developed a mantra for our SMEs that ‘there is no business without profit… at least not for very long’.

“So, you can run at a breakeven point for so long, you can run at a loss for so long, but if your business is not making enough profit it will eventually die and this is what is happening general practice around the country. The young GPs won’t take the risk, because they are not stupid, it doesn’t make financial sense and the Government can unilaterally change the payments at their whim, which is what happened with FEMPI.”

In the meantime, rural and small town GPs are working into their early 70s, with no-one wanting to take over the practice. The situation is especially pressurising given that GMS GPs have to make redundancy payments when they retire, if no succession arrangements have been made.

“It is going to come to an ugly end and a lot of families in rural areas and towns will not see the likes of the GP care their parents had before, they will have to commute outside of their community to get care and they will not get the same continuity of care,” warns Dr Larkin.

He says there is ample proof that continuity of care results in fewer emergency department visits, fewer specialist referrals and better patient outcomes. “The Government, it seems, are happy to rob the people of Ireland of this continuity of care and optimal outcomes,” he concludes.