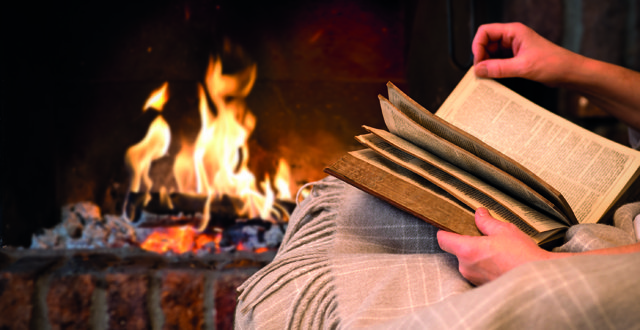 If you have not read this issue’s wonderfully articulate column by George Winter, it comes strongly recommended. He recalls his father passing away with great sensitivity and a healthy dose of practicality, as well as dealing with the important issue of the tendency to ‘medicalise’ those close to the end of their lives.

He also describes with great skill and affection how his father retained his mental fortitude and rapier-like sense of humour right to the end. If you haven’t read it yet, I suggest you put this particular column to one side and go to page 21.

It prompted me to revisit a study from last year from the University of Cambridge in the UK, which showed that people close to their death are quite willing to discuss their feelings and wishes, but quite often are just not asked about these issues (Death and the Oldest Old: Attitudes and Preferences for End-of-Life Care — Qualitative Research within a Population-Based Cohort Study. PLOS ONE, 2016; 11 (4): e0150686 DOI: 10.1371). However, it also revealed what to some might be surprisingly positive attitudes to passing away.

One man describes how his dying mother-in-law gave a long-life light bulb to her grand-daughter, quipping: “Something for you — it’s not worth me having.”

As you might expect, respondents in the study placed more importance on the manner of their deaths, rather than imminence. When asked about medical interventions that would keep them alive, a typical response was “just make me comfortable”.

Indeed, one family member expressed annoyance with his elderly relative’s doctor, who administered treatment for pneumonia. “She had no quality of life… she was ready to go… there was no consultation with us about it.”

For my own part, I recall a friend’s father, who was in a hospice at the time, telling him: “It’s nice when you bring me things, but don’t get any green bananas.”

In such situations, which are frequently so tense and awkward, it’s often the dying person themselves who breaks the tension with a judicious quip.

It’s an existential question worth pondering: If we have no problems discussing almost every other aspect of life, why is it so hard to broach the subject of death, which is as much a part of life as any other? Is it fear and anxiety on our part?

So many people are achieving increasingly greater longevity. In future years, there will be an even greater need for such conversations to not be considered taboo.

If your book’s got no nose…

… how does it smell?

Kindles, iPads and the rest are all well and good, but there’s something sensual about the feel and the aroma of an old book. I confess to feeling like a child in a candy shop in Dun’s Library at the RCPI.

Now something for those of similar ilk has been developed, titled the ‘Historic Book Odour Wheel’. Visitors to St Paul’s Cathedral’s Dean and Chapter Library in London were asked to use it for their interpretation of the aroma of some very old books.

‘Woody’ was the most frequent description — selected by 100 per cent of sniffers, in fact. The answers were multiple choice, and ‘smoky’ came in second at 86 per cent, with ‘earthy’ at 71 per cent.

A couple of studies have been dedicated to this phenomenon in an attempt to explore the link between the human senses and how they relate to the cultural significance and enjoyment of old books.

It’s nice to read a frivolous study sometimes. Curl-up with a good book tonight and take a big whiff.

Many thanks to the reader who sent me this gag.

An unfortunate patient experienced severe abdominal cramps after eating, followed quickly by loud flatulence, which was inexplicably accompanied by the word ‘Honda!’ emanating from his rear-end. His embarrassment high and quality of life low, our patient visits every eminent gastroenterologist in the land, but to no avail.

Finally, as a last resort, his physician refers him to a reclusive professor in the Himalayas, reputed to be the world’s greatest GI man but unconventional in his methods. Following a quick examination, the GI doc takes a sizeable syringe and extracts a large amount of pus from an abdominal abscess.

The man is instantly cured and once again is able to break wind normally. “I’m so grateful, doctor,” he gushes. “But how did you know?”

The GI genius replies: “It’s not well known in Western medicine, but all the great mystical healers understand that abscess makes the fart go ‘Honda!’”