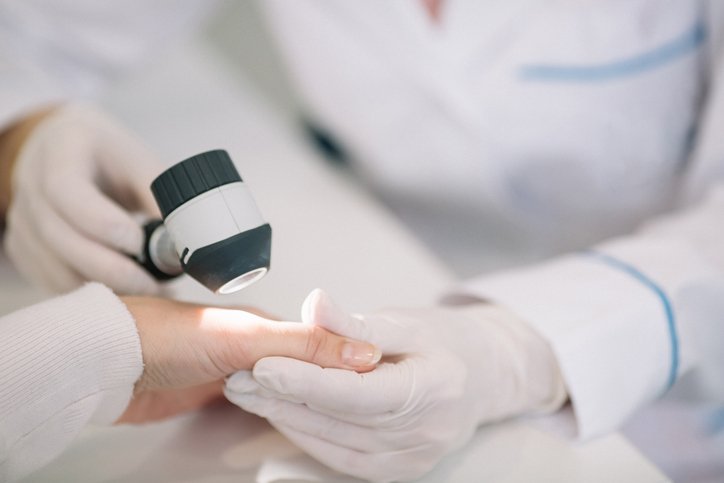 The Charles Institute, Ireland’s national dermatology research and education centre, hosts a range of guest speakers who cover a variety of topics ranging from skin cancer to psoriasis, among others. The series,
which is sponsored by RELIFE (part of the A.Menarini group), is designed to provide expert advice from a range of distinguished national and international experts in their respective fields and is chaired by Prof
Desmond Tobin, Full Professor of Dermatological Science at UCD School of Medicine and Director of the Charles Institute of Dermatology. The seminars are broadcast to attendees with a special interest in dermatology and cutaneous science in other locations, who access the talks remotely via an audio-visual link.

Attendees heard a presentation from Dr Colin Adrain (PhD), Senior Lecturer at the Patrick G Johnston Centre for Cancer Research at Queen’s University Belfast (QUB) and Instituto Gulbenkian de Ciência in Portugal, titled
‘iRhom Proteins and ADAM17: Key Regulators of Growth Control and Inflammation’. Among other research initiatives, Dr Adrain’s laboratory
at QUB uses a combination of mouse physiology and cellular biochemistry to study the regulation of inflammation and metabolism.

He addressed the seminar on the mechanism by which many cell signalling events involve the proteolytic release of key signalling proteins from the cell surface, catalysed by cell surface proteases. This mechanism allows the stringent spatiotemporal control over signalling that is required for developmental decisions or immune responses. He spoke particularly about ADAM17, a cell surface metalloprotease also called TACE, and how it plays a key role in catalysing inflammatory and growth factor signalling by
cleaving the activating ligands of the epidermal growth factor receptor (EGFR) and tumour necrosis factor (TNF).

He described the pathophysiological roles of the protein iRhom2, which is an essential co-factor for ADAM17, and outlined the current understanding of how this complex signalling machinery is regulated by protein co-factors.

Dr Adrain explained that the main research interests of his laboratory are cell signalling, organismal physiology and the secretory pathway and he discussed cell surface proteolysis and how ADAM17 controls inflammatory signalling. “TNF has to be cleaved by the protease ADAM17 and TNF is then released from cells, and that enables it to bind and therefore activate the TNF receptor, for example on a signal-receiving cell,” he said.

“Therefore, you have this relay event that is being catalysed by ADAM17,” Dr Adrain told the seminar. “It can drive inflammation; it can also drive NF kappa B activation, for example — ADAM17 does lots of other things besides what I will discuss [in the presentation],” he said. “There are probably dozens of physiological substrates of ADAM17, but one of the main themes
seems to be inflammation. Another seems to be epidermal growth factor receptor signalling (EGFR), which as we know plays a fundamental role in the skin, and in epithelia in general.”

Dr Adrain and his colleagues have identified the “dedicated machinery” that controls ADAM17, including its trafficking, maturation, activation and cell surface stability. “All of this is controlled by a molecular complex called
the Sheddase complex,” he said. “At a minimum, the Sheddase complex has ADAM17 and an accessory protein called iRhom2, as well as various other sub-units.” Dr Adrain outlined the identification of these various components of the Sheddase complex, with a particular focus on iRhom2.

iRhoms are ‘dead’ or pseudoenzymes that are essentially catalytically-inactive rhomboid homologs, and Dr Adrain presented a brief overview
of research that he and his colleagues have conducted on their relationship with physiological conditions, including cancer. “The evidence suggests that
the N-terminus of iRhom has an important regulatory role,” said Dr Adrain. “We know that it ‘mops-up’ signals that are known to activate ADAM17… there seem to be gain-offunction mutations within the iRhom N-terminus, and this is associated with keratinocyte disease and cancer.”

Dr Adrain synopsised the model for iRhom2 and the Sheddase complex and told the attendees: “ADAM17 has a kind of specialised ‘chaperone’, or regulator, that is required for its trafficking to the Golgi apparatus, where
it is activated by the enzyme furin, which makes it ‘mature’,” he said. “Then it needs to receive further signals on the cell surface that allow it to be activated, and this involves kinases phosphorylating iRhom2, which then
involves iRhom2 somehow releasing ADAM17 from the Sheddase complex, and that allows ADAM17 to cleave its substrates,” he said.

“And then there seem to be further regulatory steps that involve this protein called iTAP, and when you have high expression of iTAP, the levels of the Sheddase complex are high. When you have low levels of iTAP, then you see degradation of the Sheddase complex. This is a good illustration of how trafficking and compartmentalisation play a really important role in the regulation of signalling.”

He went on to briefly discuss research on the physiological role of ADAM17 and his work with mouse models, particularly in the field of obesity, in an effort to better understand its mechanism in relation to iRhom2, as well
as other aspects. He told the attendees: “We find that iRhom2 knockout mice are protected from hyperinsulinemia, as would have been predicted, but what was surprising was that whereas we thought the mice [models] would
be healthy-obese, they actually weren’t as obese as we thought they would be and seemed to resist weight gain when they were exposed to a high-fat diet.

“Essentially, we believe this is because they had elevated capacity to engage in heat production,” said Dr Adrain. “As we know, there are two ‘flavours’ of adipose tissue — white adipose tissue, which is a kind of fat-storage depot
and an endocrine organ in some ways, and brown adipose tissue, which is categorised by heterogeneously-sized lipid droplets that are rich in mitrochondria. These are required for the production of heat, so one of the dreams in [treating and controlling] obesity would be that we could convert the ‘bad’ storage white fat into brown fat, where you could then ‘burn’ the fat in order to produce heat,” he explained.

Essentially, said Dr Adrain, his findings showed that “the levels of a key thermogenic gene called UCP1 was upregulated in the iRhom knockout mice and in fact, the lipid droplet size was also smaller,” said Dr Adrain.

“We see ‘beigeing’ within the subcutaneous fat of these iRhom2 knockout mice that were associated with a highfat diet. This was associated with an elevation in the levels of UCP1, which is a key thermogenic gene in the context of a high-fat diet.”

He summarised by telling the seminar: “Somehow, when you knock-out iRhom2, you see an elevated level of UPC1 expression in primary adipocytes in these mice, and you see elevated thermogenesis.”

Dr Adrain outlined the future research targets for he and his colleagues, which includes screening for ADAM17 substrates in primary brown adipocytes and gaining a further understanding of thermogenesis and how it relates to environmental temperatures that mice are exposed to.

During an interactive Q&A session following the presentation, Prof Tobin asked Dr Adrain whether, in terms of macrophages, “are both TNF receptors 1 and 2 on the macrophage involved here, and if they are, considering the very different consequences of activating downstream
from each of these two TNF receptors, what is the impact of their distinctive effects on macrophage function? Is there then a lack of ‘cross-talk’ between the macrophages and other immune cells in order to have the normal effects of that signalling?”

“As you say, we have this kind of baroque scenario whereby ADAM17 cleaves TNF, which is the cytokine, but it also cleaves the receptors for TNF, TNFR1 and TNFR2” he said. “That complicates life a lot, because what I didn’t mention during my talk is that the soluble form of TNF — the form that is typically released and activated from M1 macrophages, for example — is the pro-inflammatory form. That preferentially binds to TNFR1, whereas the transmembrane or uncleaved forms of TNF preferentially
recognise TNFR2 (anti-inflammatory).

“So, conceptually, this sets up a scenario where cleavage of TNF by ADAM17 could result not only in the emission of a proinflammatory signal, which is what we see in our macrophage experiments, but it could also result in
mode-switching, where instead of being able to engage in anti-inflammatory signalling by failing to cleave TNF, you could be preferentially activating TNFR2, which could root into NF-kappa B activation. Then, when you superimpose on all of that the idea that ADAM17 can also cleave to receptors, it becomes even more complicated.” he said.

“So in the macrophage-based experiments that we have done, I assume that we are just seeing a failure to trigger inflammation as a consequence of a failure to release TNF, but I am almost certain that in other contexts… it’s
a much more complex scenario, where you have also got to factor-in the impact of accumulation of the uncleaved form of TNF, as well as the lack of the cleaved form, and additionally the cleavage of TNFR1 and TNFR2. So it will certainly come down to a conundrum where it’s all about whether ADAM17 is expressed in the signal-sending cell versus the signal-receiving cell… in the end, it will definitely come down to fine-tuning these responses.”