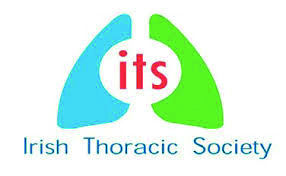 The Irish Thoracic Society (ITS) is the official society for the broad spectrum of healthcare professionals involved in the care of people with chronic or acute respiratory disease in Ireland. The Society’s membership consists of respiratory physicians, internal medicine physicians, paediatricians, thoracic surgeons, GPs, NCHDs, nurses, physiotherapists, pharmacists, dieticians, pulmonary function and respiratory technicians, scientists and other healthcare providers who specialise or have an interest in respiratory disease and care throughout the island of Ireland.

The highlight of the Society’s calendar year is approaching with the forthcoming 2017 Annual Scientific meeting. This year the meeting will be held in the Limerick Strand Hotel from 9 to 11 November.

As ever, the Society has developed a programme to reflect the excellent work in respiratory medicine and healthcare taking place throughout the island. It will also deliver ‘state of the art’ education on a range of topics.

Oral and poster presentations throughout the meeting will provide a unique opportunity to review and discuss the high standards of quality and innovation taking place in clinical and research centres throughout Ireland.

The ITS Case Study Forum, which takes place on Thursday evening, 9 November, has become a key event in the meeting’s programme and this year sees a record number of cases being presented, with over 60 submissions in total. The ITS Paediatric Forum also makes up a key part of the programme.

One of the key addresses at this year’s meeting will be a lecture on ‘Understanding of Diaphragm Performance’ by Prof F Dennis McCool, Memorial Hospital of Rhode Island and Alpert Medical School of Brown University, US.

He is a leader in advancing the science of measuring ventilation from body surface measurements and that of imaging the diaphragm using ultrasound.

In terms of research, one of Prof McCool’s significant contributions in this area were the findings that mean inspiratory flow rate, operational lung volume, and muscle energetics were key determinants of inspiratory muscle endurance. By extending these observations to patients with tetraplegia, Parkinson’s disease, diaphragm paralysis, and flail chest, a better understanding was obtained of respiratory muscle dysfunction in patients with varied diseases of the chest wall. While completing these studies, it became apparent that the tools available to assess respiratory muscle function were limited due to their invasive nature. Consequently Prof McCool became interested in developing ultrasound as a non-invasive tool to assess diaphragm function. After determining that diaphragm thickness could be accurately measured using ultrasound, Prof McCool found that measurements of thickness had physiologic relevance.

Specifically in a series of studies it was noted that 1) The resting cross-sectional area of the diaphragm was proportional to its strength; 2) Changes in diaphragm thickness during inspiration were proportional to its shortening; 3) Disuse of the diaphragm leads to atrophy; 4) Strength training and anabolic steroids result in diaphragm hypertrophy; 5) Diaphragm paralysis can be accurately and non-invasively diagnosed using ultrasound; and 6) Ultrasound can be employed to assess diaphragm activity during mechanical ventilation.

Prof McCool has also been actively developing non-invasive means of monitoring ventilation. By utilising models that he developed, changes in chest wall dimensions can provide measurements of ventilation with an accuracy of 15 per cent in ambulatory individuals. Quantitating ventilation using such non-invasive means would improve current methods of assessing risk from environmental exposures to air-borne particulates and toxic gases.

Another highlight of the meeting will be a lecture on the UK National Optimal Lung Cancer Pathway by Prof David Baldwin, Nottingham University Hospitals and University of Nottingham, UK.

Prof Baldwin was appointed Consultant Physician with an interest in respiratory medicine at Nottingham City Hospital (now Nottingham University Hospitals) in 1996. He is Honorary Professor in the school of Medicine at the University of Nottingham. He has published over 110 papers on many aspects of respiratory medicine and has more recently focused on lung cancer. He is Lead Respiratory Physician and co-applicant on the UK CT lung cancer screening trial (UKLS).

Prof Baldwin is enthusiastic about the use of interventional respiratory procedures in the diagnostic and staging process. He is Lead Clinician for the Nottingham Lung Cancer Centre. His national duties included the posts of Honorary Secretary of the British Thoracic Society, Clinical Lead on the NICE Lung Cancer Guideline Development Group (published in April 2011) and Chair of the Quality Outcomes standards Group on Lung Cancer. He holds a NICE Clinical Fellowship, and his research interests include: Epidemiology of lung cancer; diagnostic and staging clinical pathways in lung cancer; early diagnosis of lung cancer; and CT screening for lung cancer.

The National Optimal Clinical Pathway for suspected and confirmed lung cancer, which Prof Baldwin will speak about, was recently established to meet the waiting time targets as set out in the UK’s Independent Cancer Taskforce report. In addition it is designed to reduce delays within primary care relating to chest X-ray reporting and referral times with a potential to shorten the time to diagnosis by two to four months. This is because it is known that in England, chest X-ray rates increase substantially from four months prior to diagnosis of lung cancer. The times in the pathway are the maximum allowed and the aim should be for the majority of patients diagnosed within 14 days and treated within 28, given randomised controlled trial evidence that faster pathways improve outcomes. The initial identification and referral of patients with suspected lung cancer is dependent on primary care. Prompt recognition, risk assessment and referral is essential to reduce delay in diagnosis and to reduce the high proportion of lung cancer patients who are diagnosed via emergency admissions, according to the pathway document.

The majority of his work with occupational disease has been in the area of workplace asthma, the commonest occupational respiratory disease in the UK, although recently he has extended his interests to COPD and asbestos-related conditions. As far as environmental work is concerned he has concentrated on early-life determinants of childhood asthma, in the UK and elsewhere, and on the effects of traffic exposures. Other interests include the epidemiology of interstitial lung diseases and cystic fibrosis and the respiratory effects of industrial or environmental disasters.

Within the Brompton Hospital he is part of the team which runs the busiest clinical service in the UK for the investigation and management of occupational and other environmental lung diseases. Patients are referred from all parts of the UK for NHS treatment and care.

Prof Cullinan works as an advisor to a number of UK government bodies in his specialist field of occupational and environmental causes of lung disease.

He recently was the lead author of a review published in The Lancet Respiratory Medicine on occupational lung disease, which will be the topic of his talk.

The review states how, unlike many other non-communicable lung diseases, the proximal causes of many occupational lung diseases are well understood and they should be amenable to control with use of established and effective approaches. Therefore, the risks arising from exposure to silica and asbestos are well known, as are the means of their prevention. Although the incidence of occupational lung disease has decreased in many countries, in parts of the world undergoing rapid economic transition and population growth – often with large informal and unregulated workforces – occupational exposures continue to impose a heavy burden of disease.

“The incidence of interstitial and malignant lung diseases remains unacceptably high because control measures are not implemented or exposures arise in novel ways,” according to the review abstract.

“With the advent of innovative technologies, new threats are continually introduced to the workplace (eg, indium compounds and vicinal diketones). In developed countries, work-related asthma is the commonest occupational lung disease of short latency. Although generic, control measures to reduce the risk of developing or exacerbating asthma are well recognised, there is still uncertainty, for example, with regards to the management of workers who develop asthma but remain in the same job.”

There will also be a lecture at this week’s ITS meeting on the laboratory diagnosis of respiratory infections by Dr Tanya Curran, Clinical Scientist, Royal Victoria Hospital Belfast.

Dr Curran was involved in a study published last year in Medicine and Science in Sports and Exercise evaluating a non-invasive biomarker of mucosal immunity and common cold risk. The study was undertaken as research has not convincingly demonstrated the utility of saliva secretary immunoglobulin-A (SIgA) as a biomarker of upper respiratory tract infection (URTI) risk and disagreement exists about the influence of heavy exercise (‘open-window theory’) and dehydration on saliva SIgA. Prompted by the search for viable alternatives, the researchers compared the utility of tear and saliva SIgA to predict URTI prospectively and assessed the influence of exercise and dehydration using a repeated-measures crossover design.

The study found that tear SIgA does have utility as a non-invasive biomarker of mucosal immunity and common-cold risk.

Overall, the ITS Annual Scientific Meeting promises plenty for everyone with an interest in respiratory medicine, both at home and abroad.

There will be exclusive full coverage of the conference in the 27 November issue of the Medical Independent.