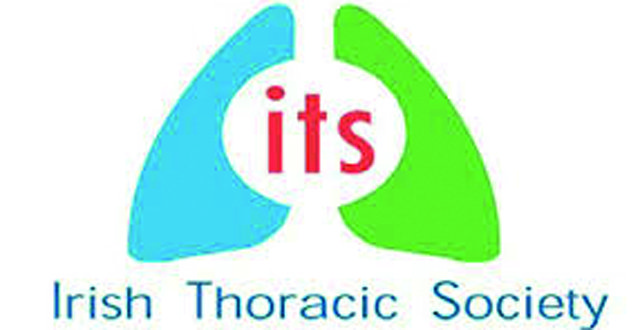 The Irish Thoracic Society (ITS) Annual Scientific Meeting 2018 takes place from 22-24 November at the Hastings Europa Hotel, Belfast, in what is an eagerly-anticipated gathering of the community of Irish respiratory medicine.

The 2017 Annual Scientific Meeting attracted some 400 delegates and the ITS expects this year’s conference attendance to exceed that number.

Speaking to the Medical Independent (MI), Dr Jacqueline Rendall, Consultant Respiratory Physician, Belfast City Hospital and member of the local organising committee, said the main conference will be preceded by an ITS Specialist Registrar (SpR) training session and ITS Case Study Forum, which will be held on Thursday, 22 November.

The training event will gather trainees from North and South for a joint teaching afternoon, and this will be followed by the Case Study Forum later that evening.

Dr Rendall said the Case Study Forum had grown exponentially, with over 100 submissions received this year, which is a record number. Six oral presentations have been chosen from the submissions and these will be discussed at the forum, which will be chaired by Dr Rendall. The case studies are: Potential Complication Post Oesophagogastrectomy (Respiratory Department, Galway University Hospital); Unusual Cause of Hydropneumothorax (Interventional Respiratory Unit, Galway University Hospital); A District General Hospital’s Encounter with an Orphan Interstitial Lung Disease (Department of Medicine, South West Acute Hospital, Western Health and Social Care Trust, Enniskillen); A Radiological Zebra (St James’s Hospital, Dublin); A Rare Cause of Endobronchial ‘Tumour’ (Department of Respiratory Medicine and Department of Pathology, Cork University Hospital); Unilateral Pulmonary Hyperlucency (Regional Respiratory Centre, Belfast City Hospital).

The main meeting begins on Friday, 23 November. Dr Rendall said a large number of abstracts had been received, which underlined a growing and substantial interest in the meeting. “More than ever, it was very difficult to choose the oral presentations, but they are of a very high quality,” she added.

Over the Friday and Saturday of the conference, parallel poster discussions will take place on topics such as COPD; sleep, ventilation and oxygen; cystic fibrosis and lung transplant; interstitial lung disease and lung cancer; asthma; pulmonary rehabilitation and integrated care; critical care and pulmonary vascular disease; tuberculosis; and respiratory infections.

There are a number of distinguished national and international keynote speakers during the two-day main conference. These include Dr Ian Woolhouse, Consultant in Respiratory and General Internal Medicine at University Hospitals Birmingham, UK. He will speak on the Friday afternoon of the conference on the topic ‘Care Pathways in Mesothelioma — Applying the 2018 British Thoracic Society (BTS) Guidelines’.

“There are new BTS mesothelioma guidelines, which were published recently, so we have asked the lead author Dr Ian Woolhouse from University Hospitals Birmingham to give us an update on the management of that,” explained Dr Rendall.

Dr Rendall pointed out the particular local significance of this keynote address. She said if one looks out the window of the Europa, where the meeting will be hosted, the cranes of the Harland and Wolff shipyard fall into view. Until the 1970s, asbestos was a widely-used insulation material in shipbuilding and many workers contracted asbestos-related disease, including mesothelioma, pleural plaques and lung cancer.

The consultant said she sees people with pleural plaques and asbestos-related lung disease in her general clinic “and of course mesothelioma is rare, but we will see more of it in Belfast”.

Another eagerly-anticipated keynote presentation later that afternoon will be delivered by Prof Martin Kolb, Division of Respirology, Department of Medicine, McMaster University, Canada, who will speak on ‘Demystifying Challenges in the Management of Idiopathic Pulmonary Fibrosis (IPF)’.

There are efforts towards setting up an IPF service in Belfast, therefore Prof Kolb’s talk will be of relevance to the local delegates, indicated Dr Rendall.

However, she also noted that the need to further develop IPF services is a shared area of interest north and south.

“A lot of hospitals have an interest in this — and a growing interest — because there are a lot of new drugs and new drug developments in this area,” she added.

In the south, continued Dr Rendall, there has been recent work around establishing a database of IPF patients in order to examine prevalence and treatments.  The ITS has been pivotally involved in the establishment of this registry and has also been highlighting the need to better resource services.

In August, in tandem with the launch of the registry, the Society called for the centres of expertise in lung fibrosis across Ireland to receive the required resources and staffing so that all patients with IPF receive the same high standards of care. The Society has also advocated for a “clear and specific” national clinical programme in the South to facilitate a standard pathway of care and to ensure the disease receives the critical focus it requires at all levels of the health service.

‘The Greatness Within’ will be the topic of what is sure to be a stirring talk by Mr David Crosby on the Saturday of the conference.

“He is going to share his inspiring story, from a double lung transplant, right through to running an international marathon circuit,” revealed Dr Rendall.

Unfortunately, Mr Healy cannot make this year’s ITS Annual Scientific Meeting. However, his colleague Prof Karen Redmond, Thoracic and Lung Transplant Surgeon at the Mater, will be presenting on the lung transplant service at the hospital.

Dr Rendall said this will be informative because in certain circumstances, patients from Northern Ireland can be referred to the service in the Republic, which Prof Redmond will discuss in further detail during her presentation.

Dr Rendall said there is “a lot” of co-operation among respiratory medicine specialists north and south. “In cystic fibrosis, which I work in myself, we have great links, we have a lot of all-island meetings and research collaboration… We link very frequently.”

Also speaking on Saturday, 24 November will be Prof Liam Heaney, Professor of Respiratory Medicine, Centre for Experimental Medicine, School of Medicine, Dentistry and Biomedical Sciences, Queen’s University Belfast, who will address the area of new developments in asthma management. Prof Heaney, who is a colleague of Dr Rendall’s at Belfast City Hospital, is a world-renowned expert in the area of severe asthma.

In conclusion, Dr Rendall said there had been a significant amount of positive feedback on the meeting programme and the chosen location in the centre of Belfast.

“A lot of people who have looked at the programme have come back to say it’s a great programme,” she said.

About the Irish Thoracic Society

The Irish Thoracic Society (ITS) is the official Society for the broad spectrum of healthcare professionals involved in the care of people with chronic or acute respiratory disease in Ireland. Membership of the Society is drawn from respiratory physicians, internal medicine physicians, paediatricians, thoracic surgeons, general practitioners, junior doctors, nurses, physiotherapists, pharmacists, dieticians, pulmonary function and respiratory technicians, scientists and other healthcare providers who specialise or have an interest in respiratory disease and care throughout Ireland, north and south.

The ITS was formed to support education and research into respiratory disease and its management on the island of Ireland. It also promotes awareness amongst the public and relevant authorities of related public health issues, including smoking, pollution and occupational factors. In addition to ongoing public information and advocacy activities, the Society holds an Annual Scientific Meeting which provides a forum for all members, with dedicated sessions for respiratory nurses, physiotherapists and respiratory technicians.

The current President of the ITS is Prof Ross Morgan, Consultant Respiratory Physician, Beaumont Hospital, Dublin.