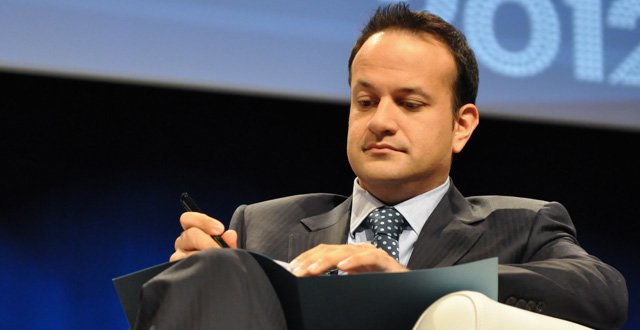 The Minister has also approved the appointment of Dr Fiona Lyons as National Clinical Lead for Sexual Health Services. Dr Lyons is a consultant in genitourinary and HIV medicine at St James’s Hospital.

And he confirmed that funding of €150,000 has been allocated to pilot Dublin’s first-ever free rapid HIV testing service and expand existing services in Cork and Limerick.

Minister Varadkar said: “We want to remove the stigma around sexual health and promote a more mature and open attitude to sexual health. Our goals are to expand existing services and make it easier for people to get tested, raise awareness of sexual health issues, and improve education by training teachers, youth workers and healthcare professionals.
“The recent increase in sexually transmitted infections means this is a good time to publish the strategy, and we particularly want to target at-risk groups. In the past, sex and sexual health were taboo subjects. Sex is a normal part of life and is essential to our survival as a species. Ultimately, good sexual health is down to personal responsibility but the Government can help by educating people to make better decisions about their sexual health, understand the personal and social cost of having an STI and by improving access to affordable testing and treatment. I particularly want to thank the many organisations who have done pioneering work in this area for many years.”

This is the first time that a nationally co-ordinated approach has been developed to improve the sexual health and wellbeing of the population. The Strategy will run from 2015-2020 and an Action Plan for 2015 and 2016 has been drafted to ensure that work starts immediately.

Key measures in the Strategy include:
·        The appointment of Dr Fiona Lyons as HSE National Clinical Lead for Sexual Health Services to ensure they are delivered to the highest clinical standards and that appropriate governance is in place;

·        Ensure that everyone who works with young people including parents, teachers and youth workers has access to proper training and back-up resources;

·        Raise awareness of the risk of unprotected sex and the importance of early testing and treatment;

The most recent data from the Healthy Ireland Survey found worrying evidence of risky sexual behaviour, with 17 per cent of those having sex with someone outside a steady relationship not using any form of contraception. Some 54 per cent of men who had sex with another man did not use a condom. The number of STI notifications has risen from 3,361 in 1995 to 12,753 in 2013, a rise of 279 per cent, and in 2013 some 314 people were diagnosed with HIV.  Some of this may be down to increased testing but that cannot explain it alone and the Strategy aims to improve understanding of the situation.