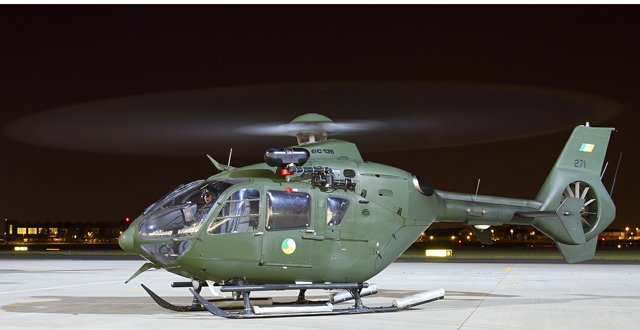 According to a spokesperson for the Department of Health, the number of missions completed in 2014 amounted to 695. The Irish Air Corps flew 353 missions, with the Irish Coast Guard undertaking the remaining 342. The spokesperson added that the Air Corps flew 411 emergency aeromedical service (EAS) missions in 2013.

According to the Irish Coast Guard’s website, in any one year the Coast Guard expects to undertake 100 missions to evacuate medical patients from Ireland’s islands to hospital and to assist 150 times in aeromedical HEMS (helicopter emergency medical service) missions on behalf of the Health Service Executive.

In May 2012, the then Ministers for Health and Justice, respectively, Dr James Reilly and Mr Alan Shatter, announced the launch of a 12-month pilot project which saw the Air Corps start to provide dedicated aeromedical support to the HSE National Ambulance Service. The service, which was designed to have a particular focus on the West of Ireland, began on 4 June, 2012.