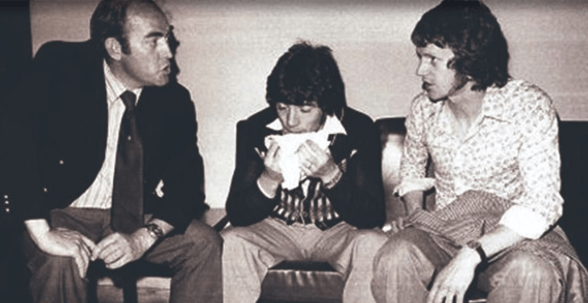 Unless you have no interest in sport or general mainstream news, you will have heard of the passing of ‘Big’ Jack Charlton, who won the football World Cup in 1966 with England but is of course most loved on this side of the Irish Sea for his exploits as manager of the Ireland senior squad between 1986-1996.

Anecdotes about Jack have been plentiful since his passing and in death as in life, he still manages to give us a smile. He was of course renowned for his love of fishing and the occasional pint of Guinness and was well known to frequent some of Ireland’s best fishing spots. At the height of his powers with the Ireland squad, word would get around that he was on a fishing trip to a small town, resulting in the bizarre spectacle of hundreds of people standing by a lake for hours, simply watching Jack try to catch a fish.

He was a refreshing throwback to a time when footballers and managers were generally down-to-earth characters with no airs and graces or pretensions, before astronomical financial interests took control of the direction of the game. It was a time when ‘testimonial’ matches were held for retiring footballers because they faced the real threat of destitution in retirement. The retiring player would receive a few thousand pounds from the gate receipts and after that, they were pretty much on their own.

My own small personal Big Jack anecdote is from the years of the late 1980s-1990s. A former girlfriend from a small village in Wexford reliably informed me that Big Jack was fond of frequenting some of the best fishing spots in that county, with his expeditions followed by an ample pub feed and his fair share of pints.

The legend goes that Jack would pay for these feasts by cheque, supposedly in the knowledge that these cheques would not be cashed, but rather would be framed and placed as decor on the pub wall. This was not to suggest that he was mean in any way, but rather, it illustrated the amusingly ‘canny’ disposition of a man who grew up with the basics in life in the coal-mining town of Northumberland.

An interesting side-story is that of Dr Neil Phillips, the UK physician who was doctor to the England football team when Charlton and his team-mates won the World Cup in 1966. Dr Phillips can rightfully be described as a pioneer, being as he was a sports medicine specialist in a time before the specialty was recognised as such.

Dr Phillips was also Vice Chairman and Director of Football at Middlesbrough Football Club and was regarded as a major influence in bringing Jack Charlton to the club in 1973 — Big Jack refused to be interviewed or sign a contract, and his only demands were that he would not be sacked under a ‘gentleman’s agreement’, would not have any interference from the board, and have three days off per week for shooting and fishing. There’s work-life balance in action.

Dr Phillips also grew up in a coal-mining town, Tredegar in South Wales. His ultimate ambition in early life was to be a professional cricketer; he was by his own admission a mediocre student, until during one rugby match he received a serious blow to the head. It is claimed following this injury he developed a photographic memory, which propelled his progress in medical studies in university (which he entered despite having no formal qualifications to do so).
He began his career in the then non-existent field of sports medicine in 1963; his medical career grew in tandem with his love of sports medicine. While England football team doctor, he helped the team prepare for the punishing heat of the 1970 World Cup in Mexico. Dr Phillips was one of the first to consider the importance of proper hydration, nutrition and altitude acclimatisation in preparation for a football tournament.

He ran a general practice in tandem with his duties at Middlesbrough FC and eventually ended up being appointed as Chief Executive of the former South Worcestershire Community NHS Trust.

If you want an amusing, insightful and informative look at the life of this medical pioneer, I strongly recommend getting your hands on a copy of his autobiography, titled Doctor to the World Champions: My Autobiography. Along with accounts of the anguish and helplessness he felt when treating some gravely ill patients, there are plenty of insightful anecdotes, such as how the England team sat in near silence in the dressing room after they had won the World Cup. No spraying each other with champagne, no pics straight to Instagram; just thoughtful reflection.