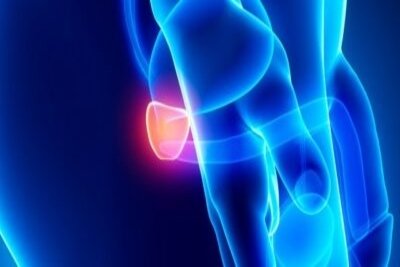 There are have been few more contentious issues in modern medicine than testing for prostate cancer. On one side of the argument, those defending the many imperfect trials in the area that fail to answer the question, and on the other, clinicians (GPs, urologists and oncologists) see the devastating effects of the disease, too often passed-off as part of the ageing process. The truth lies somewhere in between. Finally, evidence is accumulating from well-performed trials, and the fog is starting to lift. Recent GP guidelines from the National Cancer Control Programme (NCCP) were published to support GPs,<sup>1</sup> but the area is moving fast and Ireland must keep up.

Early detection of prostate cancer and awareness is an essential part of proactive healthcare, if we are to make serious inroads into mortality rates. Prostate cancer represents the most common non-cutaneous male cancer today and the second-most common cancer killer in men (urological cancers in fact make up three of the top nine cancers in men).<sup>2</sup> Having a middle-aged man attend his GP for a PSA would engage many men in healthcare who may not ordinarily attend the GP. Certainly, an opportunity many GPs and preventative health specialists would relish, where a middle-aged man could not only have his PSA checked, but use the opportunity to perform a cardiac check, dietary and exercise advice and mental health check, among others. The current European Association of Urology (EAU) prostate cancer guidelines (2015) recommend every man to have a baseline PSA done in their mid-40s,<sup>3</sup> and this could be the catalyst for a mid-life wellness review for Irish men.

Prostate cancer campaigns, such as the Know Your Number campaign in the US, encouraged men to get their PSA checked and to engage in early cancer detection. This was recently highlighted by Ben Stiller’s revelation in the <em>New York Times</em>, whose urologist had advised him to have a PSA check, as he was in his mid-40s (in conflict with current US guidelines on PSA testing, but in keeping with European guidelines). Efforts by global charities such as Movember have led to the worldwide annual phenomenon of growing a moustache. Many men get involved, as a family member may have been affected by prostate cancer. Having a first-degree relative (brother, father) doubles the risk; if two first-degree relatives are affected, there is five-fold increased risk. The presence of mutations in BRCA2 gene increases the risk of prostate cancer and may be linked to hereditary prostate cancer, particularly in younger men. Many may not be aware, but Ireland is part of the global effort against prostate cancer, led by Movember and supported by the Irish Cancer Society. There are many Irish scientists and clinicians engaged in this effort who have been working with global leaders, sharing biological samples and data for many years, such as Clinical Trials Ireland and the clinical trials units, radiation oncology trials and the Prostate Cancer Research Consortium.

Several recent publications have highlighted the prognostic value of a baseline PSA reading in younger men in their mid-40s.<sup>4</sup> PSA values remain low in most men, until BPH develops in men in their 50s and 60s and in Ireland, age-related PSA referral values have been adopted to reflect this.<sup>1</sup> However, PSA values in men in their mid-40s are associated with their subsequent risk of development of prostate cancer (Figure 1) over the next 25 years.<sup>3</sup> PSA data on Irish men is limited, but two studies found that the mean PSA aged 45 years is approximately 0.75ug/l (0.73-156).<sup>5,6 </sup>

Several recent studies now suggest that using a cut-off between 1 and 1.2 ug/l can stratify men into high risk and low risk for their lifetime risk of developing either bone metastases or dying from prostate cancer.<sup>3</sup> This allows for men at an increased risk of prostate cancer to be more closely monitored, and for potentially life-saving interventions to be made at an early stage. The Rotterdam arm of the ERSPC study showed a 47 per cent reduction in prostate cancer mortality and 60 per cent reduction in bone metastases over 18 years’ follow-up in men having a PSA checked every two years.<sup>7</sup>  Those deemed low risk are followed periodically at much larger intervals. Additional modalities such as the Prostate Health Index (PHI), 4K score (Opko), followed by multi-parametric MRI, further stratifies men into higher risk and quantifies the need to biopsy.

As the current system of opportunistic PSA testing has been shown to be of no benefit, and potentially harmful, a new evidence-based approach, with both health and financial benefits, should be adopted.<sup>8</sup> This early detection algorithm (Figure 2) has been proposed to the National Screening Service (NSS) by the Irish Society of Urology (ISU) and the NCCP. It has the potential to reduce prostate cancer mortality by up to 50 per cent.<sup>7</sup> Research at the Conway Institute, UCD, by Prof William Watson, using data obtained from the NCCP rapid-access clinics, has produced the Irish prostate cancer calculator, which can be used to determine a patient’s individual risk of high-grade prostate cancer on biopsy.<sup>9</sup> This can be used to advise the patient to avoid a biopsy.

At the recent EAU meeting in Copenhagen, the PRECISION trial<sup>10</sup> has clearly demonstrated that the MRI first, followed by a targeted biopsy, should be the standard of care and must be supported by all healthcare stakeholders. Multi-parametric imaging of the prostate performed to the highest standard with PIRADS v2 reporting is an essential component in efforts to reduce unnecessary biopsy and prostate cancer over-diagnosis. In men with an elevated PSA, the PHI and 4K score tests are highly-specific tests that can further inform a biopsy. These tests are not currently centrally-funded and therefore are not available in Ireland. Their use reduces the need for prostate biopsy up to by 40 per cent.<sup>11</sup>  Following a biopsy, the Prolaris and Oncotype DX tests can be performed on the biopsy material and determine which patients will benefit from active surveillance or radical therapy. Again, this is not centrally-funded, and thus is not available in Ireland.