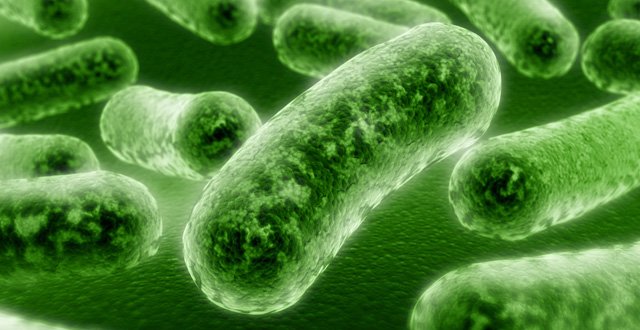 On 5 April, the website of Médecins Sans Frontières (MSF) in Ireland reported treating patients at the Bab Al Hawa hospital in Syria. They had “symptoms… consistent with exposure to a neurotoxic agent such as sarin gas…. The MSF team provided drugs and antidotes to treat patients and provided protective clothing for medical staff.”

On 6 April, the United States President Donald Trump ordered an attack on the presumptive air base from which Syrian jets had launched these chemical agents. When President Trump acts, high horses are often tethered nearby and many people climbed on theirs to denounce the idea of any sort of intervention in Syria. So let me mount my own vertiginous steed to suggest that while the question of whether there should be a specific intervention in Syria has no simple answer – certainly not one that I can offer − I am nonetheless a convert to the general principle of humanitarian intervention.

The catalyst for my conversion was two words in a 2005 speech by Jacques Forster, Vice-President of the International Committee of the Red Cross (ICRC), marking the 80th anniversary of the 1925 Geneva Protocol prohibiting asphyxiating, poisonous or other gases and bacteriological methods of warfare. The words were “a handful”, and this was the context: “It must be said that despite a handful of well-known violations since 1925, the norm against poison weapons enshrined in the 1925 Protocol has been respected in nearly all of the hundreds of armed conflicts since its adoption.”

Counted among this “handful” were thousands of Kurds in northern Iraq who were gassed during the Anfal of the late 1980s, while the West did nothing. In Kanan Makiya’s Cruelty and Silence (1994), Ali Hasan al-Majeed – so-called ‘Chemical Ali’ – fussed over the precise number of civilians killed (including 5,000 gassed in Halabja in 1988): “What is this exaggerated figure of 182,000? It couldn’t have been more than 100,000.”

When thousands of gas-attack victims are dismissively categorised as being part of “a handful” of violations, it is reassuring to know that individuals such as MSF co-founder (and founder of Doctors of the World in 1980) Dr Bernard Kouchner see a role for humanitarian intervention on behalf of – I would infer – victims such as these, favouring the protection of human rights over the sanctity of national sovereignty.

Today, few dare to advocate chemical weapons as acceptable means of conducting warfare. But this was not the case in 1925 when geneticist/physiologist JBS Haldane (1892−1964) published his Callinicus: A Defence of Chemical Warfare. Ironically, Callinicus was a 7th century Syrian refugee, credited with inventing ‘Greek fire’, an incendiary liquid used by fighting ships. In Ronald Clark’s biography JBS: The Life and Work of JBS Haldane (1968), he records Haldane arguing that the use of gas was not ethically different from the use of other weapons: “If it is right for me to fight my enemy with a sword, it is right for me to fight him with mustard gas; if the one is wrong, so is the other.”

Haldane also contended that gas was probably more humane, recalling from personal experience that he had been buried alive, asphyxiated (through experimentation) to the point of unconsciousness and wounded during the First World War. He said that the pain and discomfort of near-asphyxiation “were utterly negligible compared with those produced by a good septic shell-wound”.

But chemical weapons may soon be ‘old hat’ when other weapons that select victims according to their ethnicity are on the horizon. And the horizon was glimpsed by Jacques Forster of the ICRC when he noted in his speech that “the potential to target a particular ethnic group with a biological agent is probably not far off”. Forster was speaking in 2005, so how far off is “not far off”? I’ve no idea, so maybe we should think about it.

Someone who has thought about it is Dr Jacob M Appel, who, writing in the Journal of Medical Ethics (2009, 35: 429−32), asks Is all fair in biological warfare? The controversy over genetically engineered biological weapons. Appel notes that South Africa was accused of undertaking research on pathogens that would only harm indigenous black people; that Israel attempted to develop an anti-Arab bomb; and that the Soviet Union was working to alter human genes through biological agents for military purposes. He also cites evidence claiming that, in 2007, Russian President Vladimir Putin ordered a ban that prevented the export of human biological materials, fearing that it might “enable Western scientists to make ethnic-specific biological weapons” against Russians.

It is natural to feel repelled at the prospect of such weaponry being manufactured and deployed, but as Appel points out, “the irrational underpinning and pernicious consequences of racism and bigotry simply do not apply in discussions of weapons of mass destruction”.

When chemical weapons are actively sought by terrorists and deployed by some governments, ‘Stop the War’ marches, for example, have limited effect. Liberal democracies, I believe, should be prepared to make timely humanitarian interventions and show that some people are not prepared to tolerate the intolerable.