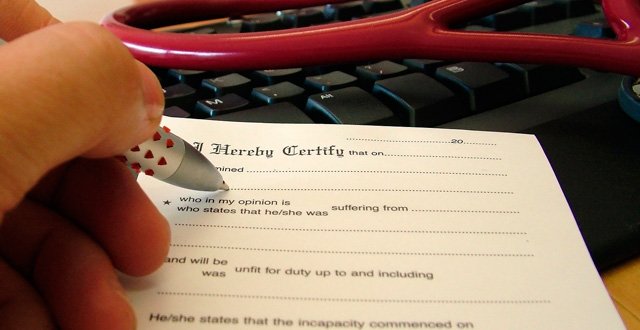 There is little as fear-inducing for a columnist as a blank page in the small hours with a deadline looming in the morning. You question yourself – “Why would I write about that?” “Who is interested in my opinion anyway?” moving swiftly onto “Why did I ever agree to doing this in the first place?” Your mind is an empty space devoid of ideas and the rest of you breaks out in a cold sweat. It’s not unlike being a junior doctor on call. At times like this I fall back onto doing what I do best… Talking about myself?, you ask.

Yes! Not for me is the challenge of researching and reporting on a topic. I like to stick firmly to personal experience with an occasional healthy dash of opinion thrown in.

So it is my considered opinion that it is becoming increasingly difficult to be a doctor, increasing difficult to do the job. It seems to me that an ever lengthening list of demands are being put to us, where neither the Government, the Medical Council nor our patients recognise that we too are merely human and not some kind of super beings able to keep taking on new hoops to jump through, new hurdles to leap over.

I’m not merely talking about our increased workloads, which for many of us are reaching unsafe levels, and if we do mess up it is us who will pay the price in both monetary and career terms.

I’m not merely talking about increasing levels of continuous professional development that we are unable to attend during our already over-long working weeks so we must attend them on dark wintery evenings – when we haven’t seen our families all day and haven’t eaten since breakfast – and all day on weekends in hotel conference rooms that all look the same.

Nor am I talking about a changing type of practice where doctors are increasing likely to be sued and where the Medical Council operates in an adversarial fashion – whether or not the doctor has any case to answer – causing massive strain and mental distress to the doctor in question.

Nor even am I talking about the demands from patients – who in fairness have a right to want a properly functional health service where they can get appointments in a timely fashion. They do not realise when they ask to be fitted into an already over-booked surgery that the doctor in question simply has nothing left to give.

No – what I’m actually talking about are the pressures on doctors who are sick or medically unfit because of pregnancy to work but who are expected to soldier on, like some kind of indentured servants working under the auspices of HIQA and the Department of Health – where health and safety and sick certification apply to everyone else other than us.

Several times in the past year or so I have heard about colleagues working in single-handed practices, often in rural locations where it is hard to get a locum, who have been sick. In one case undergoing cancer treatment, in others it was maternity leave and complicated pregnancies that were the issues. In all of these cases these doctors were unfit for work and unable to find anyone to cover for them.

Did the HSE or HIQA or indeed any member of official Ireland step in and say something must be done for these poor sick medics who are unable to work – and their patients? No. Absolutely no one.  These doctors were expected to struggle on though their health was suffering and work more or less until they dropped. And it is disgusting.

And it, of course, adds hugely to the strain they are under, which is neither good for them or their health or their pregnancies. It is also extremely disheartening because nothing says to someone ‘we don’t give a crap about you’ like being told you can’t have a day off to get chemo for your breast cancer – you need to open up your surgery instead in case any under-sixes need to be seen.

They are all over Ireland; doctors who for a variety of personal reasons should not be working but for pragmatic reasons cannot leave their desks. That isn’t right. And that shouldn’t be the way it is. No job should demand that of you. No other job does.

Last weekend was a big one for the IMO. I resigned from that organisation over the handling of the McNeice affair, so I have no input into what they decide on anything but I would suggest this: That in any future contracts that may be drawn up all the attention isn’t put into the monetary end of things. Some consideration should be given to the basic right to be sick and not be expected to go to work. Is that not one of the tenants our profession is based on? Should it not apply to us as well?