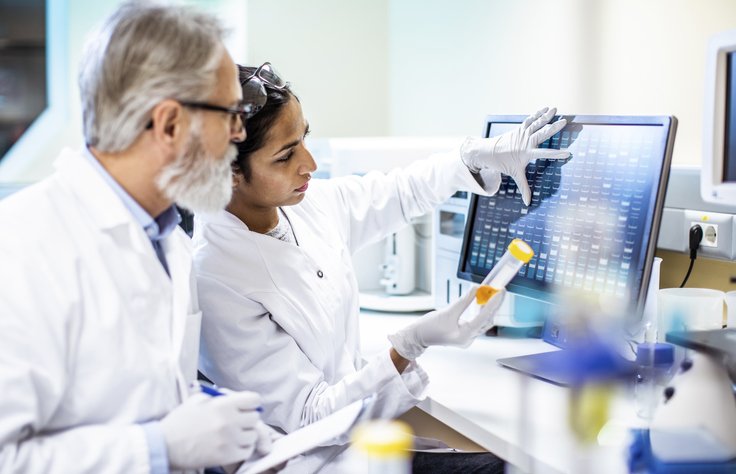 A recent paper by the adolescent and young adult (AYA) working group of the European Society for Medical Oncology (ESMO) and the European Society for Paediatric Oncology (SIOPE), outlined that AYAs with cancer have “inequitable access” to cancer care. The position paper, published in ESMO Open-Cancer Horizons, aims to highlight the specific challenges faced by adolescents and young adults and offer possible solutions to ultimately improve the standard of care for AYAs with cancer.

The ESMO and the SIOPE established a joint working group in 2015 to increase awareness among adult and paediatric oncology communities and strengthen knowledge on issues specific to AYA cancer. Prof Owen Smith, Professor of Paediatric and Adolescent Haematology, University College Dublin, and Consultant Paediatric Haematologist, Children’s Health Ireland at Crumlin, is a member of the ESMO/SIOPE AYA working group and an author of the position paper. He was appointed as National Clinical Lead for children and adolescents/young adults in 2019 by the National Cancer Control Programme. This was a post recommended by the National Cancer Strategy 2017-2026, which for the first time recognised AYA cancer patients as a distinct group.

Prof Smith told the Medical Independent (MI) that this group of patients is a “unique oncology community” whose needs must be addressed. The working group defines the AYA population in an inclusive age range of 15-to-39 years. Based on this definition, 6.8 per cent of all cancers reported worldwide in 2018 were diagnosed in AYAs.

Haematological malignancies (predominantly lymphomas and leukaemia) and central nervous system tumours are more common in ‘young’ AYAs. But as age increases, carcinomas become more common and represent more than 50 per cent of malignancies in AYAs for those diagnosed at the upper age limit of 39 years. The position paper is “intended to be part of a wider strategy to define a common vision, to identify the areas of convergence, and the actions that will hopefully improve outcomes for AYAs with cancer in Europe”.

When members of ESMO and SIOPE were asked if their patients had access to specialised services for AYAs with cancer, or if these services were in development, only 33 per cent confirmed that they did. The proportion was just 13 per cent in Eastern and South-Eastern Europe, while for Western Europe it was 45 per cent. This percentage was higher for Northern Europe at 60 per cent. However, the working group stated that this is still “insufficient”. Prof Smith said that there is a need for “special attention to [AYAs’] specific needs”.

These include fertility preservation; survivorship; transition issues; education; psychosocial care; and age-appropriate environments, he explained. The paper states that although the age range of AYAs spans across children and younger adults, it has been proven that neither “the classic paediatric nor the adult models of care meet their complex needs”.
Survival gains among AYAs with cancer have improved “only modestly” in comparison with adult and childhood cancers. The working group has encouraged national oncology societies to develop strategies and specialised services that can improve the outcomes for AYAs with cancer.

The position paper states that due to the clinical and psychological needs of AYAs, a multidisciplinary approach to care with an extended group of medical, psychological, social, and educational professionals is necessary. The involvement of a large multidisciplinary team (MDT) would ideally have more than one of each discipline to help with expert discussion on individual cases.

The MDT would include pathologists, oncologists, radiotherapists, and surgeons. It would also extend to mental health specialists, cancer nurses, clinical nurse specialists, clinical trial managers, palliative care specialists, social workers, physiotherapists, occupational therapists, experts in educational and work support, nutrition, fertility and sexuality, youth workers, and body image experts. All members of the MDT should have age-specific skills and experience to be able to address AYA needs and provide them with optimal care.

It is also important to take a family-centred approach to care when treating AYAs with cancer for the best quality of care, according to the paper. Prof Smith explained that adolescents’ needs are much different to those of older adults or children. At this age, they are neither dependent on their family nor completely independent.

The paper stated that “an AYA-specific approach is needed to ensure that all eligible young people and their physicians are aware of open or available clinical trials and other research initiatives”. Prof Smith explained that AYA patients between the age of 16-to-24 years are going through a developmental stage where they may experience issues with body image and self-esteem, among other issues.

“This particular group of patients need to be looked after by a specific group of professionals that deal with those issues,” he said.

AYAs with cancer are less likely to enrol in clinical trials. One reason is the paucity of trials for common AYA cancer types. The age eligibility criteria for some clinical trials is described as “restrictive” in the position paper, with the age limit of 18 years, making younger AYAs ineligible for the majority of industry-led clinical trials.

Speaking on the importance of clinical trials, Prof Smith told MI that “patients who are entered into clinical trials do better than patients who don’t”, explaining that the trials can offer better outcomes for AYA patients. He continued: “[When] we get them on the clinical trials, we’ll start to understand the biology of their cancers, which are different to children’s cancers and older adult cancers.”

As a result of few AYAs entering clinical trials, there is limited knowledge on the molecular mechanisms for this population’s cancer in comparison to adult and children’s cancers, Prof Smith explained. The paper stated that a “multifaceted strategy” is required to improve AYAs’ participation in clinical trials, along with modification to conventional approaches to regulation, protocol development, drug development, and care environments.

ACCELERATE was established by SIOPE in 2015 to create strategies to strengthen and improve the global development of paediatric oncology drugs. The group introduced Fostering Age Inclusive Research (FAIR) in 2017 to raise awareness of and promote change for clinical trials for AYAs with cancer. These suggestions include developing trials driven by drug mechanism-of-action with eligibility guided by susceptibility of the disease biologically in that individual to that mechanism of action, rather than being driven by cancer type or age; inclusion of adolescents from the age of 12 years in adult early phase I/II trials; support for the inclusion of young adults in paediatric protocols for paediatric-type malignancies, with no upper age limit.

ACCELERATE also suggest a revision of the European Paediatric Regulation to minimise companies waiving approvals and to further encourage clinical trials among the AYA population. The Regulation was introduced in 2007 to ensure that medicines for use in children are of high quality, ethically researched, and authorised.

The ESMO and SIOPE stated that it is “of utmost importance” that awareness of AYA-related cancer and education for healthcare providers, patients and their families is increased. A survey carried out by the two societies found that there were “substantial inequalities” in access to specialised facilities for AYA cancer, as well as the support by healthcare providers including psychologists, social workers, AYA-dedicated nurses, dietitians and physiotherapists. The working group is collaborating with the ESMO and SIOPE in developing a number of educational materials, including a clinical guide handbook and e-learning modules to try to address inequalities in education and awareness of AYA cancer care.

According to the position paper, the ESMO/American Society of Clinical Oncology joint curriculum currently includes training in AYA-dedicated cancer care among the minimum educational requirements for a medical oncologist.
Similarly, the European Oncology Nursing Society Cancer Nursing Education Framework includes training in AYA-dedicated cancer care as one of the minimum educational requirements for cancer nurses.The working group hopes to establish a joint integration programme between adult and paediatric oncology, nursing and other stakeholders in a “strong partnership” with patient advocates to facilitate a better understanding and awareness of AYA cancer diagnosis, treatment, and care.

Going forward, the paper said that dedicated and financially well-supported AYA-specific services and networks are essential and may be the best way to improve care, increase access to clinical trials and ultimately improve outcomes for AYAs with cancer. Prof Smith said that public awareness and funding are needed to develop the level of care and knowledge surrounding AYA cancer.

“We need the public to know about this; we need philanthropic funding to really develop,” according to Prof Smith. “It is not all going to come from the HSE’s purse.”